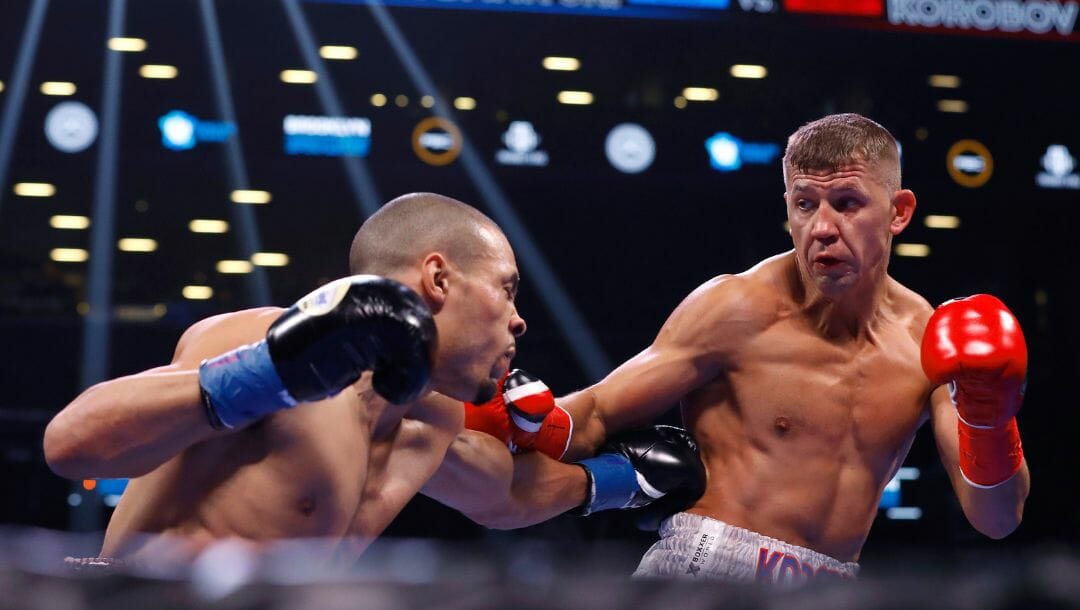 Eubank Jr.’s better record compared to Smith is one of the primary reasons he is the favorite in the boxing betting odds at -250, while Smith takes on the underdog mantle at +220. Additionally, the bout will be contested in Eubank Jr.’s natural weight class at middleweight because Smith will move up from the light middleweight division.

Chris Eubank Jr. made his pro debut in November 2011 when he had a dream start to his career with a fourth-round TKO of Kiril Psonko. He wasted no time piling up the wins as he fought in eight bouts in 2012 and won all of them by beating Jason Ball, Paul Allison, Harry Matthews, Terry Carruthers, Tadas Jonkus, Ruslans Pojonisves, Bradley Pryce and Olegs Fedotovs.

The boxer from Hove, Sussex, United Kingdom, continued this streak with another nine straight victories over Tyan Booth, Alexey Ribchev, Frankie Borg, Alistair Warren, Sandor Micsko, Robert Swierzbinski, Stephan Horvath, Ivan Jukic and Omar Siala from June 2013 to November 2014. This extended his undefeated record 18-0 and was key to setting up a title match.

In November 2014, Eubank Jr. received his maiden boxing title opportunity against Billy Joe Saunders for the British Middleweight, Commonwealth Boxing Council Middleweight and EBU European Middleweight Titles; however, Saunders squeezed out a close split decision victory over Eubank Jr. to deny him the chance of becoming a boxing champion.

That defeat was just a bump on the road for the now-Brighton, Sussex resident because three months later, in February 2015, he was pitted against Dmitrii Chudinov for the WBA Interim World Middleweight Title, and Eubank Jr. made sure never to let this chance slip away by scoring a 12th-round TKO win against Chudinov.

He fended off a challenge from Tony Jeter in October 2015 to defend his WBA Interim Title with a second-round TKO before stopping Gary O’Sullivan two months later in December via seventh-round corner stoppage. This three-fight mini streak became Eubank Jr.’s ticket to fight Nick Blackwell in March 2016 for the British Middleweight Title.

The “Next Gen” dominated Blackwell en route to a tenth-round TKO victory to collect his second boxing title. In June 2016, Eubank Jr. triumphantly defended the British title against his undefeated challenger Tom Doran with a statement victory via fourth-round TKO. Despite the success that he was having in the division, the British made a jump to the super middleweight division.

Eubank Jr. moved up in the super middleweight division and challenged Renold Quinlan for the IBO World Super Middleweight strap in February 2017, where he claimed the said title with a tenth-round TKO stoppage win over Quinlan. He instantly defended it twice by defeating Arthur Abraham and Avni Yildirim in July and October 2017.

These two defenses had arranged Eubank Jr. a WBA World Super Middleweight Title clash with George Groves in February 2018; unfortunately, he came up short after Groves got the win via unanimous decision. The 33-year-old wrapped up his 167-pound stint with wins over JJ McDonagh in September 2018 and James DeGale in February 2019.

After his six-fight campaign in super middleweight, Eubank Jr. triumphantly returned to the middleweight division in December 2019 and beat Matvey Korobov with a second-round TKO to earn the WBA Interim World Middleweight Title. He went on a year off in 2020 before stringing up three more victories against Marcus Morrison, Wanik Awdijan and Liam Williams.

Before transitioning to the paid ranks, Liam Smith was a gold medalist during the 2006 British Four Nations Junior Championships and 2008 ABA National Championships. He made his professional debut against Duncan Cottier in October 2008 and outpointed him to bag his first career victory.

These 13 straight triumphs were instrumental in Smith’s quest to become a boxing champion. He realized this dream by winning the vacant Commonwealth Boxing Council Super Welterweight Title in December 2012 against Steve O’Meeara via unanimous decision. After this title triumph, the Liverpool native fought Max Maxwell in the middleweight division and won by points.

Then, Smith returned to the super welterweight division and picked up another vacant title by winning the British Super Welterweight Title against Erick Ochieng in September 2013. He immediately defended it twice over Mark Thompson and Jason Welborn in December 2013 and July 2014 via fourth-round TKO and sixth-round knockout, respectively.

Smith defended the WBO World Super Welterweight Title against Jimmy Kelly in December 2015 via seventh-round TKO and Predrag Radosevic in June 2016 via second-round knockout. However, in his third title defense against Canelo Alvarez, Smith suffered his first career defeat and knockout loss in September 2016 via ninth-round stoppage.

Chris Eubank Jr. vs. Liam Smith: Tale of the Tape

Naturally, Liam Smith is a pressure fighter who bullies and pushes his opponents with his constant movement forward throughout the fight, thus utilizing his stiff jab. He also has a decent speed and head movement to pair, which is perfectly paired with his fight IQ, and he uses this to find the perfect angle for his punches.

On the other side of the fence, Chris Eubank Jr. is a more dynamic, athletic and complete boxer than Smith because he can adjust pretty well during fights depending on his opponent’s style. He can be a brawler, a boxer and even a counterpuncher. With the aforementioned style of Smith, he is expected to be a counterpuncher in this fight with him.

Despite the wealth of experience that Smith has gained by having more fights under his belt and facing the top names in the super welterweight division, Eubank Jr.’s natural frame and weight at middleweight will be the x-factor in this fight because Smith only has six bouts in the middleweight division. This is one of the primary reasons Eubank Jr. is the favorite to win.

Additionally, Smith is at the tail end of his best years, while Eubank Jr. is arguably in the middle of it, which means that “Beefy” is also facing father time at the same time. The power difference will also be evident in this match, and once Eubank Jr. finds his range and timing, it will only be a matter of time before he scores a stoppage win against Smith.