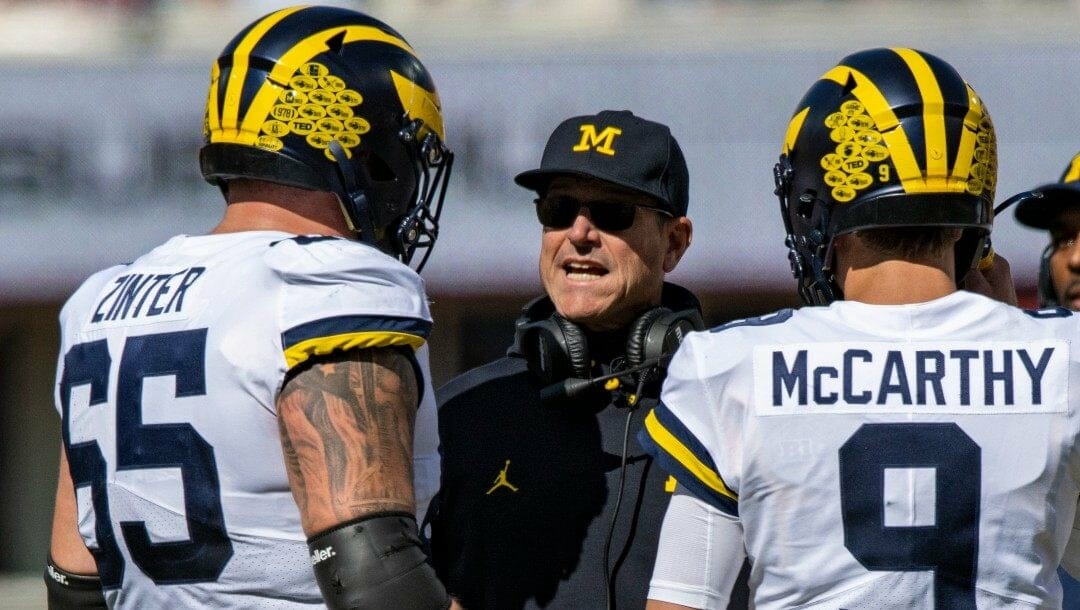 How many teams do they have in the AP top 25 poll? Here’s a look going into Week 14.

Michigan went to the Horseshoe and pummeled the Ohio State Buckeyes. The Wolverines were the better and more physical team for the second straight season and proved they are currently the best program in the Big Ten.

J.J. McCarthy only completed 12 passes, but those 12 completions went for 263 yards and three touchdowns. Blake Corum tried to play but only managed two carries before exiting the contest permanently.

It was no problem for the Wolverines as Donovan Edwards stepped in and carried the ball 22 times for 216 yards with two touchdowns. Cornelius Johnson was the standout receiver with 160 yards as Michigan hit big play after big play against the Ohio State defense in the 45-23 victory.

The Buckeyes fell at home to the Michigan Wolverines, and the last impression they leave on the College Football Playoff committee is not a pleasant one.

C.J. Stroud had 349 yards, but he threw two critical interceptions. The defense was repeatedly gashed for big plays on the ground and through the air. The Buckeyes drop to No. 5 in the poll, one spot ahead of Alabama.

The Penn State Nittany Lions moved up three spots after hammering Michigan State at home to complete a 10-2 season. They performed as expected this season — beating everyone outside of Ohio State and Michigan and mostly doing so convincingly.

Sean Clifford finished an excellent career at State College with another good outing, and the Nittany Lions outgained MSU 410-254. This squad will solidly be in the New Year’s Six discussions.

The Big Ten West has three teams receiving votes, with Illinois, Iowa, and Purdue all getting a few but not enough to squeak into the top 25. As Big Ten West champs, Purdue is receiving the most of that group but not quite enough to be ranked.