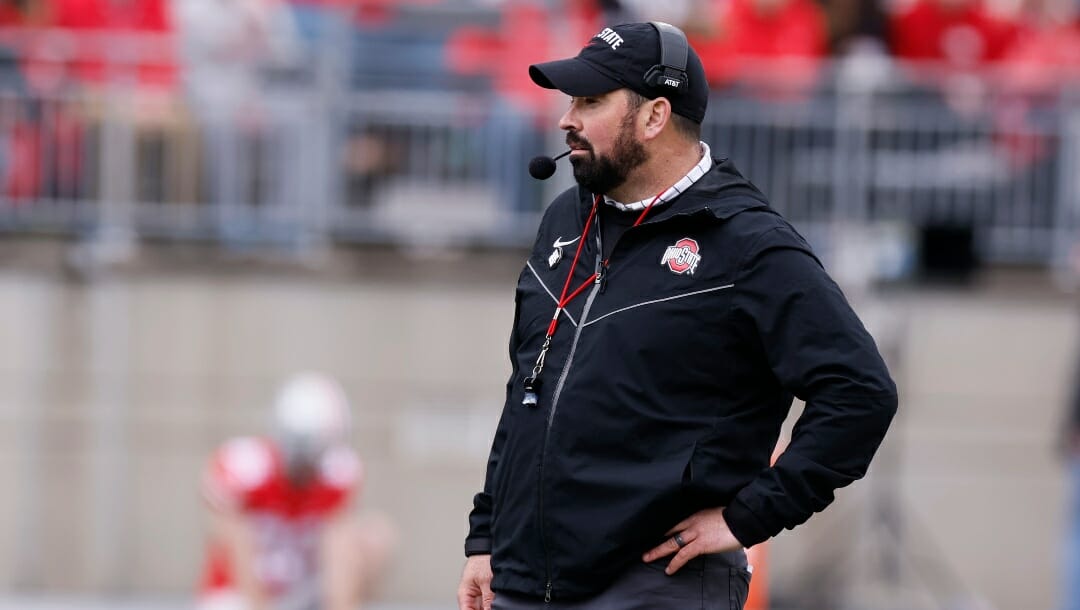 The Ohio State Buckeyes have been drawing significant interest from bettors during the offseason, and there’s a lot of intrigue surrounding them heading into the season.

As of now, they have college football odds of +350 to win it all.

C.J. Stroud and the Buckeyes are coming off a dramatic Rose Bowl victory, where he threw for 573 yards. In that game, his top wide receiver option Jaxon Smith-Njigba put together a record-setting performance with 347 receiving yards and three touchdowns.

Most bet to win the College Football National Championship by state @BetMGM 👀 pic.twitter.com/2mHGi2Sb9e

After throwing for 44 touchdowns last season, Stroud looks to build on that this year before declaring for the NFL Draft, where he should be one of the first names off the board.

With a familiar Buckeyes offense heading into the 2022-23 campaign, there’s no reason they shouldn’t be a threat to win the National Championship. In addition, the Buckeyes should boast a much-improved defense, which was an issue last season, failing to get stops in the Rose Bowl or against Michigan.

The Buckeyes hold the highest ticket and handle percentages, with more than 50% of the money heading towards the 2014 national champions. Ohio State has 24.6% of tickets to lead the pack, followed by Alabama with 19.9%.

Alabama and Ohio State are the only programs with more than 10% of tickets.

With that, the straightforward story here has been the support of the Buckeyes in terms of money sent in their direction. Ohio State currently boasts 50.6% of the handle, with no other team besides Alabama owning more than 16.7% of the money.

This will be interesting to follow, especially with Alabama again expecting to be a dominant team, headlined by Bryce Young and Will Anderson Jr.

Multiple teams other than Ohio State have also seen line movement from their opening odds, including USC and Texas A&M. Both historic programs opened at +3500 and have seen their odds rise to +2000, drawing attention around the betting world.

After Kirby Smart led the Georgia Bulldogs to the promised lands last season, the Dawgs haven’t received much attention in the futures market, owning just 2.4% of tickets and 1% of the handle.