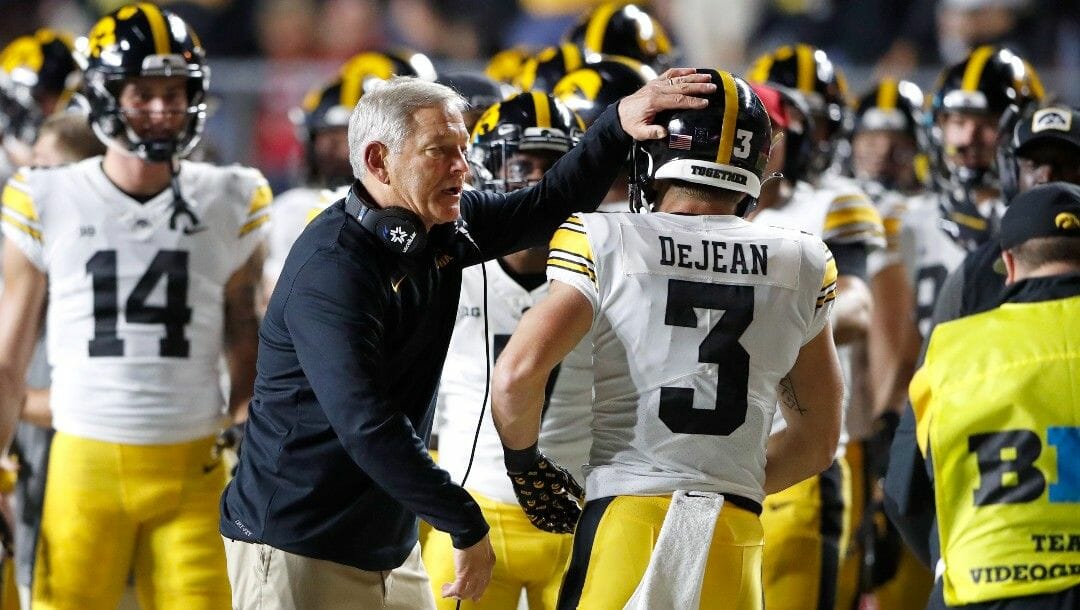 When it comes to college football betting, it isn’t just ATS and moneylines.

Over/unders are a nice alternative and sometimes offer some very low numbers.

Here’s a look at the smallest over/under college football totals this week.

The good news is someone has to win this football game.

The bad news is that neither the New Mexico Lobos nor the Colorado State Rams prioritize scoring. Consequently, this Mountain West matchup features the lowest total on the board.

The first of three Big Ten matchups on the list, the Wisconsin Badgers and Minnesota Golden Gophers go toe-to-toe in what should be a defensive slugfest.

Minnesota has allowed the fewest points against in conference play among Big Ten West teams, while the Badgers have stayed under in three straight.

No Big Ten offense has been worse than the Northwestern Wildcats, who are averaging just 14.7 points per game this year.

That’s not going to change against an Illinois Fighting Illini squad that has gone over the total just once over their last six games, holding opponents to an average of 17.0 points per game.

A win over the Nebraska Cornhuskers is all that’s keeping the Iowa Hawkeyes out of their second consecutive Big Ten Championship game. Defense remains a priority for the Hawkeyes, who are 5-2 to the under since the start of October.

The Louisville Cardinals post above-average offensive and defensive metrics, which has helped them stay under in four of their previous five games while covering the spread in all but one of those contests.

Louisville is in for a tough game against the Kentucky Wildcats, who have gone over the total just once this season and are coming off a solid outing against the top-ranked Georgia Bulldogs.

Tuesday night’s MAC battle between the Ball State Cardinals and Miami (OH) RedHawks featured one of the lowest totals on the board. These teams have combined to go over just six times in 22 games, including 12 of their past 14.

Linemakers expect the Georgia State Panthers to play to the Marshall Thundering Herd’s level in this Sun Belt showdown. Marshall has limited opponents to 15.1 points per game in conference play, with the Panthers over double that at 31.4.

At this point of the season, the UMass Minutemen are just thankful it’s almost over. The Army Black Knights need wins over their final two games to become bowl eligible for the sixth time over the last eight seasons. But they won’t need very many points to get the Minutemen.

Low-key, one of the best matchups of the final week of the regular season comes between the Tulane Green Wave and Cincinnati Bearcats.

The total has dropped marginally to 46.5, but the winner of the contest claims the top spot in the AAC and a guaranteed berth in the championship game.

The Troy Trojans have suffocated opponents all season, allowing the seventh-fewest points per game against FBS opponents.

That’s not a threshold the Arkansas State Red Wolves will come close to, as they have the worst scoring offense in the Sun Belt West.