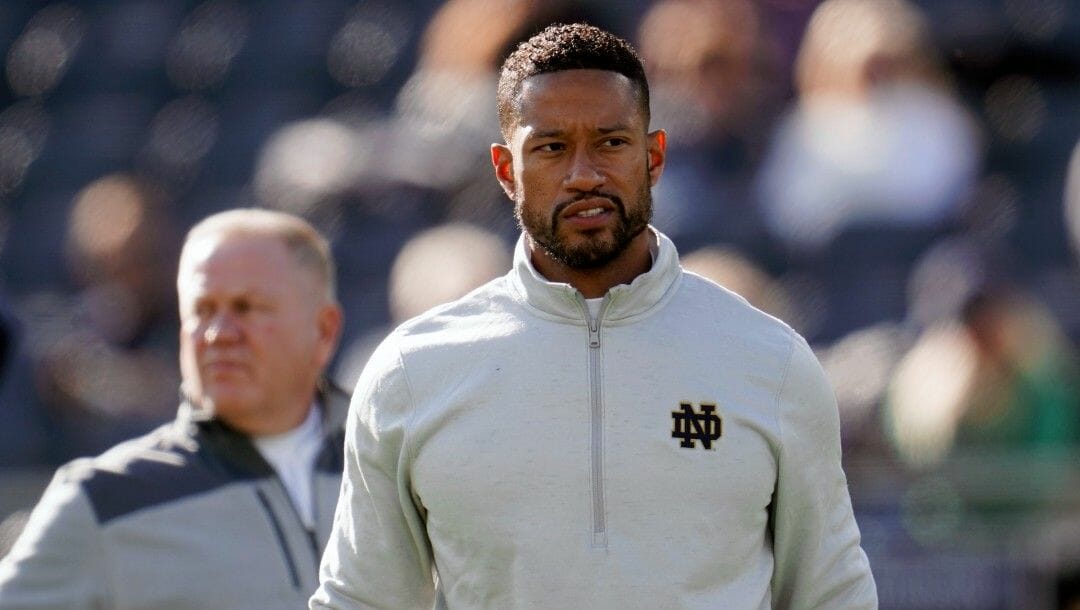 For the first time since 2009, the Notre Dame Fighting Irish will have a head coach other than Brian Kelly on the sidelines. After Kelly’s abrupt departure for Baton Rouge, Marcus Freeman was elevated from defensive coordinator to head coach. Expectations are always high for the program, and Freeman will need to win right away to maintain the goodwill he has bought with the fan base throughout his first offseason.

South Bend hasn’t seen a national championship season since 1988. The road back to that level of glory is expected to be a multi-year journey for Freeman, as reflected in their +4000 price to win it all.

Still, expectations are high, considering the Irish have the seventh-best national championship odds in the country.

Notre Dame’s schedule is more difficult than these numbers make it out to be, considering there are some very winnable games mixed in with some very tough matchups.

Freeman and Co. do not get to ease into things as the season starts with a trip to Columbus to take on the No. 2 Ohio State Buckeyes. The Irish face three more teams ranked in the preseason poll (No. 5 Clemson Tigers, No. 14 USC Trojans, No. 25 BYU Cougars), while playing three Group of Five opponents (Marshall Thundering Herd, UNLV Rebels, Navy Midshipmen).

The Irish rank 93rd in ESPN’s Bill Connelly’s returning production metric after losing significant contributors from a year ago. There will be new faces at quarterback and running back, where Tyler Buchner and Chris Tyree, respectively, are expected to take over.

The offense could look different under coordinator Tommy Rees with so many new faces. One player the team can lean on is star tight end Michael Mayer.

The defense returns eight starters and will have more familiar faces. Al Golden begins his stint as defensive coordinator, although Freeman’s fingerprints will still be all over this unit.