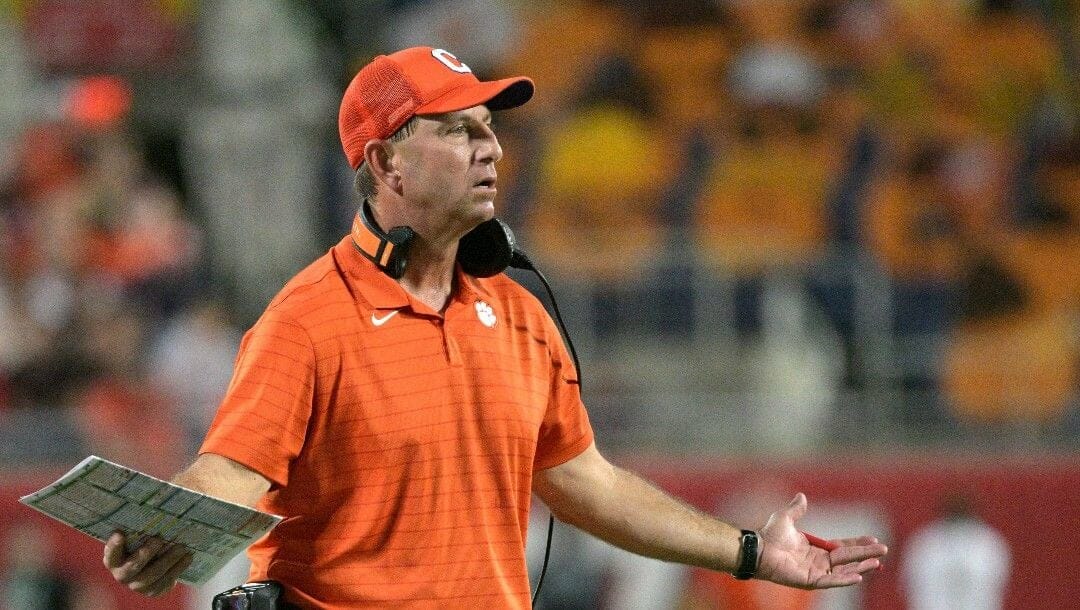 One of the most anticipated weeks of the college football year is rivalry week. In the NCAA, there is an abundance of rivalry games to keep an eye on, but atop the list of rivals lays the rich history between the South Carolina Gamecocks and the Clemson Tigers.

The rivalry between the two schools dates back to 1896 as both teams typically have above average college football odds. The first matchup between the two teams led to the start of what is now known as the Palmetto Bowl. High-scoring games, brawls, winning streaks; this rivalry has it all.

Here is a glimpse into one of the most intriguing college football rivalries.

The Clemson Tigers defeated the South Carolina Gamecocks, 23-21 in the 2007 Palmetto Bowl. In a tight game between the two rival schools, the Tigers entered the fourth quarter with a 20-14 advantage. During the fourth quarter, the Gamecocks managed to take the lead, 21-20, following a four-yard touchdown pass from Blake Mitchell.

However, Cullen Harper and the Tigers wouldn’t be denied. Clemson marched down the field from their 22-yard line to the Gamecocks’ 16-yard line before clocking the ball. After executing the two-minute drill nearly to perfection, Mark Buchholz nailed a 35-yard field goal to lift the Tigers over their rivals as the clock ran out. Heartbreak in Williams-Brice Stadium for USC fans.

Stephen Garcia led the Gamecocks to a 34-17 win over the Clemson Tigers in 2009. In the win, Garcia threw for 126 yards and three touchdowns. The Carolina defense managed to slow down Clemson’s star running back, C.J. Spiller, in the matchup, a vital piece of the game plan.

USC’s head coach entered the matchup with a 1-3 record against the Tigers. The victory over the Tigers ended a two-game losing streak for Steve Spurrier and was the start of a five-game winning streak for USC.

In 1977, wide-receiver Jerry Butler hauled in a 20-yard touchdown pass from quarterback Steve Fuller with 49 seconds remaining in the fourth quarter. The catch would put the Tigers in the driver seat with a 31-27 lead over the Gamecocks. The play that would ultimately win the game for the ACC squad.

Following the win, this play would become known as “The Catch.” Not only did “The Catch” win Clemson the game, but it added to the deep history between the two rival schools. A heartache to Gamecock fans and a true classic to Clemson fans.

In 2016, in a 56-7 rout over the South Carolina Gamecocks, the Clemson Tigers’ star quarterback, Deshaun Watson, had his way with the USC defense. Watson finished the game with 347 passing yards and six touchdowns. The former four-star recruit had an efficient outing, completing 26 of 32 passing attempts, a performance of a lifetime in Palmetto Bowl history.