Who’s the Last Wide Receiver to Win the Heisman Trophy? 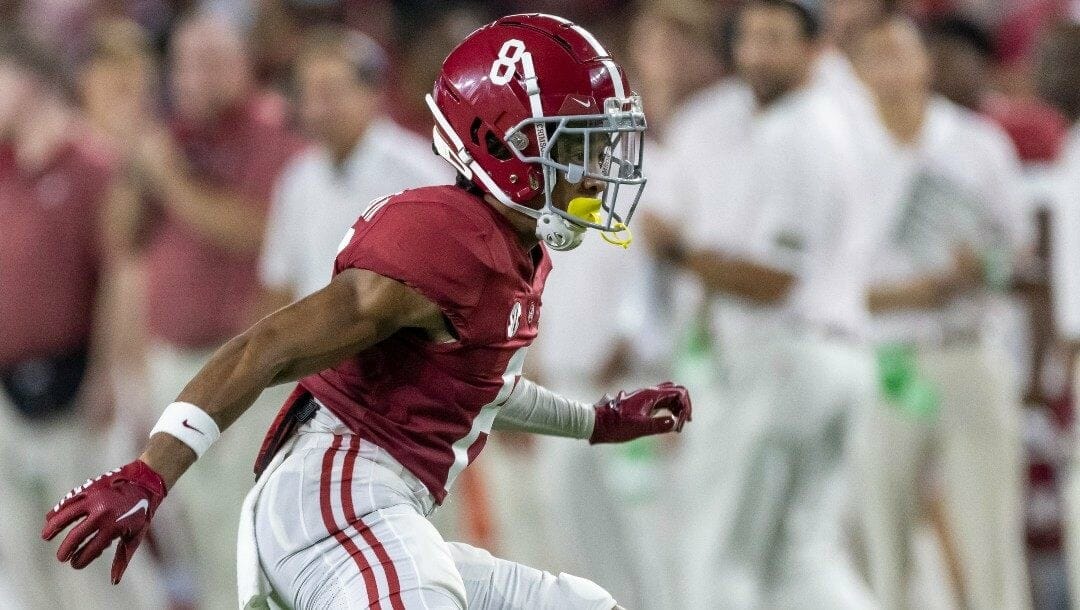 USC’s Caleb Williams was named the most recent recipient of the Heisman Trophy, joining a long list of quarterbacks to receive the award.

While it may seem like a quarterback is announced as the winner every year, that isn’t the case. Running backs have also been named recipients of the award, but there haven’t been many wide receivers named the Heisman winner in recent memory.

Who’s the Last Wide Receiver to Win the Heisman Trophy?

You don’t have to go back too far to find the most recent wide receiver to win the award. Alabama’s DeVonta Smith won the 2020 Heisman Trophy, having an incredible season with 117 receptions for 1,856 receiving yards and 23 touchdowns.

It was an interesting Heisman Trophy discussion in 2020 because there was no runaway winner throughout the regular season. Once it became clear that Alabama was a dominant force, the debate was about which offensive skill player would win.

After a remarkable year, quarterback Mac Jones had plenty of support, throwing for 4,500 yards and 41 touchdowns with just four interceptions. Ultimately, Jones would finish third in the Heisman voting, but he did receive 138 first-place votes.

Running back Najee Harris was also in the discussion after posting more scrimmage yards (1.891) and touchdowns (30) than Smith. Harris would end up in fifth place for the Heisman award.

The last receiver to win the Heisman before Smith? That would be Michigan’s Desmond Howard in 1991. It’s a true rarity for a player at the position to win the award, as there have been just four wide receivers all-time to be named a Heisman winn. The others? Nebraska’s Johnny Rodgers in 1972 and Notre Dame’s Tim Brown in 1987.