French Open Live Betting: How to Live Bet on Tennis 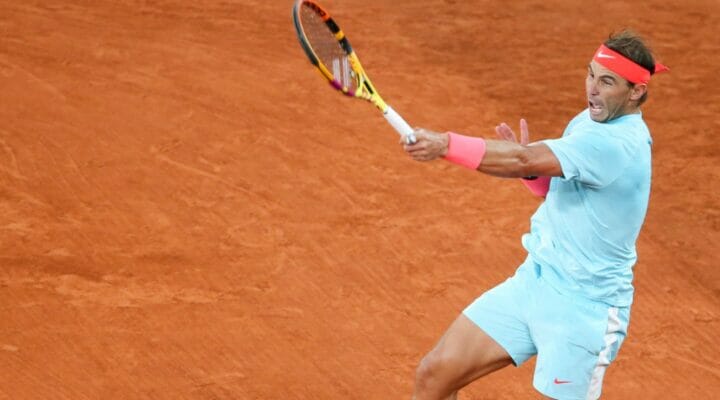 Live sports betting is an interactive type of tennis betting that allows fans to get closer to the action with up-to-the-second odds, betting flexibility, and unmatched entertainment.

At BetMGM, you can place live bets on every French Open match. From the qualifiers through the finals, French Open live betting gives fans a chance to leverage their tennis and betting knowledge into bigger payouts and more excitement.

What is Live Sports Betting?

Live betting has exploded in popularity as fans seek a higher level of entertainment and more lucrative betting opportunities. At BetMGM, those opportunities are available for thousands of events each year, including the French Open.

Maybe you liked Daniel to win but didn’t like the pre-match value at -700. Instead, you took Daniel to win the first set (-450) and under 19.5 total games (-135). Or maybe you passed on pre-match betting entirely, instead opting to place wagers on other qualifiers.

Regardless of your pre-match positions, your chance to bet on the Daniel-Stakhovsky match didn’t end with the opening serve at 2:45 p.m. local time. With the opening serve, live tennis betting opened for all BetMGM customers. And live betting didn’t close until match point about 90 minutes later.

How to Live Bet on the French Open

At BetMGM, you can place live bets on French Open odds on several different pages. Updated odds are available on the live betting page, tennis odds page, and French Open pages for the men’s and women’s tournaments.

After dominating the first set, 6-1, Daniel was ahead in the second set (3-2). At this moment, the live betting odds were:

Stakhovsky showed life in the second and third games of the second set but was non-existent in the fourth and fifth games. As a result, you placed two live bets:

Daniel won the sixth game but dropped the seventh (and ninth) en route to a straight-sets win to defeat Stakhovsky. And with the 17th game, both live bets cashed.

You can combine live bets into parlays.

While placing live bets on the Daniel-Stakhovsky match, you could’ve also placed a live bet on several other French Open qualifiers, including Mayar Sherif vs. Jaqueline Cristian. In the third set, locked at six games apiece, Cristian was a match favorite (-165) while Sherif was the underdog (+125).

In addition to your single bets on Daniel-Stakhovsky, you placed a $100 two-leg parlay with the Sherif-Christian match:

The potential payout was $279.57 if both legs hit. And both legs did hit when Cristian won the third set minutes later, and Daniel-Stakhovsky went 17 games.