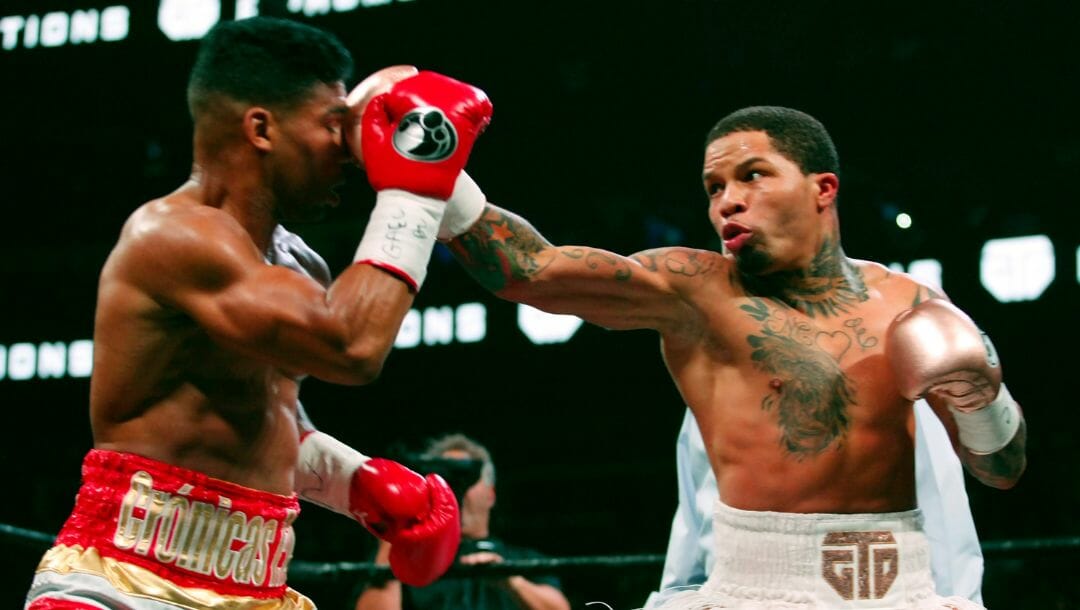 The fifth WBA World Lightweight Title of Gervonta Davis (27-0) opens the boxing action in 2023 as he faces undefeated challenger Hector Luis Garcia (16-0) inside the Capital One Arena in Washington this Saturday, January 7. Although both will come in as unbeaten boxers, the defending champion is still the heavy favorite to win in boxing betting odds at -1100, while the challenger is the overwhelming underdog at BetMGM’s online sportsbook at +650.

The PBC on Showtime PPV headlined by Gervonta Davis-Héctor Luis García on Jan. 7 in Washington D.C., is proceeding as planned as of now, multiple sources tell ESPN.

This is a warm-up fight for Davis as he prepares for his mega showdown with another undefeated star Ryan Garcia later this year. On the other hand, Luis Garcia looks to ruin that super fight with a monumental upset of Davis. It will be a tough task because he will be moving up in the 135-pound division from his natural weight class of 130 pounds.

Before even turning professional in 2013, Gervonta Davis was already an accomplished amateur with him, winning the 2012 USA National Golden Gloves Championship in the 56KG category. Aside from this, he was able to bag three National Silver Gloves Championships and two National PAL Boxing Titles. Davis accumulated a 205-15 win-loss record as an amateur before transitioning to the paid ranks in 2013.

Because of this impressive and immaculate run, Davis finally received his first title opportunity in January 2017 when he challenged Jose Pedraza for the IBF World Super Featherweight Title. He stopped Pedraza in the seventh round via TKO to claim his inaugural title and immediately defended it twice over Liam Walsh and Francisco Fonseca in May 2017 and August 2017, where Davis scored a third-round TKO and eighth-round knockout, respectively. But because he failed to make weight, Davis was stripped of the IBF World Title.

Despite this unfortunate incident, the 28-year-old moved on and fought Jesus Marcelo Andres Cuellar for the WBA Super World Super Featherweight Title in April 2018 and picked up another third-round TKO win at the expense of Cuellar. Much like what he did for the IBF title, he was able to fend off two challengers in, Hugo Ruiz (first-round knockout win in February 2012) and Ricardo Nunez (second-round TKO in July 2019), to retain the WBA World Title.

Davis eventually vacated his 130-pound WBA title to move up in the lightweight division. He was welcomed by Yuriorkis Gamboa in his first bout in the 135-pound weight class for the vacant WBA World Lightweight Title in December 2019. “Tank” dominated Gamboa and sealed the victory with a late 12th-round TKO. Following this successful lightweight debut, Davis returned to the super featherweight division one last time to face Leo Santa Cruz in October 2010.

Once again, Davis proved that he is a pound-for-pound champion by beating Barrios in June 2021 via an 11th-round TKO finish. Champion duties have prompted the three-division world champion to come back down in the 135-pound division and defend his WBA World Lightweight Title against Isaac Cruz (unanimous decision victory in December 2021) and Rolando Romero (sixth-round TKO in May 2022).

Hector Luis Garcia was a former Olympian representing the Dominican Republic during the 2016 Rio Olympics. He was a former two-time Pan-American Games silver medalist and a silver finisher in the Central American & Caribbean Games before transitioning into the paid ranks in 2016. Garcia fought Marlembron Acuna in his December 2016 debut and finished him via third-round corner retirement.

After this dream start in his professional career, “El Androide” became a busy man as he appeared in five bouts in 2017, winning four of them and receiving one no-contest. The Dominican beat Robinson Garcia (in February 2017 via unanimous decision), Miguel Encarnacion (in June 2017 via second-round TKO), Maikol Beaumont (in July 2017 via unanimous decision) and Manuel Gonzalez Garcia (in December 2017 via second-round TKO). The only dent in his record is a no-contest affair with Alfonso Perez in September 2017.

In the following year, Garcia replicated his success by again competing in five fights in 2018, but this time, he was able to finish all of his opponents and capture his inaugural boxing title. First, he disposed of Jose Luis Graterol in February 2018 via fourth-round TKO, then knocked out Rafael Hernandez in June 2018 in the sixth round of their showdown. A month later, Garcia made quick work of Antoni Armas with a first-round knockout before adding Leonel Lugo to his victim list with another second-round TKO finish in July 2018.

The 31-year-old capped off 2018 with the WBA Fedelatin Federation Title after scoring a second-round knockout victory over Robin Zamore in November 2018 for the vacant title. Garcia opened 2019 with his second no-contest result in his career against Charlie Serrano in March, but immediately returned to the ring and beat Ronal Ron in April through third-round corner retirement. He ended the year with his first successful WBA Fedelatin Federation title defense over Anvar Yunusov by outscoring him in a close split decision triumph.

Despite being active in the first four years of his professional career, Garcia only fought once in 2020, where he picked up another no-contest result with Marco Acevedo in December. The undefeated Dominican boxer extended his immaculate run to 15 with victories over Miguel Moreno Gonzalez in July 2021 via fourth-round TKO, Isaac Avelar in December 2021 via unanimous decision and Chris Colbert in February 2022 via unanimous decision.

This unscathed record became his ticket to earn another title shot as he challenged Roger Gutierrez in August 2022 for the WBA World Super Featherweight Title. Garcia proved that he could be a big name in the sport by lopsidedly beating Gutierrez en route to a unanimous decision victory. The former Olympian looks for a massive upset against the heavily-favored Gervonta Davis and spoil the mega fight between him and Ryan Garcia later this year.

Gervonta Davis vs. Hector Luis Garcia: Tale of the Tape and Fight Analysis

The tale of the tape between Gervonta Davis and Hector Luis Garcia is interesting because despite Davis being the shorter fighter at 5-foot-5 and a half against Garcia, who is at 5-foot-9, “Tank” is the heavier fighter who competes in the lightweight division as this will be “El Androide’s” 135-pound debut fight after spending most of his career fighting at 125-pound and 130-pound weight class. Additionally, Davis will enjoy a half-inch reach advantage at 67.5 inches against Garcia’s 67 inches of reach.

Record-wise, both boxing stars are undefeated, but Davis has the better numbers with 27 wins, including 25 TKO/KO victories, equivalent to a 92% finishing rate. On the other hand, Garcia possesses 16 wins with 10 TKO/KO for 52 percent of stoppage percentage. Not to mention the level of competition that these fighters fought, Davis’ opposition had more quality than the list of foes that he faced.

The speed and power difference will be evident on fight night because the Baltimore native will both have the edge against the Dominican. Additionally, Davis loves to move forward, pressure his opponents and trap them on the ropes before unleashing a powerful and deadly combination. As for Garcia, he is more of a short-range fighter who looks to force his opponents to fight him in the pocket. Occasionally, the 31-year-old lands perfectly-timed counter shots, which send his opponents down the canvas.

Despite the immaculate record of Hector Luis Garcia, the power, speed and accuracy of Gervonta Davis will be too much for him to handle this Saturday as the latter is determined to immediately book the mega fight between him and Ryan Garcia later this year. Once Davis finds his range on his punches, particularly his left hand, this fight will only last for a while, especially if Hector Garcia leaves his hands down during exchanges.