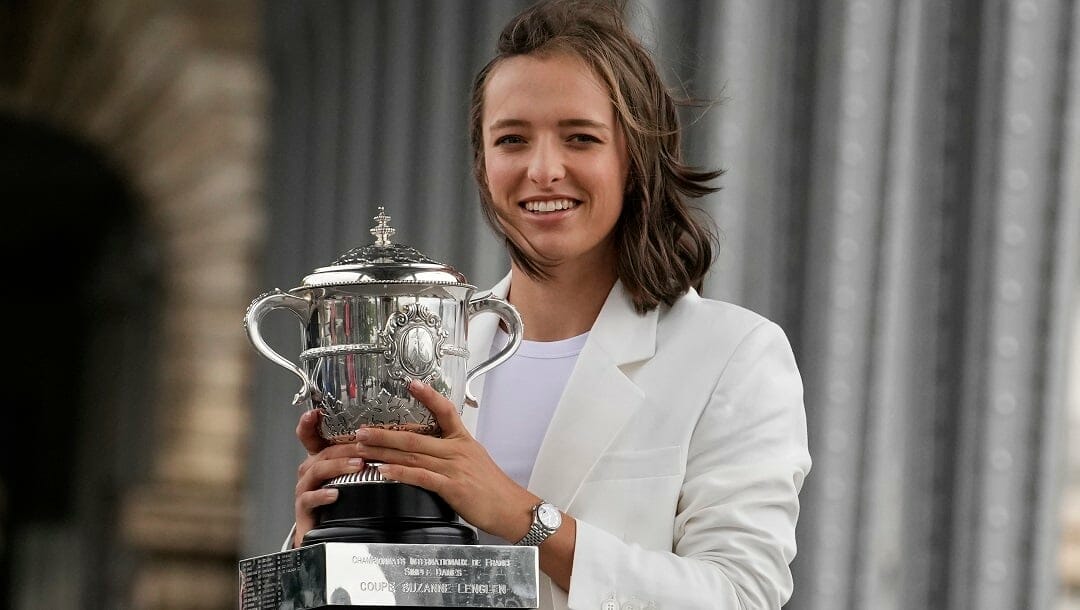 Iga Swiatek, the No. 1 women’s tennis player, is drawing significant interest in the Wimbledon betting market.

Swiatek will headline Wimbledon as the top seed, while Anett Kontaveit and Ons Jabeur are the second and third seeds, respectively.

Of note in the women’s draw: the top seed has won both major tournaments this season. Ash Barty came out on top at the Australian Open, while Swiatek was victorious at the French Open.

Several notable women’s players will not be able to participate at Wimbledon this year because of a ban on Russian and Belarusian players due to the ongoing war in Ukraine, including world No. 6 Aryna Sabalenka, Daria Kasatkina, Victoria Azarenka, Veronika Kudermetova and Ekaterina Alexandrova.

All five players are currently ranked players inside the top 30.

The All England Club announced on April 20 that all entries from Russia and Belarus would be declined this year because of the invasion of Ukrainehttps://t.co/i8OMHXTbbz

The 21-year-old Polish phenom is the odds-on favorite to win at Wimbledon at +150. According to the odds market, Jabeur and Cori Gauff are the nearest challengers. Both are priced at +1000.

Jabeur is the most likely challenger to the Swiatek streak, as she holds the second-highest number of victories this season.

The great Serena Williams will also compete at Wimbledon this year after exiting last year’s tournament in the first round when she slipped on the grass and sustained an injury.

Seven of Williams’ 23 career Grand Slam singles titles have come at this historic tournament, and she’ll boast odds of +1400 this go around. She turns 41 later this season.

With the qualifying draw for Wimbledon now underway, there has been some notable line movement.

Swiatek has been drawing a fair share of interest; she owns the highest number  of tickets with 35.4 percent of the overall raw market. Jabeur, meanwhile, owns 9.3 percent, followed by Gauff with 8.5 percent to round out the top three.

The money has also been following Swiatek, who currently boasts 56.4 percent of the overall handle.

Swiatek, Jabeur and Williams are listed as the book’s biggest liabilities.

Below you can find the top five favorites to win at Wimbledon this year from the BetMGM online sportsbook.