Will Jessie Bates III Have an Interception in Super Bowl 56? 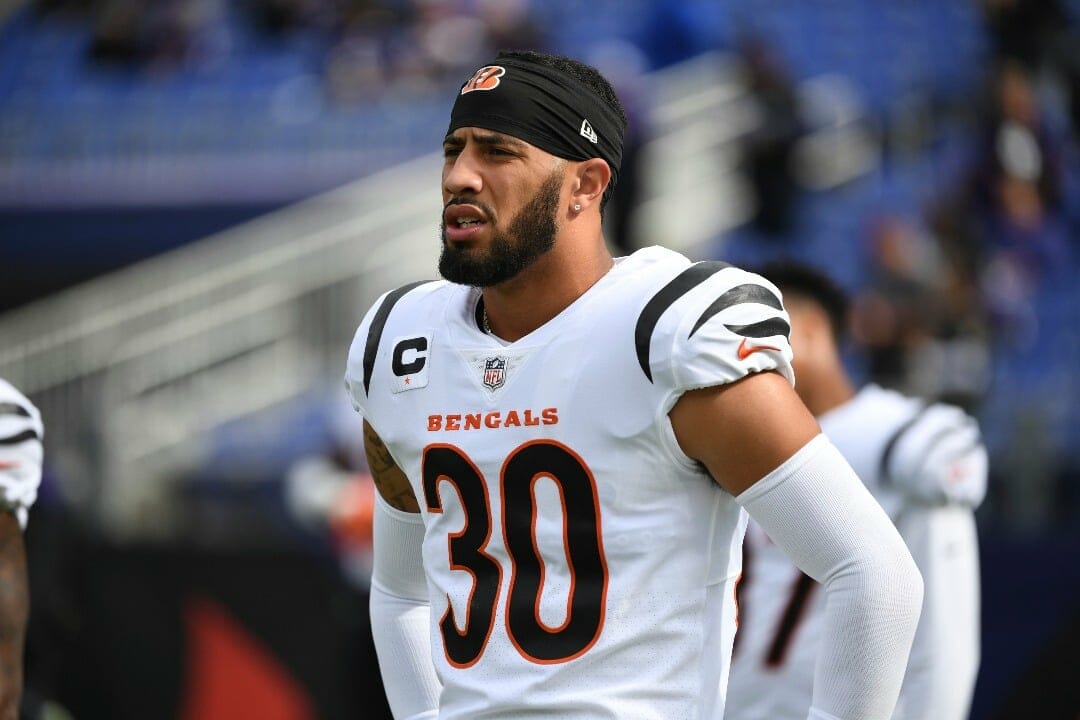 With the big game fast approaching, it’s time to size up another potential Super Bowl 56 prop bet. Will Jessie Bates III get an interception?

According to the latest odds on Super Bowl prop bets, Jessie Bates III is listed at +400 to have an interception in the game. How likely is he to get an interception, and is it worth a wager?

Here are some things to consider regarding this prop bet.

The Cincinnati Bengals have pulled off successive playoff victories over the Las Vegas Raiders, Tennessee Titans, and Kansas City Chiefs. While quarterback Joe Burrow has justifiably received a fair share of the credit, the Bengals’ defense has also been a significant factor in these games.

After one interception in Wild Card round against the Raiders, the Bengals’ defense came up big against the Titans, picking off Ryan Tannehill three times, including a Jessie Bates III interception on the first play of the game. The defense followed that effort by intercepting Patrick Mahomes twice in the second half and overtime of the AFC Championship Game to spark an 18-point comeback win.

With six interceptions over their last three games, the Bengals’ secondary is proving to be formidable. Can Cincinnati keep it rolling with more interceptions in the Super Bowl?

A Look at Jessie Bates III

As a prominent member of Cincinnati’s secondary who already has an interception this postseason, Jessie Bates III represents an appealing option for an interception.

Linebacker Logan Wilson leads the team with four interceptions this year; however, given Stafford’s propensity to push the ball downfield, it may be more appealing to consider interception odds for cornerbacks and safeties.

Overall, Jessie Bates III’s stats are not exactly eye-popping, with just one interception during the regular season. Still, he should feature prominently in the pass defense against a team that loves to throw, making his odds at +400 compelling.

Stafford has played well in the postseason, delivering six touchdown passes and throwing just one interception in wins over the Arizona Cardinals, Tampa Bay Buccaneers, and San Francisco 49ers. He was fortunate in avoiding a crucial late interception in the NFC Championship Game when 49ers safety Jaquiski Tartt dropped a sure interception, dramatically changing the dynamic of the fourth quarter.

Despite his postseason success, Stafford finished the regular season tied with Trevor Lawrence with an NFL-leading 17 interceptions. Even though he is playing well now, his overall season numbers suggest that he is likely to throw an interception.

You can make all different types of intriguing and fun football betting props for Super Bowl 56. Consider Jessie Bates III to make an interception (+400) among them. I like the value of this bet and believe that Bates could make a game-changing play in Super Bowl 56.