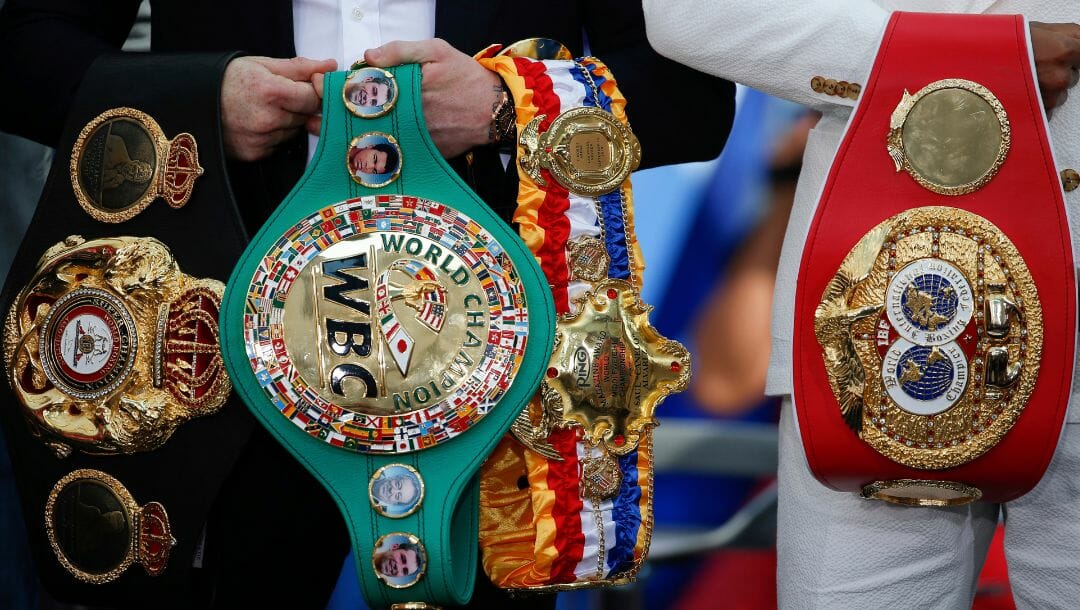 This Friday, January 13, the WBC and WBA Light Flyweight World Titles will be on the line as WBC titlist Kim Clavel (16-0) meets the WBA Champion Jessica Nery Plata (28-2) inside the Place Bell in Laval, Canada. Clavel, the hometown hero, is going to be the heavy favorite at -880 in online sports betting due to her undefeated record of 16 wins, whilst Plata will be the overwhelming underdog in the boxing odds at +550 as she has already sustained two losses to her professional career.

It will be the first time that these two fighters will stake their newly-collected titles after previously winning their respective bouts in 2022. Clavel aims to be the first Canadian-born boxer to unify a world title in boxing, while Plata looks to spoil this momentous event in front of her opponent’s home fans.

Clavel capped off the year with her first title triumph as she unanimously beat Esmeralda Gaona Sagahon in December 2019 to capture the vacant North American Boxing Federation Light Flyweight Title. The boxer from Montreal, Canada, only appeared in two fights in 2020 and picked up two more decision victories over Natalie Gonzalez in July and Barbara Martinez Munoz in November.

The 32-year-old collected her second boxing title in August 2021 with a unanimous decision triumph over Maria Soledad Vargas and added the vacant WBA Silver Light Flyweight Title to her resume. Seven months later, she defended the title against Mariela Ribera Valverde with a masterful fourth-round corner retirement. This win became her ticket to fighting her way to a major boxing title.

Clavel challenged Yesenia Gomez for the WBC World Light Flyweight Title in July 2022 and magnificently outboxed her to win the coveted title via unanimous decision. She will again attempt to win another major title this Friday, with Jessica Nery Plata standing in her way. If she manages to get the victory, she will be the first Canadian boxer to be a unified title holder in history.

Plata challenged Ibeth Zamora Silva in April 2012 for the WBC Youth Flyweight Title, and she eked out a close split decision victory before defending her belt in her ensuing fight against Maria Guadalupe Bautista in July 2012 via unanimous decision. The Mexico City resident picked up two more wins in 2012 with a split decision win over Karely Lopez Castro and a third-round TKO of Guadalupe Ramirez.

The 28-year-old staked her WBC Youth Light Flyweight Title in her next six fights. She was able to fend off the challenges from Ivoon Rosas Merino (in February 2013), Yesenia Martinez Castrejon (in July 2013), Alejandra Lopez (In November 2013), Maria Salinas (in February 2014) and Ana Cristina Vargas (in June 2014), all by way of unanimous decision wins. Plata capped off 2014 with a rematch with Guadalupe Ramirez to extend her unbeaten record to 15.

In August 2015, Plata suffered her first professional defeat at the hands of Esmeralda Moreno with a unanimous decision loss, but she immediately returned to the winning column and piled up a five-fight winning streak. The Mexican boxing star unanimously beat Anahi Torres, Jasseth Noriega, Jazmin Ortega, and Delia Lopez and scored a corner retirement of Yanely Ceja Hernandez. The five-fight successive wins were instrumental in Plata’s quest to be a world champion.

It became her jumping board to set up the World Boxing Federation World Flyweight Title fight with Maria Magdalena Rivera in October 2017, where she defeated Rivera on points to claim the said title. However, Kenia Enqruiez delayed Plata’s full ascent as she gifted Plata her second career defeat after a unanimous decision win in November 2017 and claimed the WBC Interim World Light Flyweight Title.

Five months later, Plata was given another opportunity to fight for the belt, this time, a WBA Interim World Light Flyweight Title showdown with Silvia Torres in April 2018. The Mexico City-based boxer made sure to fully maximized the chance by edging out Torres via a split decision. Following this triumph, Plata strung up five more wins with decision victories against Nancy Franco, Alondra Garcia, Barbara Martinez Munoz, Edith de Jesus Flores and Sandra Robles.

This propelled her to book a WBA Super World Light Flyweight Title fight with Yesica Yolanda Bopp in March 2022, where Plata managed to escape with the victory through a split decision. It was a career-defining victory for Plata, and she is looking to continue her current streak with a win over Kim Clavel this Friday to spoil her quest for history in front of her local fans in Canada.

Kim Clavel vs. Jessica Nery Plata: Tale of the Tape and Fight Analysis

This fight’s advantage on paper is unknown because Jessica Nery Plata’s height and reach are unlisted, while Kim Clavel is standing at 5-foot-1 with 60 inches of reach. Clavel has the better record among the two with an unscathed record of 16 wins, including three TKO/KOs (19% finishing rate), while Plata already has two defeats in her 28 career bouts with three coming off TKO/KO (10% finishing rate).

Both boxers are not known to be heavy punchers, and they also have contrasting styles, with Clavel being the more technical of the two due to her perfect usage of footwork, head movement and counterpunches. On the flip side, Plata loves to move forward and pressure her opponent before unleashing her combinations. Her most lethal and favorite is her left hook punch, which damages her opposition the most.

Stylistically speaking, Clavel will have the upper hand in the upcoming unification bout as she will be using her footwork to evade the pressure that Plata will bring during the fight, thus circling her to keep her at bay and score points throughout the entirety of the fight. If Plata doesn’t devise a perfect fight plan to trap Clavel, it would be a historic night inside the Place Bell.