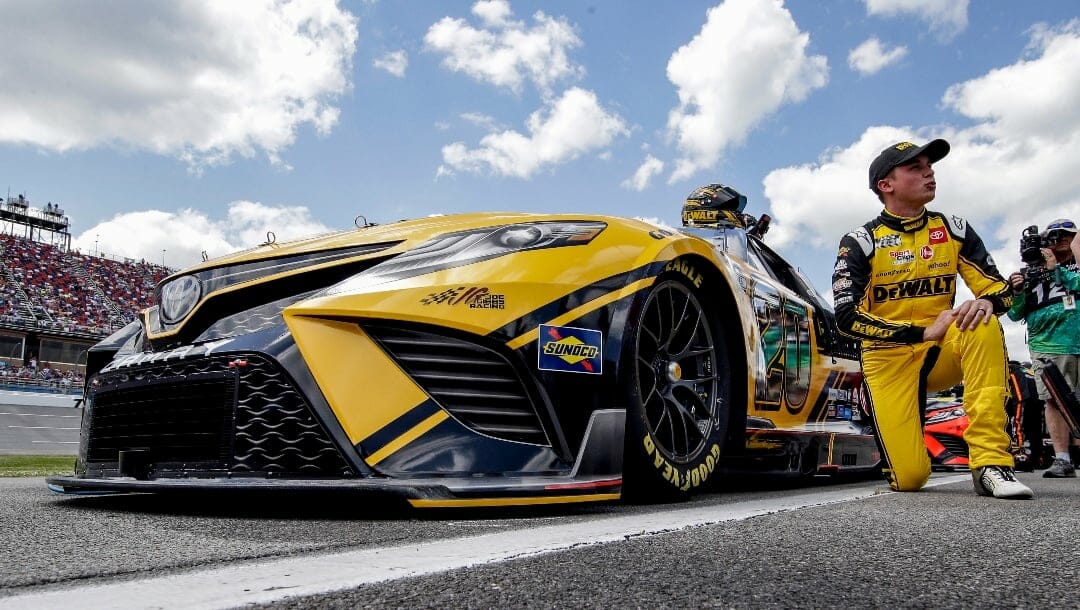 Christopher Bell’s win in the 2016 Drivin’ for Linemen 200 at Gateway Motorsports Park was a “dream come true” that made things “less stressful” for his Kyle Busch Motorsports crew.

Six years later, Bell is back at the 1.25-mile oval just east of St. Louis in Madison, Ill., for the track’s – now named the World Wide Technology Raceway (WWTR) – first-ever NASCAR Cup Series race. While he’s no longer the wide-eyed 21-year-old and is one of few drivers in the Enjoy Illinois 300 field with notable experience at the track, the stress might return at the track formerly known as “The Swamp.”

“I don’t know if there’s any track like that,” Rusty Wallace said this week. “Turn one will suck you in and it’s like a big, mean person waving his arms, saying ‘Come on. Come on.’ Then all of a sudden you realize you’re going a lot faster than you thought.”

Oddsmakers don’t appear to be putting much stock into the limited experience, however.

And bettors aren’t buying Bell at +1200. He’s tied with Ricky Stenhouse Jr. and A.J. Allmendinger for the the 22nd-highest ticket share (1.1%) and is 15th in handle share (1.8%). But they are buying Bell in his featured matchup with Alex Bowman.

Here’s a look at the four featured matchups at for the Enjoy Illinois 300:

The biggest favorite in all featured matchup betting, Bell is seeking his first Cup Series win since last year’s victory on Daytona’s road-course layout. Since then, however, he has 23 top-10 finishes, including four straight top-6 finishes entering this week.

Only three drivers have more top-10’s than Bell this season, though one of those three is Alex Bowman, who’s tied with Chase Elliott for the second-most top-10’s in 2022 and has won five times since Bell’s last win.

It took Ross Chastain 121 Cup Series starts to earn his first career win. Now, he’s seeking his third win in his last 10 starts to become the first driver this season with three victories, as is his featured matchup foe William Byron.

Since the Folds of Honor QuikTrip 500, Chastain and Byron have combined to win four of the last 10 races.

Bettors love Chastain in race-winner betting – second-highest ticket share (9%) – but they’re pounding Byron in the featured matchup to the tune of a 93% ticket share and 94% handle share.

Denny Hamlin leads all drivers in wins at intermediate tracks since 2019 (eight), including Sunday’s Coca-Cola 600 victory at Charlotte Motor Speedway. His average driver rating over that time, however, is only fifth; at 99.7 he’s well behind the leader Kyle Larson, who’s led more than 2,000 laps in his 30 races the last three and a half years.

More than one in every six dollars bet on race-winner odds has gone to Larson; at 17.3% he leads all drivers in handle share. The next-closest driver is Ryan Blaney at 11.1%.

And Larson is commanding 97% of the tickets and 95% of the handle against Hamlin.

Tyler Reddick and the BetMGM-sponsored No. 8 Chevy is looking to build on last week’s sixth-place finish at Charlotte, his sixth top-10 this season. Bumped to No. 14 in Pat DeCola’s NASCAR Power Rankings, Reddick sits just 50 points outside of the top 10 in the Cup Series standings, one point ahead of this week’s opponent, Chase Briscoe.

The pair has combined for just five top-5 finishes and 104 laps led in 47 career Cup Series starts at intermediate tracks.

There’s currently a 50-50 ticket split between Reddick and Briscoe in tickets for their featured matchup, though Briscoe has 83% of the handle

You can view updated Enjoy Illinois 300 odds and more NASCAR odds at the BetMGM online sportsbook.