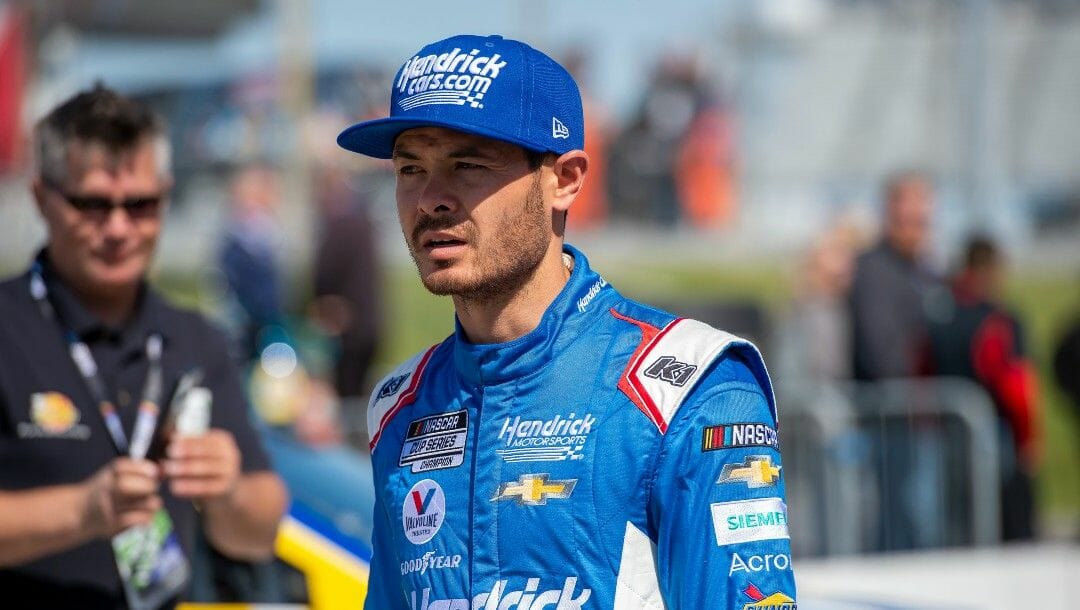 Kyle Larson doesn’t have the most experience of late at Darlington Raceway, the track for this week’s Goodyear 400, but he’s had a ton of success.

Larson will enter this week’s race with some momentum following last week’s DuraMAX Drydene 400, which was completed on Monday after the race was stopped following 78 laps on Sunday due to rain. Larson came back from a spin in stage two to finish sixth and record his third consecutive top-10 finish after leading 19 laps.

The 29-year-old is also in a good position to win this year’s NASCAR Cup Series Championship.

In 11 starts, he has five top-5 finishes, including his win at the Wisepower 400 in February. This has him currently ranked eighth in the standings but at +500, he has the best odds at the BetMGM online sportsbook.

Larson is also the NASCAR betting favorite to win the Cup Series Championship, pulling in 9.8% of the tickets and 14.3% of the handle, both the highest of any driver.

A win, or at least continuing his success at Darlington Raceway at this week’s Goodyear 400, will only boost his odds and increase his chances.

Besides betting on who will win the race, there are also a few interesting Featured Matchups over at BetMGM.

It’s no surprise this featured matchup is so close. Both drivers have had a ton of recent success at Darlington. Since Feb. of 2019, Hamlin and Truex Jr. have competed in six races at the track. Hamlin has an average finish of 9, while Truex Jr.’s is 9.7.

Both have +700 odds to win this week, so this featured matchup truly is a toss-up.

Both Buescher and Stenhouse Jr. are +8000 to win the race, but it’s easy to see why Buescher is a favorite in this matchup.

In both drivers’ last six races at Darlington, Buescher has an average finish of 18.5, while Stenhouse Jr.’s is 25.7.

With that being said, Stenhouse Jr. is coming off a second-place finish last week so, he is entering the week with some good vibes.

Byron is the biggest favorite of any of the featured matchups this week. He has two top-5 finishes in his last three races at the track. Meanwhile, Blaney has just one top-10 finish in 10 career races at Darlington.

Byron also has slightly better odds to win the race – +1000 to Blaney’s +1400. It is worth pointing out that Blaney’s average finish at the track in their last six races is actually better than Byron’s – 17.3 to 18.5.

At plus-money, Blaney may offer some good value given there isn’t as big of a difference in the two drives as the juice would indicate.