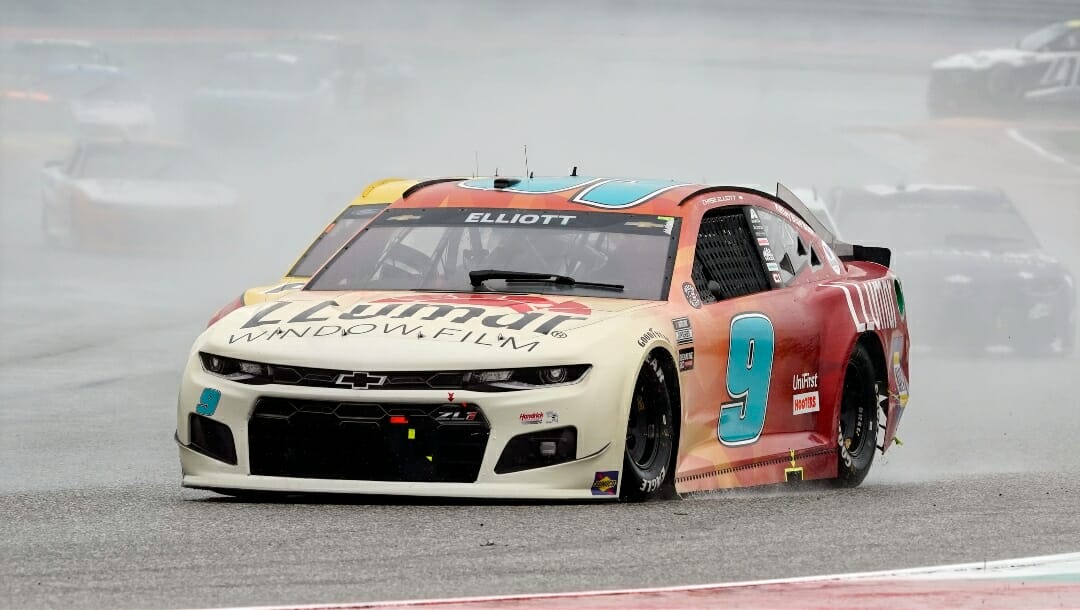 There are 41 active drivers with at least one career NASCAR Cup Series start at a road course. Forty of those drivers not named Chase Elliott have combined for 20 wins in 781 starts.

Elliott has seven wins in 19 starts, including a staggering six in 12 starts since 2019. And he’s back at COTA this weekend looking to remove “arguably” before “the greatest road-course driver in NASCAR history” in post-race recaps.

Ten months after Elliott won a rain-shortened EchoPark Automotive Texas Grand Prix, the 26-year-old is BetMGM’s favorite to win in Austin, where, as of Wednesday, mid-80’s and clear skies are forecasted.

And while it’s obvious why Elliott is favored to increase his career road-course winning rate to a staggering 40%, it’s anyone’s guess – including his own – why he’s dominated on these tracks.

“I really have no idea,” Elliott said last July about the road-course success. “I feel like it’s just good cars. Our team as a whole has been good at road courses the whole time, too. Kyle [Larson] won at Sonoma. I feel like drivers are only as good as what they have to drive. Fortunately, I feel like I’ve got the best stuff and just got to make it work.”

To earn a seventh road-course win in the last four years, Elliott must, at minimum, finish ahead of teammate Kyle Larson, who finished second in Austin last year and is the only other driver with multiple road-course wins since 2019, and road-course ringer, A.J. Allmendinger.

Elliott and Allmendinger are paired in one of BetMGM’s four Featured Matchups for NASCAR betting this weekend:

None of those positions are surprising for arguably the best road-course driver in NASCAR history, nor is his position as a heavy favorite over Allmendinger, who finished fifth at COTA last year and is one of only four other drivers with a road-course win since 2019.

And the public is willing to pay the price for Elliott. As of Wednesday, he’s receiving 80% of the bets and 99% of the handle in the head-to-head with Allmendinger. Elliott also has 11.1% of the tickets to win the race, the highest share in the field.

If the 2021 race wasn’t stopped after 54 (of a scheduled 68) laps, Kyle Larson thinks he might’ve won, overtaking Elliott from his second-place position.

“I think Chase was short on fuel, and we were strong on long runs,” Larson said of his Hendrick Motorsports teammate. “But I can’t fault NASCAR for stopping it. The visibility was bad, and there were some pretty scary crashes.”

Larson returns to Austin seeking his second win of the year after disappointing starts at Phoenix and Atlanta. With three road-course wins and five top-5 finishes in 10 races since 2019, he’s the best active road driver outside Elliott.

Larson, however, is not the public’s pick against William Byron, who’s dominating the tickets (80%) and handle (96%) in this matchup. Byron also ranks second in race-winner handle, 10.8% to Larson’s 3.7% (ninth).

Only Elliott and Larson have higher average road-course finishes than Denny Hamlin since 2019 (minimum two starts), yet Hamlin hasn’t won over that time; he has seven top-5 finishes, a driver rating of 100, and 85 laps led, but zero road-course wins.

Despite the sustained success, Hamlin is an underdog to Kyle Busch, who finished 10th last year but has 404 laps led and four wins in 41 career road-course races. And bettors are taking the dog; Hamlin has 63% of the tickets and 59% of the handle against Busch.

Among active drivers, only Kurt Busch and Kevin Harvick have more career starts than Truex, whose 39 starts dwarf the three career starts for the 23-year-old Cindric, who finished third in qualifying, fifth in Stage 1, and fourth in Stage 2 last year before dropping well out of contention.

Truex has the second-highest race-winner handle (14.2%) but has smaller ticket (20%) and handle (39%) shares than Cindric in their matchup.