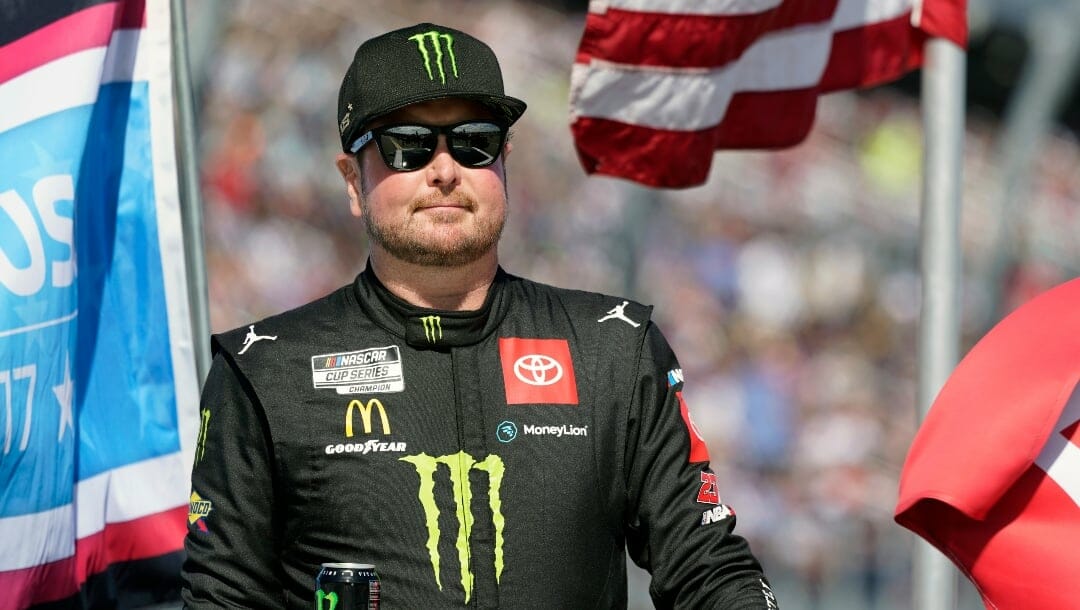 Kurt Busch entered the first turn of lap 171 with the lead in the Quaker State 400 last July. But, after a restart to replace a chunk of asphalt at Atlanta Motor Speedway, many eyes were beyond Busch’s No. 1 Chevy and Alex Bowman’s No. 48 Chevy (in second place) as the pack ran three- and four-wide around the 55-foot, 24-degree turn.

No one will run four-wide this weekend in the Folds of Honor QuikTrip 500, the first Atlanta race since last summer. And three-wide will be rare, if not out of the question, after the track’s controversial makeover last fall.

“It’s completely changed with the banking, the fresh asphalt,” Busch said after testing the new track in January. “It’s a clean slate and the Next Gen car is a clean slate and so . . . [this] was a big day with excitement and anticipation of how the track would drive and how it would feel.”

The pack-racing changes were made for the fans, not the drivers, which didn’t sit well with Kyle Larson, Chase Elliott, and others. But some drivers, including Elliott, a Georgia native, came around.

“I certainly had been in the boat of wanting to leave it alone and not repave it,” Elliott said before a seventh-place finish at the 2021 Quaker State 400. “It’s a place that rewards precision, rewards a driver for really doing a good job behind the wheel in all aspects.”

Chase is seeking his first win in seven NASCAR Cup Series races at the now-steepest intermediate track on the schedule. And to get his first win Sunday, he’ll need to do so by navigating NASCAR’s double-yellow rule and, at a minimum, finish ahead of Denny Hamlin.

Elliott is paired against Hamlin in one of four outstanding Featured Matchups for BetMGM’s NASCAR betting in the Folds of Honor QuikTrip 500:

Chase Elliott’s two most recent top-10 finishes at Atlanta – of five total in only seven Cup Series starts – sandwich a 38th-place finish at last year’s Folds of Honor QuikTrip 500 when a blown engine ended his day on the 221st lap.

Denny Hamlin, meanwhile, finished fourth in that race and ranks fifth in average finish (8.25), fourth in low finish (13th), and seventh in average rating (102.6) in Atlanta’s four races since 2019.

As of Wednesday, March 16, Elliott and Hamlin are tied for the third-highest winner odds at +1200 and have similar ticket and handle shares; Elliott ranks third in tickets – 5.9% to Hamlin’s fifth-ranked 4.7% – and eighth in handle – 4.6% to Hamlin’s seventh-ranked 5.4%.

Their Featured Matchup betting, however, is not similar. Ninety-five percent of tickets are on Elliott to finish ahead of Hamlin, accounting for 75% of the handle.

Ryan Blaney made contact with Kevin Harvick in the four-wide first turn on the 171st lap last July but maintained control en route to a fifth-place finish. The seven-time winner and defending champion is coming off a laps-leading fourth-place finish last weekend and returns to Georgia with three straight top-four finishes at the track.

In a head-to-head with Kyle Larson, whose average Atlanta rating of 118.9 since 2019 is six full points higher than any other driver, Blaney has just 2% of the tickets and 4% of the handle.

Larson, one year removed from a staggering driver rating of 144.8 in last year’s second-place finish, has also been more popular in race-winner betting; he has 18.7% of the race winner handle, nearly 12 percentage points higher than Blaney (7.5%) and more than 9 points higher than the next-highest driver, Tyler Reddick (9.6%).

Tyler Reddick and the BetMGM-sponsored No. 8 Chevy jumped to ninth in the NASCAR Cup Series standings with a third-place finish at Phoenix, his third straight week-to-week improvement after the season-opening wreck at Daytona.

Reddick finished 26th in this race last year but has had some success at the worn-down track, finishing no worse than 19th in six other races across the Cup Series, Xfinity Series, and Camping World Truck Series over the last seven years.

As of Wednesday, he’s commanding 99% of the tickets and 89% of the handle in a Featured Matchup with Chase Briscoe, who finished 15th and 23rd in last year’s Atlanta starts, the first of his Cup Series career.

Reddick is also featured in three pre-packaged parlays at BetMGM, including Austin Dillon and Tyler Reddick to both finish in the top 10 (+165).

Bubba Wallace has three straight finishes of 19th or worse entering this weekend and hasn’t finished better than 14th in five career races at Atlanta. He has, however, done well at tracks with double-yellow rules, finishing second, first, and second in his last three races at Daytona and Talladega.

That success may be contributing to his overwhelming ticket (93%) and handle (98%) shares against Ricky Stenhouse Jr., but Wallace is still buried in race-winner odds (+3300) and has received fewer tickets than Stenhouse (4% to 3.2%)

You can view updated Folds of Honor QuikTrip 500 odds and more NASCAR odds at the BetMGM online sportsbook.