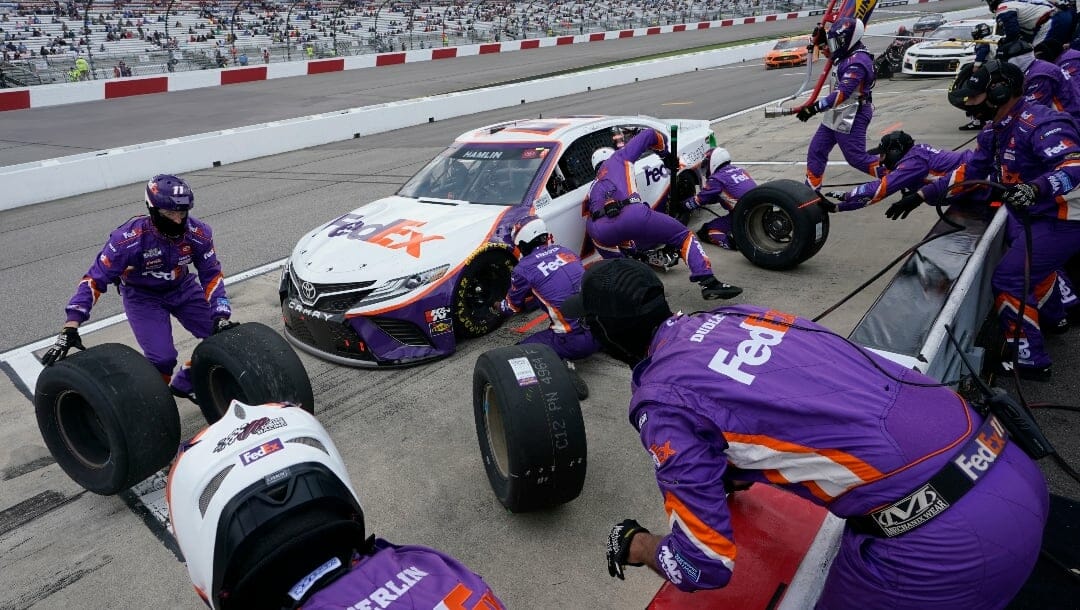 A familiar feeling of pragmatic frustration is following Denny Hamlin back to his home state for the Toyota Owners 400.

Hamlin returns to his hometown track in search of his first win this year and first win at Richmond Raceway since 2016. And he does so amidst one of the worst stretches of his career.

With an 18th-place finish at COTA last weekend, Hamlin has zero top-10 finishes through six starts – the second-longest top-10 drought of his 18-year Cup Series career – and is buried at 22nd in the NASCAR Cup Series standings.

The finishes are frustrating, Hamlin said after a 29th-place finish in the Folds of Honor QuikTrip 500 two weeks ago, but everything else has been great.

The Chesterfield County, Virginia, native, led 207 laps at the Toyota Owners 400 last year before surrendering the lead to eventual winner Alex Bowman shortly after a restart with 12 laps remaining. It was Hamlin’s fourth top-5 finish at Richmond since winning the Federated Auto Parts 400 in late 2016 and eighth top-5 finish in nine races to open the 2021 season.

Five months later, in the Federated Auto Parts 400 Salute to First Responders, it happened again; Hamlin finished second despite leading 197 laps, giving him 2,108 career laps led at Richmond, the most among active Cup Series drivers. And, again, Hamlin was frustrated at the finish, not how he and his crew navigated the 0.75-mile short track.

In his 31st career Cup Series at Richmond, Hamlin is listed among the favorites in NASCAR odds at the BetMGM online sportsbook. He’s also facing Joey Logano in one of BetMGM’s featured matchups for the Toyota Owners 400 (odds as of Wednesday, March 30):

Joey Logano, tied with Hamlin for the fourth-best race-winner odds (+1000), left Richmond last April with similar frustration; he finished third in the first two stages and was side-by-side with Hamlin at the late restart before finishing third.

The public is buying Hamlin in this head-to-head matchup; he has 97% of the tickets and 95% of the handle against Logano.

Two of the track’s least-experienced drivers will command a lot of attention this weekend.

Tyler Reddick’s strong start to the season continued last Sunday in Austin as he drove the BetMGM-sponsored No. 8 Chevy to eighth place, his third top-10 finish in the last four races. But his widely anticipated breakthrough win was swiped by Ross Chastain, whose first career NASCAR Cup Series victory came in his 121st start.

Reddick has a marginally higher ticket and handle share for race-winner betting – 3.8% of tickets and 4.8% of the handle to Chastain’s 3.3% and 2.8% – but Chastain is dominating the featured matchup betting. As of Wednesday, he has 92% of the tickets and 96% of the handle against Reddick.

Truex has dominated the D-shaped, asphalt track recently, posting a driver rating of 128.3 while winning three of the last five races. He leads all drivers in average finish, top-5 finishes, laps led, and just about everything else at Richmond since 2019.

And the money is on Truex over Kyle Larson on Sunday; Truex has only 33% of the tickets but 78% of the handle in the head-to-head.

Kyle Busch is a decade removed from the most dominant run Richmond has ever seen – four straight wins from 2009-12 – but just four years removed from his fifth win. And he’s sitting among the favorites this weekend, tied with Kyle Busch for second-best race-winner odds at +900.

To tie Richard Petty for most wins in this event, he must, at minimum, finish ahead of the defending champion, Alex Bowman, whose 2021 victory came after years of struggles at the track.

And Bowman is a popular pick against Busch in the featured matchup; he has 75% of tickets and 98% of the handle.