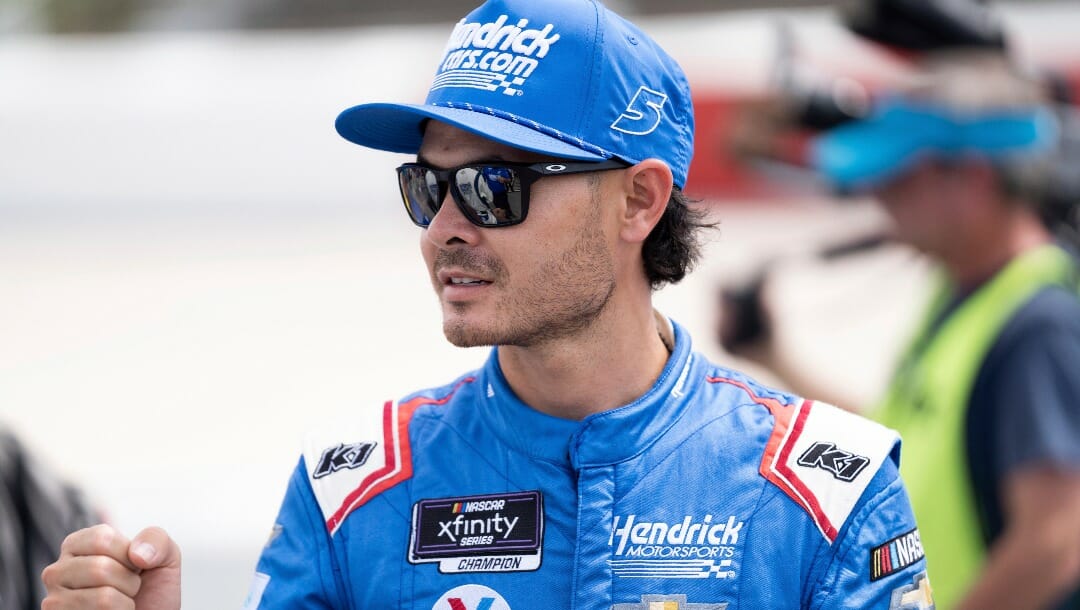 If NASCAR odds prove accurate for this weekend’s Bank of America Roval 400, there’s a good chance of a second back-to-back winner in just four years.

One year after winning for the first time in Charlotte, Kyle Larson has the third-shortest odds at BetMGM to win for the second time. At +800 as of Thursday, he’s narrowly behind the favorites, Chase Elliott (+400) and Tyler Reddick (+600). And the public is buying Larson stock.

Larson and Elliott also face other in a blockbuster featured matchup at BetMGM:

With a combined 28 top-10s, 22 top-5s, and 11 wins in 50 career starts on road courses, Chase Elliott and Kyle Larson are already two of the best road-course drivers in Cup Series history. And they’ve combined to win the last three Bank of America Roval 400s.

“As the defending Roval winner and most recent road-course winner in general, there would need to be some mighty circumstances for Larson to miss [the Round of 8] at this point despite a somewhat tenuous points gap between him and the bubble,” Pat DeCola wrote in this week’s NASCAR Power Rankings, noting Larson’s plus-18 points margin in the playoff standings.

Both William Byron and Christopher Bell can rise above the cut line – Byron is 10th at minus-11, and Bell is 11th at minus-33 – but this still feels like a head-to-head elimination matchup between the rising stars.

Byron led a race-high 30 laps last year but finished 11th, his worst finish in the event since a late wreck led to a 34th-place finish as a rookie in 2018. He’s still seeking his first Cup Series road-course top-5 finish; he has zero in 20 starts.

Bell, meanwhile, has three top-5s (and one win) in only 14 career Cup Series road-course starts. And he raced well on this course last year, finishing eighth in his second start on the Charlotte road course.

Austin Cindric’s winless drought extended to 30 races with a ninth-place finish last weekend, though it was his eighth straight top-20 finish as he’s finding some late-season consistency after ups and downs throughout most of his rookie season.

Cindric has zero career Roval starts – and just one career Cup Series start at Charlotte Motor Speedway – but does have five top-10s in eight Cup Series road-course starts, most recently a second-place finish in Indianapolis two months ago.

Neither Cindric nor Chase Briscoe are popular race-winner picks this week. They have a combined 3.8% of the tickets and 2.5% of the handle, the lowest combined shares of any featured matchup.

Joey Logano is one of only three drivers with four top-10 finishes in this event since the transition in 2018. Of those drivers – Ryan Blaney and Alex Bowman are others – he’s the only one without multiple top-5 finishes.

Daniel Suárez finished fifth in that race, the lone top-5 finish in his last 10 starts after four straight top-10s from the Kwik Trip 250 through the M&M’s Fan Appreciation 400. He has the sixth-highest race-winner ticket share (4.6%) and eighth-highest handle share (2.8%).

You can view updated Bank of America Roval 400 odds and more online sports betting opportunities at the BetMGM online sportsbook.