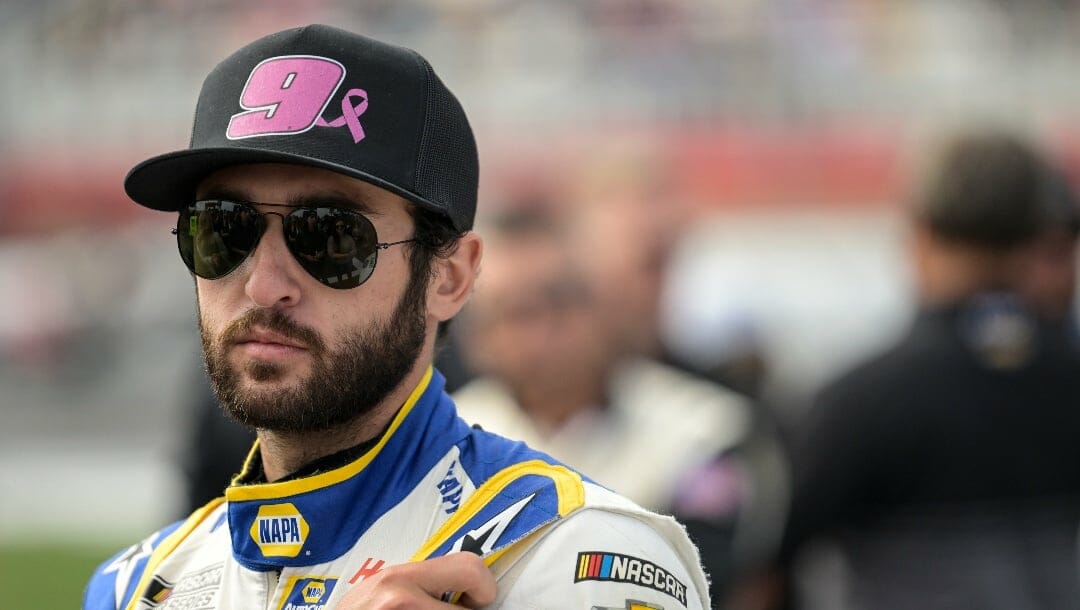 Chase Elliott’s 18 NASCAR Cup Series wins have come at 14 different tracks. His 19th win will come at a 15th different track this weekend, a large share of bettors at BetMGM is predicting.

Elliott returns to Homestead-Miami Speedway for the seventh time in his Cup Series career. And he’s trying to win the Dixie Vodka 400 at the 1.5-mile oval for the first time and take a huge step toward joining Kyle Busch as the only active drivers with multiple NASCAR Cup Series championships.

The public loves his chances; as of Wednesday, Elliott isn’t atop NASCAR odds but is dominating ticket and handle shares.

At +1000, the 2020 Cup Series champion is tied with four other drivers for the third-shortest odds:

“Homestead’s been super hit-or-miss, honestly. We had a really good run there in 2020, had an opportunity to race Denny for the win,” Elliott said this week, referencing a second-place finish, the lone top-3 finish in six starts.

The lack of experience at the track relative to the field – he’s 17th among all active drivers in career starts – and “horrendous” start in last year’s race, he’s in a position to command one of the largest race-winner handle shares of the season.

Danny Hamlin has often failed to capitalize on high starting positions – nine straight starts in the top 10, including six pole positions in the last seven starts – in the Dixie Vodka 400, but he still leads all active drivers in race wins (three). Additionally, he has finished outside the top 15 only twice in 17 career starts at Homestead-Miami.

Hamlin is tied with Tyler Reddick for race-winner ticket share, but his 7.4% of tickets accounts for 9% of the handle (third-most) to Reddick’s 8.4% (fifth-most). And in order to snap a 19-race winless drought – his second-longest drought since 2018 – he must, at minimum, finish ahead of Elliott, as he’s done in this race each of the last three years.

From 2015-19, Joey Logano never finished worse than sixth in this race, a run that included his lone Cup Series win at the track in 2018. But he’s struggled the last two years, finishing 27th after a wreck in 2020 and 25th after early contention in 2021.

Logano sits alongside Ryan Blaney in race-winner odds (+1000), but – as the public hit Logano with decent-sized ticket (5.3%) and handle shares (5.6%) to Blaney’s 2.1% and 1.4%, respectively – the book made him a marginal favorite in this featured matchup.

Blaney has just one career top 10 in seven starts at the track (2020) and has (by far) the worst average start-to-finish number (-8.6) among active drivers. He’s finished ahead of Logano only once in those seven starts.

William Byron has the same number of wins (one) as Chase Briscoe has career starts at Homestead-Miami. That lone start for Briscoe, though, wasn’t a bad one; in just his third career Cup Series start, he finished 18th in the 2021 Dixie Vodka 2021 after starting 30th thanks to a strong final stage.

Briscoe isn’t commanding many race-winner tickets, but his small ticket share (1.1%, tied for 23rd-most) accounts for 3.4% of the handle (10th-most). If it holds, it’d be one of the best ticket-to-handle ratios (more than 3:1) of the season.