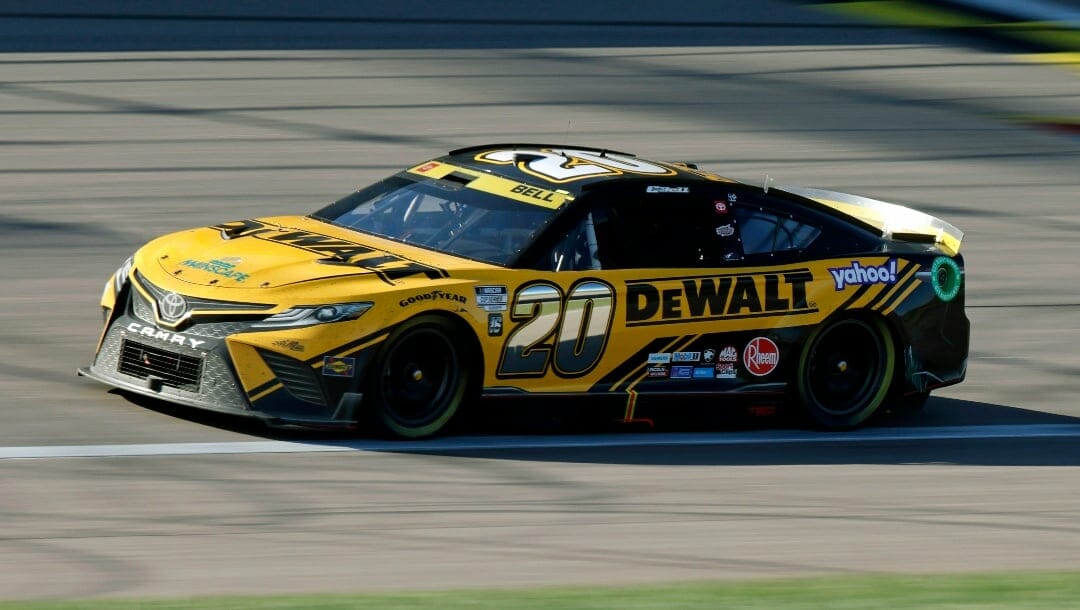 Christopher Bell’s first career top-three finish at Kansas Speedway in the Hollywood Casino 400 made for a “bittersweet” day as he claimed the points lead and advanced to the second round of the NASCAR Cup Series playoff. He did, however, admit it would prove to “probably be a great day” after sleeping on it.

In the context of Bell’s young career, Sunday was definitely a great day that didn’t require a night’s sleep to age well.

Exactly one year earlier, Bell finished third in the 28th race of the season and second race of the playoffs – the Federated Auto Parts 400 Salute to First Responders. But he left Richmond Raceway ninth in the playoff standings, just five points clear of the second-round cut line with one race remaining, the Bass Pro Shops NRA Night Race.

Last year Bell was +2000 in race-winner NASCAR odds at BetMGM and wasn’t popular among bettors. He had just 2.3% of the handle on 2.9% of tickets, both 12th-highest in the field.

This year, as of Thursday, Sept. 15, he’s +900 to win the Bass Pro Shops Night Race, just behind the favorites:

Sunday’s race will be Bell’s fourth Cup Series career start at a paved Bristol Motor Speedway. He has one top 10, one lap led, and an average finish of 22nd in his first three starts, though he does have a win and second-place finish in two of his three most recent Xfinity Series starts at the track.

Bell is also the biggest favorite in this week’s featured matchups at BetMGM:

Bubba Wallace isn’t in the playoff field but after a win in Kansas has the No. 45 Toyota in fifth place in the owners’ standings. It’d be shocking if he wins again this weekend, given his track record.

While he’s finished better than his starting position in six of seven career Cup Series paved races at Bristol, he’s never finished higher than 10th and has six total laps led, all of which came four years ago in the Food City 500.

Wallace has bigger race-winner ticket (2.3%) and handle shares (2.8%) than Bell and is commanding 79% of the handle (on 71%) of the tickets in featured matchup betting.

Kyle Busch and Kevin Harvick’s 41 and 32 career starts at Bristol rank first and third, respectively, among active drivers. They have a combined 11 wins, including Harvick’s in this race two years ago, and both rank in the top three (minimum of 10 starts) in all major categories, including average finish and laps led.

Harvick does rank third in both race-winner ticket (7.6%) and handle share (7.7%) but has just 2% of the handle in the matchup vs. Busch.

Chase Briscoe is miles ahead of Austin Dillon in race-winner odds – +2500 to Dillon’s +8000 – but only a modest favorite in this featured matchup. Neither driver was in contention at last year’s race, Briscoe’s first career start at Bristol.

Briscoe did post four straight top-four finishes at the track on the Xfinity Series from 2019-20, including a win in the 2020 Food City 300.

The public is buying Dillon in this matchup. He has 95% of the handle on 86% of the tickets.

Tyler Reddick was eliminated from the round of 16 after a 12th-place finish at Bristol last year. After some short-track success on the Xfinity Series, the 26-year-old has struggled to consistently contend at short tracks on the NASCAR Cup Series. He hasn’t finished higher than 12th in seven straight races.