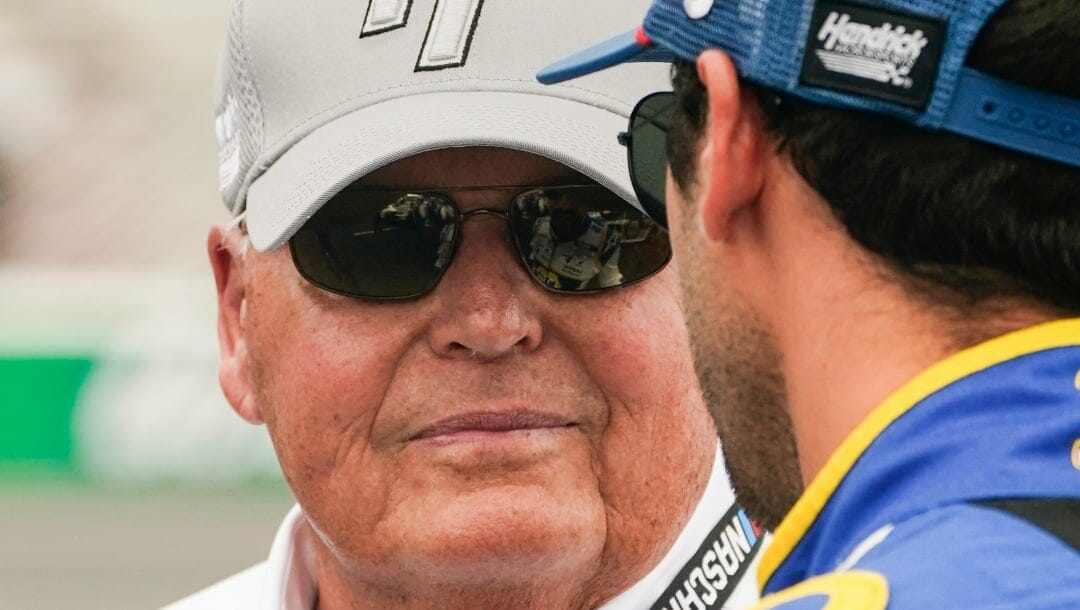 Jeff Gordon held off Ryan Newman and Rusty Wallace to win the 2002 Protection One 400, successfully defending his 2001 title to give Hendrick Motorsports consecutive wins in the first two races at the newly built Kansas Speedway.

No team won consecutive races over the next 11 years – one of the longest droughts for an interrupted NASCAR Cup Series race this millennium – until Joey Logano drove Team Penske to victory lane in both 2014 and 2015.

The onus is now on Larson, Chase Elliott, William Byron, and Alex Bowman to follow Larson’s 2021 win with a win in the 2022 race this weekend. And the public is buying a lot of Elliott and Larson stock.

As of Thursday, four drivers are in the top 14 of NASCAR odds at BetMGM, including two in the top four:

Elliott is dominating the ticket share at BetMGM; at 15% he has more than twice as many tickets as the next-closest driver, Denny Hamlin (7.1%). He also leads in handle share (17%), while Larson ranks third in both with 6.8% of tickets and 12.8% of the handle.

Byron and Bowman have never won and have just three top-5 finishes in 23 combined starts at Kansas. Larson and Elliott, meanwhile, have each won and rank fourth and first in top-5 finish rate, respectively, among active drivers. Only Kevin Harvick has a better average finish than Elliott (11.2), and no one has a better laps led rate than Larson (12%)

Larson led 131 of 267 laps in last year’s win, his third straight ninth of an eventual 10-win season. He won again two weeks later to claim the NASCAR Cup Series championship and four months later in the second race of the 2022 season.

With the WISE Power 400 win, Larson had a staggering six wins in 11 starts. Entering this weekend, he has just one win in 25 races.

Neither the lack of back-to-back team wins in this race nor Larson’s cold streak has pushed him down race-winner odds or featured matchup odds. He’s a favorite over Elliott in one of four featured matchups at BetMGM:

Elliott is fourth in Hollywood Casino 400 odds but remains a favorite in championship odds; at +350, he’s comfortably ahead of Denny Hamlin (+600), Larson (+800) and others.

And just like they’re buying Elliott in race-winner betting, the public is buying him to finish ahead of Larson at +100. He has 83% of the tickets and 86% of the handle against Larson.

Joey Logano has the most all-time wins in this race (three); Kevin Harvick is the only other active driver with multiple wins. Logano’s success, however, has been sporadic since a period of dominance in the mid-2010s.

In five races from late 2013 through late 2015, he won twice, never finished worse than fourth, and led at least 25 laps in each race.

It appears oddsmakers and the public are approaching Logano with caution this weekend. He’s a modest ninth on the odds board (+1400) with the 16th-most tickets (2.3%) and 11th-most handle (3.1%). But Logano is an overwhelming pick over Ryan Blaney; he has 94% of the featured matchup handle on 95% of the tickets.

Only Kurt Busch and Kevin Harvick have more career starts at Kansas than Kyle Busch, who’s won twice and has 10 top-10 finishes in 29 starts. But he’s led just 5.9% of total laps, finished an average of 3.1 spots below his starting position, and finished 28th in last year’s race after starting fourth.

Busch and Denny Hamlin both sit in the top five of race-winner tickets and handle, and their featured matchup is the most evenly bet of the weekend. Busch has 67% of the tickets but just 55% of the handle.

The first Suárez-Jones featured matchup of the season has Suárez as a sizable favorite despite zero success at the track. He has only one top-10 finish in 11 starts compared to five top-10s (and three top-fives) in 12 starts for Erik Jones.

Suárez’s struggles at Kansas isn’t scaring off bettors; he ranks fifth in race-winner tickets (5.9%) and handle (5.2%) and has 90% of the handle on 71% of the tickets against Jones.