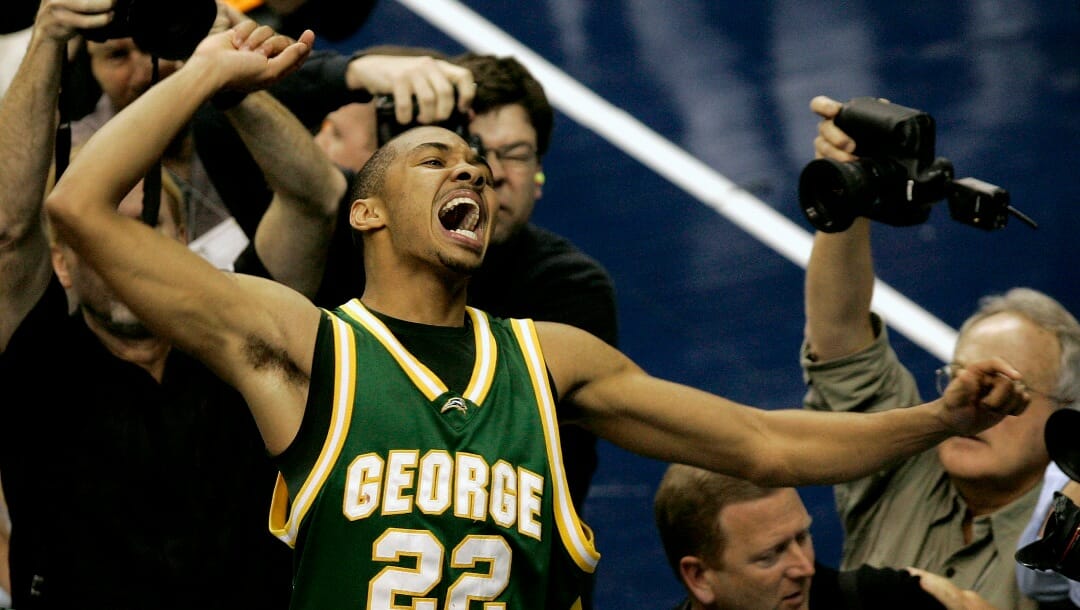 Whose record would Saint Peter’s have topped?

Lowest Seeds to Ever Reach the Final Four

The LSU tigers are the trendsetters here, but they did it in style.

This LSU team was an AP top-10 team, winning their first 14 games of the season. Then the chicken pox outbreak hit, three players were ruled academically ineligible, and they lost two players to injury. As a result, they would finish the season on a 7-10 run, making them an 11 seed in the tournament.

That was when they turned it around. LSU became the first team to eliminate their region’s first, second, and third seeds. They won each game by an average of four points before being defeated by Louisville.

This George Mason team racked up accolades all season long in 2006.

First, they set a school record with a 23-win regular season. Then they became the first CAA team to make the Final Four. They knocked off blue bloods like Michigan State and North Carolina before defeating the No. 2 overall seed, UConn, in the elite eight.

However, their run would end as they lost to the eventual national champions, the Florida Gators.

Shaka Smart and his Rams shocked the nation with their run in the 2011 tournament.

VCU was the first team to go from First Four to Final Four. They defeated USC,  Georgetown, Purdue, Florida State, and Kansas to get there. Although, they would finally fall to Brad Stevens’s Butler Bulldogs in the Final Four.

This Loyola team had extra help from above as the Ramblers and Sister Jean tore through the tournament.

They would shock Miami, Tennessee, and Nevada with narrow victories before pulling away from Kansas State to make the Final Four. However, Michigan would have none of it, as they would finally take down the Ramblers by double-digits in San Antonio.

The Bruins made another First Four to Final Four run as Johnny Juzang would carry UCLA past Michigan State, BYU, ACU, Alabama, and Michigan before losing an instant classic to Gonzaga.

Basketball betting is the best way to add more excitement to each season.

Whether you’re a first-time bettor browsing odds for a Tennessee-Alabama game, a casual fan building a parlay on a Saturday afternoon, or a longtime diehard breaking down trends for low-scoring Pac-12 games, there are a variety of opportunities for everyone.