10 Highest-Scoring Bears Games: Most Points Ever 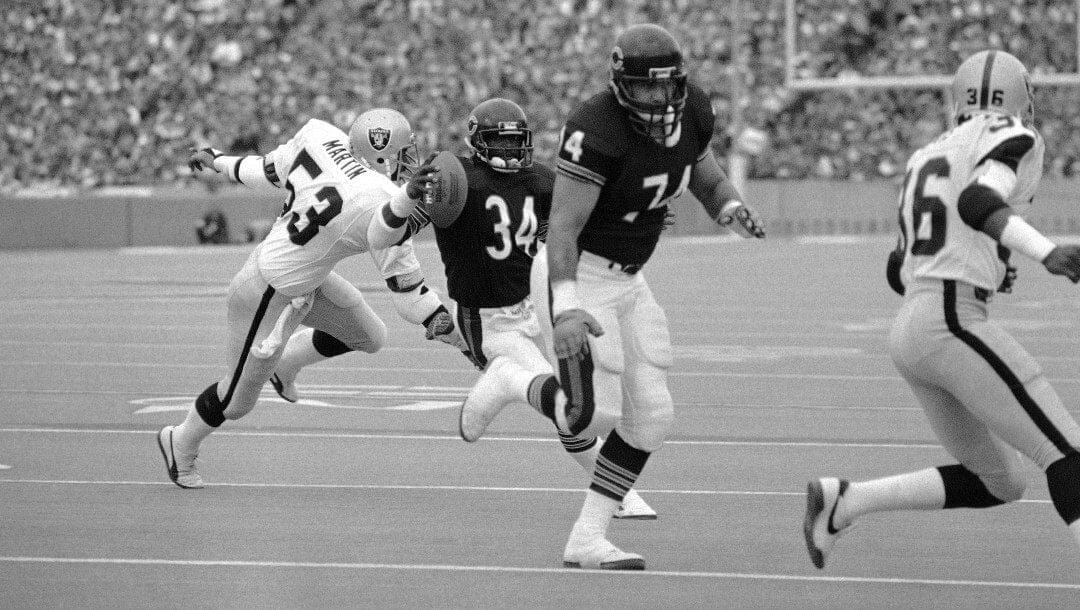 The Chicago Bears, who have NFL odds of +1100 to win the NFC North, had a multi-decade run of significant offensive efforts that started in the 1940s, which has helped lead to many high-scoring affairs.

No sports going on now so here are some Walter Payton highlights. pic.twitter.com/mtDUZZAZKK

With that, let’s rank the 10 highest-scoring Bears games:

It only makes sense that the biggest beatdown in Chicago Bears history came against their oldest rival, the Green Bay Packers. Walter Payton had one of his many triumphant performances in this one, rushing for 130 yards and three scores on the ground.

It’s no secret that the Chicago Bears have employed some of the greatest running backs the league has ever seen, and that proved true in 1965. Gale Sayers rushed the ball just nine times in the lopsided win but tallied 113 yards and an astounding four touchdowns.

In this contest, the Bears’ defense made life extremely difficult for Baltimore’s offense. Despite the Colts finishing the game with 27 points, Chicago forced four fumbles and had an interception in the victory, which helped the Bears improve to 3-1 on the season.

For the second consecutive game on this list, the Bears smashed the Baltimore Colts, but they weren’t kind enough to let the opposition get on the scoreboard this time. Billy Wade had a banner day at quarterback, throwing for 328 yards and three touchdowns.

A thrashing by the Bears in 1947 saw them defeat the Washington Redskins by 36 points.

In what ended up being a strange box score, the Bears scored 14 points in every quarter in this contest, leading to a 49-point victory over the lowly New York Giants. The win improved the Bears to 7-0-1 on the campaign.

The Bears’ big victories continued during their run in the 1940s, as they mauled the Chicago Cardinals. The Bears threw five touchdowns in the win while also picking the Cardinals off twice.

Things continued to stay positive for the undefeated Bears in 1963, which saw their record improve to 5-0 with this win. Mike Ditka had a great day at wide receiver, catching nine passes for 110 yards and four touchdowns.

A 24-point third quarter helped propel the Bears to a 17-point victory over one of their biggest rivals, the Minnesota Vikings. Fran Tarkenton threw for just 161 yards but did so efficiently as he tallied four touchdowns in the win.

Much like this list started, it finishes with another beatdown of the Green Bay Packers. The Pack tried to make things close in the fourth quarter by scoring 28 points, but the Bears’ rushing attack had a historic day, running for 406 yards and five touchdowns to seal the victory.