10 Highest-Scoring Bengals Games: Most Points Ever 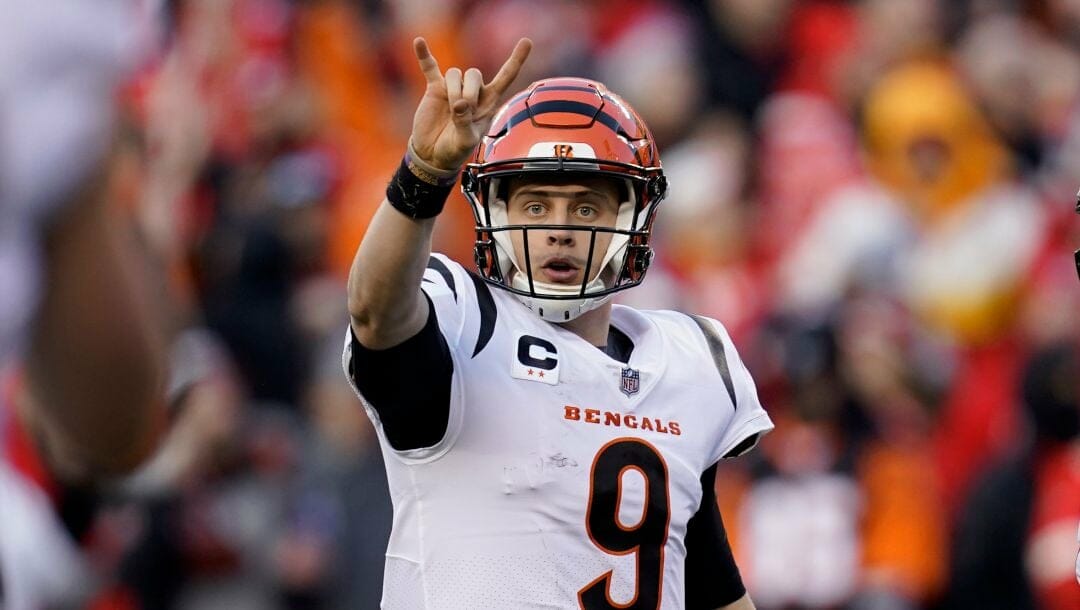 The Cincinnati Bengals are fresh off a Super Bowl appearance last season due partly to an explosive offense, an offense that has been doing damage since 1968. They have NFL odds of +2000 to win the Super Bowl this year.

Joe Burrow to AJ Green …… it feels like this never happened but we were fortunate and witnessed 2 Bengal Greats from 2 Different Eras collide ‼️🏈 #RuleTheJungle pic.twitter.com/PhupN9HOTW

With that, let’s rank the top 10 highest-scoring Cincinnati Bengals games:

In the late 80s, the Cincinnati Bengals had their fair share of high-scoring games, including a 61-point effort against the Houston Oilers. Boomer Esiason threw for 326 yards and four touchdowns, while the rushing attack combined for three scores and 192 yards in one of the most lopsided scores you’ll ever see.

In a weird set of circumstances, the two highest-scoring showings for the Cincinnati Bengals occurred on December 17 against the Houston Oilers. The earlier matchup in 1972 saw the defense take center stage, highlighted by three pick-6s, two of which were scored by Lemar Parrish.

Divisional rivals in the Cincinnati Bengals and Cleveland Browns combined to score over 100 points in this thrilling back and forth affair in the early 2000s. Carson Palmer had a rollercoaster-like performance against the Browns, throwing four touchdowns in the victory but also being picked off three times. Rudi Johnson was electric on the ground, rushing for 202 yards and a pair of scores.

The Bengals took it to the Tampa Bay Buccaneers in the third and fourth quarters just before Halloween in 1989. The Bengals outscored the Bucs 35-7 in the second half. Boomer Esiason had a great day under center, throwing five touchdowns and picking up 197 yards through the air.

For the third time in the top five, the Bengals again laid a beatdown on the Houston Oilers. The ground game was effective early and often in this contest, which saw the Bengals combine for five rushing downs, three of which came from Pete Johnson. Ken Anderson didn’t need to pass much in the victory, throwing for just 107 yards and one touchdown.

Cincinnati and the New York Jets had excellent teams in 1986, but this game went the Bengals’ way, outscoring the Jets 35-0 in the second half. Boomer Esiason again put up big numbers against the Jets secondary, throwing for 425 yards and five touchdowns.

The Bengals’ defense had an earth-shattering second-half performance against the Buffalo Bills back in 1984, which included two pick-6s in the fourth quarter to help put the game on ice. Quarterback Ken Anderson threw three touchdowns and 206 yards, while the Bengals ground game rushed for 201 yards and two scores.

The Bengals defeated one of the NFL’s most historic franchises, the Dallas Cowboys, by 26-points during the 1985 season. Boomer Esiason threw for 265 yards and three touchdowns, while the Bengals ground attack rushed for 274 yards and four touchdowns, led by James Brooks contributing two touchdowns and 109 yards.

Cincinnati Bengals fans might not have the most positive memories of Andy Dalton. However, he put up his fair share of big performances, including one against the Jets in 2013. Dalton threw five touchdown passes in the 40-point victory, wide receiver Marvin Jones catching four of them.

A few trends have emerged on this list, including this being the sixth game in December and the third on December 17. Something about the snowfall and Christmas spirit clearly gets this Bengals offense going, and that was no different in 1978. Pete Johnson rushed for 160 yards on the ground, while Scott Perry sealed the game in the fourth with a 16-yard interception return.

Where Will Cade McNamara Transfer?