10 Highest-Scoring Buccaneers Games: Most Points Ever 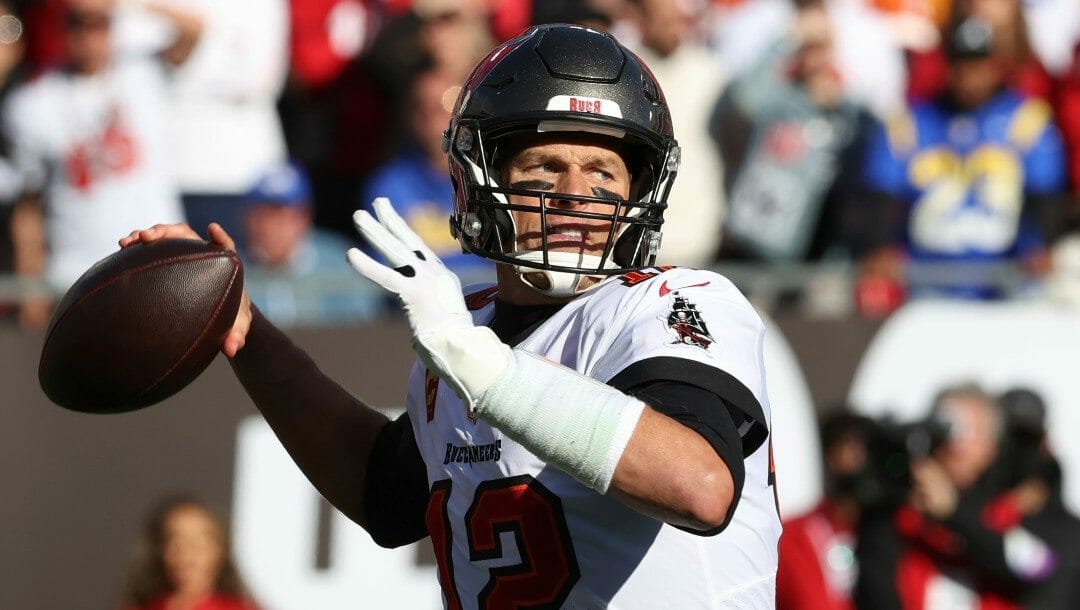 The Tampa Bay Buccaneers are searching for their third Super Bowl as Tom Brady and Company are among the favorites to lift the Lombardi in February.

As we await the start of the season, and some NFL parlays action, let’s take a look at the ten highest-scoring games from the Bucs in franchise history:

In the final season of the Jameis Winston era, the Bucs put on an offensive clinic against one of the league’s top teams. In his first season at the helm, head coach Bruce Arians brought his squad into LA, hoping to pull off a road upset. They scored 55 points in the shocking victory as Tampa Bay was a 9-point underdog in the matchup.

Many of the games on this list come from the past two years, as legendary quarterback Tom Brady has brought the offense to heights it has never seen in franchise history. The 44-year-old slung five touchdowns on the day, as the Bucs pulled away with 21 points in the fourth quarter to take the Week 2 win.

He guided a comeback of at least 17 points in each of those games. Pretty, pretty good.

Yet another shocking result makes the list at No. 3, as the Bucs opened the 2018 season as double-digit dogs against the Saints in the Superdome. Journeyman signal-caller Ryan Fitzpatrick was under center in this one, while Winston served a four-game suspension. Fitzpatrick had one of the best games of his career, completing 21 of 28 passes for 417 yards and four touchdowns.

The first game that wasn’t within the last five years takes the spot at No. 4 as the Buccaneers dominated New Orleans for 60 minutes in this one. The two entered the Week 15 matchup in a must-win spot for both team’s playoff hopes, and Tampa was ready from the jump. The Bucs took a 30-0 lead into halftime as they would go on to make the postseason for the third consecutive season.

In a forgettable 4-11 season in 1987, Tampa Bay provided some serious hope with a season-opening hammering of the lowly Falcons. This one was an all-around team effort as the Bucs accrued 460 total yards, allowing Atlanta to gain just 197 while forcing three turnovers in the victory.

This game was one of eight consecutive wins from the Buccaneers en route to their Super Bowl LV title in 2020. At the time, it was their second-highest road scoring output in franchise history. Wide receiver Mike Evans lit up the Lions’ secondary with ten receptions for 181 yards and a pair of scores.

Tampa Bay took it to yet another NFC South foe in that same 2020 season as they grabbed the season sweep over the Panthers. Fans will remember the 98-yard rushing touchdown from Ronald Jones as he tore up Carolina for 192 yards on 23 rushes for two touchdowns.

The third game from the Super Bowl-winning season sneaks onto the bottom of this list as the Bucs pulled away late in this one. A Daniel Carlson field goal early in the fourth quarter made it a 24-20, but Tampa capitalized in crunch time, scoring a touchdown in all three fourth-quarter drives en route to their fifth win.

A highlight game from Winston’s rookie season rounds out the top 10. He tossed five touchdowns to five different players as Tampa would get to .500 right before Thanksgiving. Unfortunately, it was the peak of a difficult season for the Buccaneers. They would go 6-10 and miss the postseason for the eighth straight year.