10 Highest-Scoring Dolphins Games: Most Points Ever 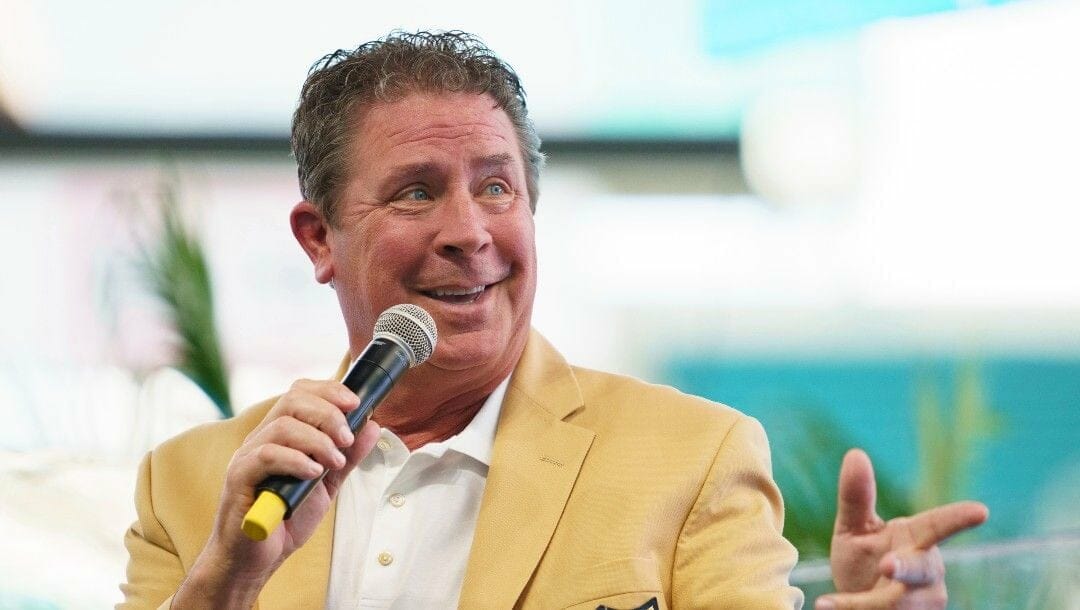 The Miami Dolphins’ history is much more decorated than recent years suggest, although things might be changing this year with a big offseason. They have +250 NFL odds to win the AFC East.

The list below includes many of the legends that have donned the Dolphins’ colors as they were significant factors in some of the franchise’s highest-scoring games.

Just five years removed from their undefeated season, one of the only remaining members of that 1972 team would have a career day. Hall of Famer Bob Griese lit up the St. Louis Cardinals for six passing touchdowns. But, while Griese led the way scoring-wise, the Dolphins backfield did most of the damage. Seven players combined for 55 carries and 295 rushing yards to set up many of those red zone scoring opportunities.

Dan Marino torched the Jets in the 1995 season opener, throwing for 250 yards and three touchdowns. However, Miami benefitted from six Jets turnovers, including three interceptions of Boomer Esiason and one of backup Bubby Brister. Wide receiver Irving Fryar was the player of the game, burning the Jets secondary for 110 yards on five receptions, two of which were touchdowns.

This game is the perfect example of how dominant the 1972 Miami Dolphins were. The “No-Name Defense” shut out the Patriots, holding them to just 169 total yards and forcing three turnovers. Offensively, running back Mercury Morris led the way, rushing for 90 yards and reaching paydirt on three separate occasions. This victory was the Dolphins’ ninth on their way to 17 in their perfect season.

The Dolphins opened the 2002 season with a bang. Ricky Williams ran wild on the Lions’ defense as he would rack up 111 yards and score twice. However, the performance of quarterback Jay Fiedler cannot be overlooked. He was excellent, throwing for 207 yards and three touchdowns. Looking back, there was a significant disparity between these two teams as the Lions would finish the season 3-13 while the Dolphins wound up 9-7.

We round out the top five highest-scoring games in Dolphins franchise history with yet another appearance by a 70s team. The 1975 Dolphins notched their sixth win of the season by beating down a young Walter Payton and the Chicago Bears. Again, Bob Griese had a stellar performance, throwing for 288 yards and three touchdowns on just 12 completions. All three of his touchdown passes were 20 yards or more, with the longest being a 79-yard connection with Nat Moore.

Dan Marino would start the party, tossing two touchdown passes in the first half. The game would remain tied at 14 halfway through. However, Bernie Parmalee would brake the game open and give Miami a 35-21 lead entering the fourth. Parmalee was the star of the game as he rushed for 127 yards and caught a touchdown to go along with his 47-yard rushing touchdown.

Dan Marino torched the 10-1 New York Jets just days before Thanksgiving. He would rack up 288 yards and four touchdown passes along the way. However, he was not alone. Running back Lorenzo Hampton had 148 yards and two scores as well. It was a day to forget for the Jets as they had more turnovers than they did points.

This game is one of the rare times you’ll see a team put up 45 points in a loss. However, this game was an epic shootout between Dan Marino and Jets quarterback Ken O’Brien. The two would match each other for the entire game, but O’Brien got the ball first in overtime and ended the game swiftly with a 43-yard touchdown pass to Wesley Walker.

The story of this game was the Dolphins’ defense. Not only did they force four turnovers, but they scored twice. On top of that, Tommy Vigorito would return a punt 59 yards to the house. Miami’s defense and special teams outscored the Jets by themselves entering the fourth quarter. Running back Andra Franklin did the damage for the Dolphins’ offense. He rushed for 103 yards and scored twice in the first half.

If it weren’t for wide receiver Freddie Solomon, the Dolphins would have been on the losing end of this one. Solomon scored in every way possible. He caught a touchdown pass, ran for a score, and returned a punt return for six points. Meanwhile, for the Bills, O.J. Simpson was running wild as he racked up 203 yards, of which 75 came on one long scoring play.