10 Highest-Scoring Patriots Games: Most Points Ever 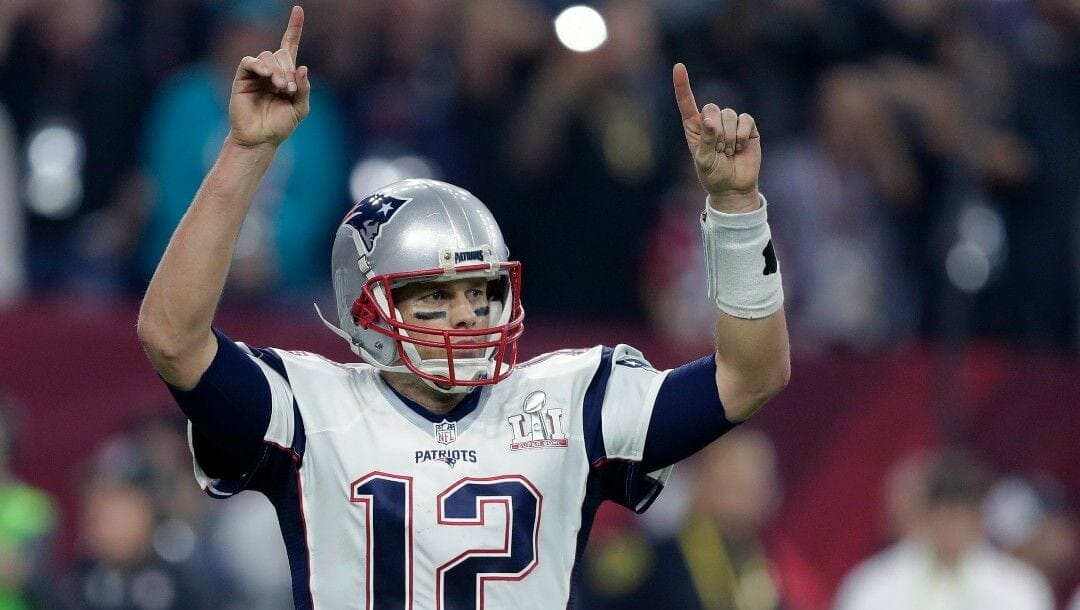 The New England Patriots’ history really only began 20 years ago when some guy named Tom Brady put them on the map and they dominated in NFL betting. However, the Patriots have been around since 1959, and some of their best performances in franchise history did come before the Brady era.

So, where do they rank in the team’s highest-scoring games? Let’s find out.

Tom Brady and the Patriots would lay the smackdown on Andrew Luck and the Colts. After a tightly contested first half, the Patriots would dominate the third quarter as Brady threw two of his three touchdowns. However, it was the defense that would make the difference, as Aqib Talib and Alfonzo Dennard would intercept Luck and take it to the house. Add in a 68-yard punt return for a touchdown from Julian Edelman, and you have the highest-scoring game in Patriots history.

In one of the most lopsided games in NFL history, Tom Brady would shine brightly on a snowy day in Foxborough. Brady would throw five touchdowns on the day, three of which to Randy Moss. However, credit must be given to the Patriots defense, who shut down a Tennessee offense that was not adjusted to playing in the snow. The Titans had just 14 yards passing and 186 total yards.

This game was one of Tom Brady’s best performances as he would go 31 for 39 with five touchdown passes and 373 yards. Four of his five touchdown passes would be caught by Randy Moss. This was a statement made by a legendary Patriots team that would finish the regular season undefeated, and Moss would set an NFL record with 23 receiving touchdowns. Looking back, this was a tremendous mismatch as the Bills had J.P. Losman at quarterback.

We’ve finally turned back the clock as Steve Grogan gets his 15 minutes of fame. Grogan was impeccable in this game as he went 13 for 18 for 315 yards and threw five touchdown passes. The Patriots were good in 1979 and would have been a playoff team if not for a three-game collapse at the end of the regular season.

Tom Brady and Ben Roethlisberger would duel until the third quarter of this game. New England would go to halftime with a 14-point lead, but Big Ben and the Steelers would punch back in the third with two touchdowns of their own to tie the game. Though Brady would take over the fourth quarter, leading the Patriots down the field for four scoring drives, which were punctuated with an 81-yard connection between Brady and receiver Aaron Dobson for six points.

Turning back the clock again, Steve Grogan had another prolific day passing the ball. He connected for four scores and racked up 281 yards on just 15 completions. All his touchdown passes came in the first half as the Patriots scored 41 of their 55 points. The Patriots would then grind this game out on the ground as eight different ball carriers totaled 240 yards and averaged 5.6 yards per carry.

The most recent addition to this list was a dominant performance by the Patriots offense. First, Mac Jones shredded the Jets’ defense as he threw for 307 yards and two touchdowns. Then, in the second half, the Patriots would pile on even more as they converted Mike White’s interceptions into points by pounding the ball into the endzone with Damien Harris and J.J Taylor on three separate occasions.

In the first three quarters, Ryan Fitzpatrick would come out firing with three long touchdown passes to build a 21-7 lead. However, Tom Brady has proven time and time again that he is never out of a game. He responded with two touchdowns, one rushing and one passing to even up the game by the end of the third quarter. Brady and the Patriots would take over from there. New England would go on to outscore Buffalo 31-7 in the fourth quarter as they would convert each possession into points, and they were given a few extra from Fitzpatrick’s interceptions.

Tom Brady would put on an offensive clinic as he threw for 306 yards and two touchdowns while adding in two more scores on the ground. Meanwhile, the New England defense would shut down the Redskins offense entirely. They held Clinton Portis to just 27 yards, and they only allowed 47 yards rushing in the entire game. As a result, Washington’s only points of the game would not come until garbage time late in the fourth quarter, when they were down 52 points.

We get to go all the way back to the Patriots’ days in the AFL. Larry Garron and Billy Lott could not be stopped. Garron rushed for 116 yards on ten carries, and Lott had 51 yards rushing and then added 108 yards and three touchdowns receiving. Boston would benefit from five Buffalo turnovers in what was the first blowout in franchise history.