10 Highest-Scoring Vikings Games: Most Points Ever 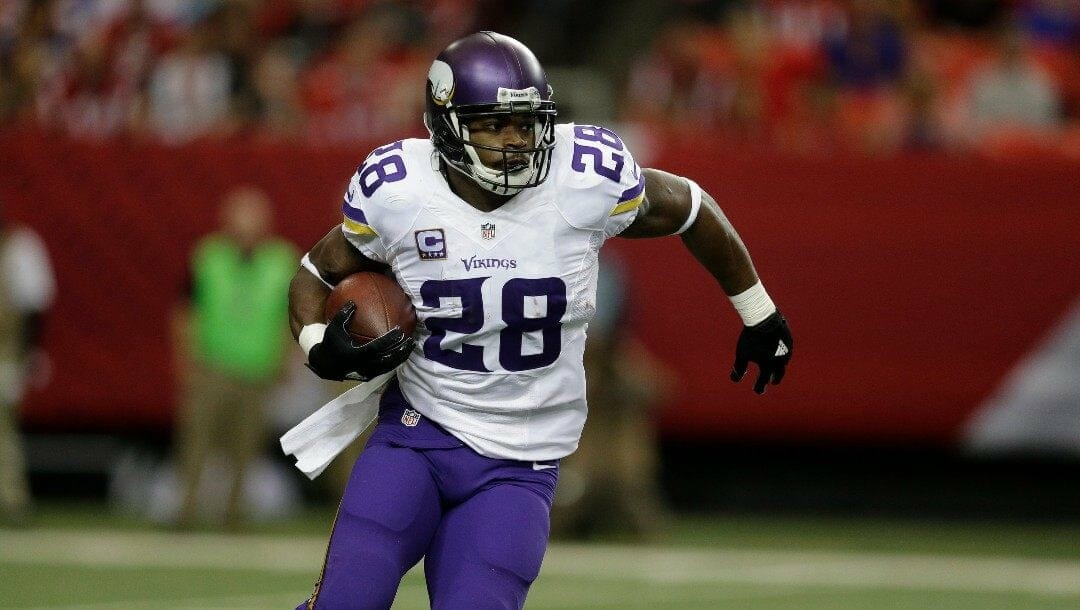 The Minnesota Vikings, who have NFL odds of +4000 to win the Super Bowl, have had some historic offensive presences play for them over the years, leading them to some of their highest-scoring games.

With that, let’s rank the top 10 highest-scoring Vikings games:

The highest-scoring game in the Minnesota Vikings franchise history came against one of the sport’s most iconic franchises, the Dallas Cowboys. The 39-point throttling saw special teams and the defense play significant roles, with Ed Sharockman recording a blocked punt for a score, in addition to a pick-6.

Even with the Vikings playing in a separate conference, they contributed to multiple beatdowns of AFC North teams, headlined by one over the Pittsburgh Steelers in 1969. The defense was again the story here, with Paul Krause kicking things off in the first quarter with a 77-yard interception return.

The second massacring of an AFC North team occurred when the Vikings obliterated the Baltimore Colts that same season. Joe Kapp had a historically strong day at quarterback, throwing for 449 yards and seven touchdowns.

Things escalated early and often for the Vikings in their 41-point thumping of the Houston Oilers in the 1974 season. Fran Tarkenton and Bob Berry combined to throw five touchdown passes in the victory, while John Gilliam caught an 80-yard bomb to shake things up on offense for Minnesota.

With their third consecutive beat down of an AFC North team in the 1969 season, the Minnesota Vikings crushed the Cleveland Browns by 48 points, which included picking off quarterback Bill Nelsen three times in the monumental victory.

Randall Cunningham wasn’t at his best in the Vikings’ thumping of the Jacksonville Jaguars by 40 points, but he didn’t need to be with the support he got from the defense. The Vikings sacked Jonathan Quinn four times in the victory, in addition to picking him off twice, one of which was returned for a touchdown.

In their most recent significant victory on this list, the Vikings took it to the visiting New York Giants in 2015, defeating them by a whopping 32 points. The ground game stole the show in this contest, seeing Adrian Peterson and Jerick McKinnon rush for 193 yards and three scores.

Wade Wilson had a strong day as the signal caller for the Vikings in 1988, throwing for three touchdown passes and 335 yards in their 29-point victory over the Tampa Bay Buccaneers. Brad Edwards put things out of reach in the third quarter with a 37-yard interception return.

The Vikings utilized good field position and a strong ground game in their 18-point win over the Philadelphia Eagles, which saw Matt Asiata score three times on the ground. At the same time, even quarterback Matt Cassel got in on the fun with a rushing touchdown of his own.

This list likely wouldn’t be complete without a significant effort against a divisional opponent, which transpired when the Vikings destroyed the Chicago Bears by 26 points in 1998. Randy Moss was a human highlight reel in this game, catching eight balls for 106 yards and three touchdowns.