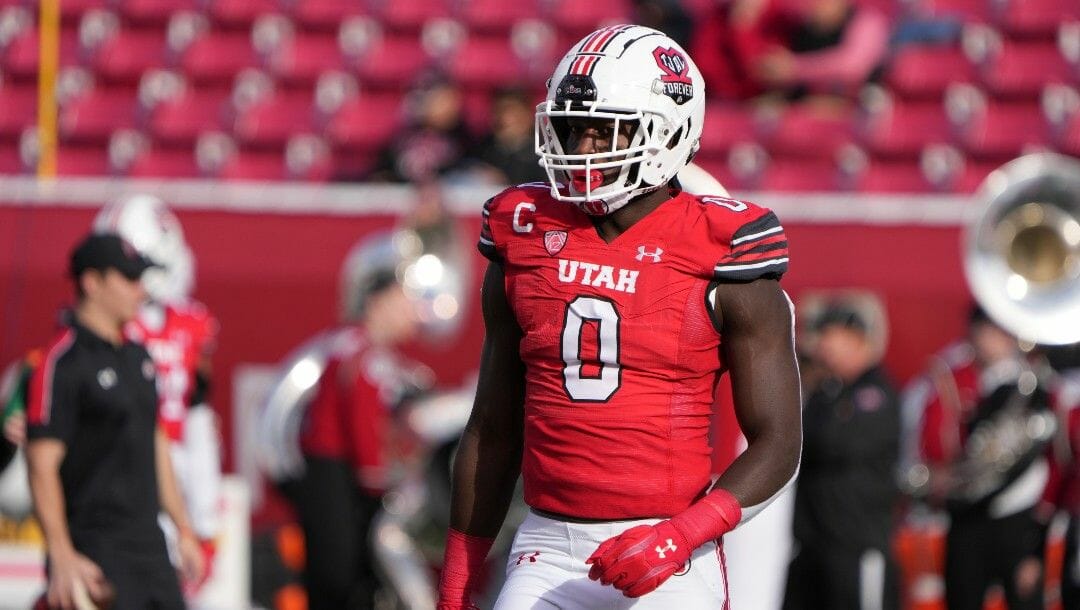 Creeping up to the line before the snap, Devin Lloyd seemed sure of what was going to happen next.

In a game last season, Stanford was seeking to convert on third-and-13. But Lloyd, a Utah linebacker and one of the top prospects in this year’s NFL Draft, made sure that didn’t transpire.

Lloyd was constantly disruptive in his collegiate career and should continue to be so as a pro.

The New Orleans Saints could help themselves by adding Lloyd in this draft.

The Saints still have Pete Werner and Demario Davis, two linebackers who were in Pro Football Focus’ top 20 last season. And via Football Outsiders, New Orleans was in the top five in total, rush and pass DVOA on defense. So they have strength on that side of the ball.

But Kwon Alexander is a free agent. Lloyd is a versatile player, and if they wanted, the Saints could plug him into that remaining third linebacker spot and move pieces around as needed.

The Saints recently acquired the Nos. 16 and 19 overall picks in a trade with the Eagles. If they don’t use their stockpile of picks to trade up, Lloyd would be a dynamic talent to add to their defense.

Lloyd was a finalist for the Butkus Award, which goes to the best linebacker in the nation, not once but twice. He was also last season’s Associated Press Defensive Player of the Year and a finalist for the Lott IMPACT Trophy, going to the standout defensive player in the country.

He was also a two-time All-American, earning consensus recognition in 2021. He was the Pac-12 Pat Tillman Defensive Player of the Year as well and a three-time all-conference selection.

Last season, he led the Pac-12 with 22 tackles for loss and paced linebackers in the conference with eight sacks. He added 110 tackles, third in the Pac-12, as well as four interceptions with two ran back for scores, six pass breakups, two quarterback hurries and a fumble recovery.

He was consistent that season, totaling eight or more tackles in eight of his 14 games. And he excelled in substantial moments, as he earned PFF’s highest grade for a linebacker in any 2021 game during the Pac-12 Championship.

In five 2020 games, Lloyd paced the Utes with 48 tackles and 10 tackles for loss. He tacked on two sacks, a forced fumble and a QB hurry.

After redshirting in 2017, he played in 14 games the year after. He was an all-conference honorable mention in 2019 at rover linebacker, totaling 91 tackles, 11 TFLs and 6.5 sacks.

Lloyd’s intelligence is evident. He is disciplined with his eyes and committed to his assignment. He’s instinctual, and he knows his opponent well based on prior preparation.

Lloyd’s first few steps after the snap are explosive. He can close in on opponents in a hurry.

He’s also a reliable tackler. Though he’s not as physical when taking on blocks, he is when he’s taking ball carriers down.

On a third-and-11, Stanford called a screen. Lloyd was caught going after the quarterback and should’ve been out of position on the play.

But when the ball was caught out wide, Lloyd was swift. He rushed over and laid a massive hit for a loss.

He was second among linebackers at the NFL Combine by bench pressing 225 pounds 25 times, so strength won’t be an issue. But his hand usage could be improved, especially with run defense where he should strike blockers’ chests and gain control.

He can also overpersue at times. This leaves him vulnerable to play fakes, traps or simply being caught in the wrong gap.

But he can also win around the edge when against tackles, which helped him pile up his sack numbers. He can line up all over the field, either as an outside or inside linebacker or as an edge rusher with his hand on the ground.

He’s also fluid in pass coverage. Against BYU this past season, Lloyd began a play a step behind as he watched out for a handoff. But when the quarterback looked to pass, he dropped back.

Unpanicked, Lloyd was smooth as he caught up with a tight end running a seam route. Lloyd ran over in time to break up the pass, despite being drawn in by a play fake to start.

Lloyd has the potential to hamper NFL offenses in all sorts of ways.

Lloyd’s draft position Over/Under is 18.5. Michigan defensive end Aidan Hutchinson has the leading NFL Draft betting odds to be picked first at -225 as of April 15.