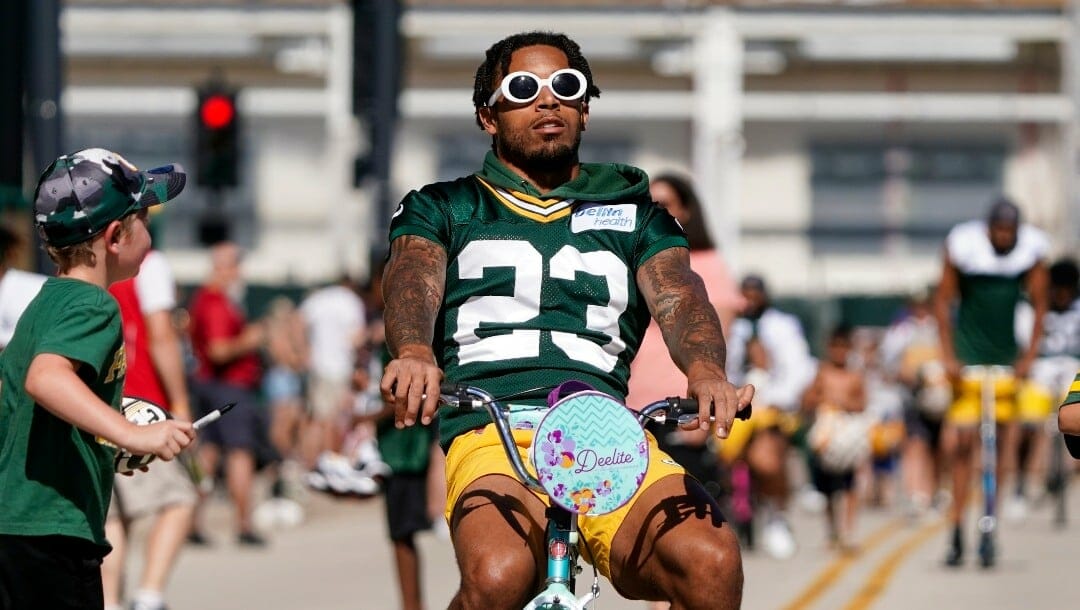 By total cash, here are the highest-paid NFL cornerbacks for 2022:

Jaire Alexander’s four-year, $84-million contract – signed in May 2022 – doesn’t begin until 2023, but the former first-round pick will cash in this season, his fifth with the Packers.

In the first year of a five-year, $97.6-million contract, Marshon Lattimore is the highest-paid player on the Saints. No other teammate will earn more than $20 million in total cash in 2022.

Derek Stingley’s selection as the third overall pick in the 2022 NFL Draft earned him a four-year, fully guaranteed $34.7-million rookie contract. Most of his 2022 cash comes via a $22.4-million signing bonus.

Three years after he was the nation’s 1,672nd-ranked player in the 2019 college football recruiting class, Ahmad “Sauce” Gardner signed one of the biggest cornerback rookie deals in NFL history.

Approximately two-thirds of his fully guaranteed four-year, $33.5-million deal is due in 2022.

After months of trade rumors – and reported attempts by some teams, including the Baltimore Ravens in November 2021 – Xavien Howard signed a five-year, $90-million contract to remain in Miami.

The All-Pro corner is due at least $16.8 million in each of the next five seasons.

Carlton Davis earned a total of $5.7 million over his first four seasons after a second-round selection in the 2018 NFL Draft.

He’s scheduled to earn at least $14.5 million annually throughout his three-year, $44.5-million deal that runs through 2024.