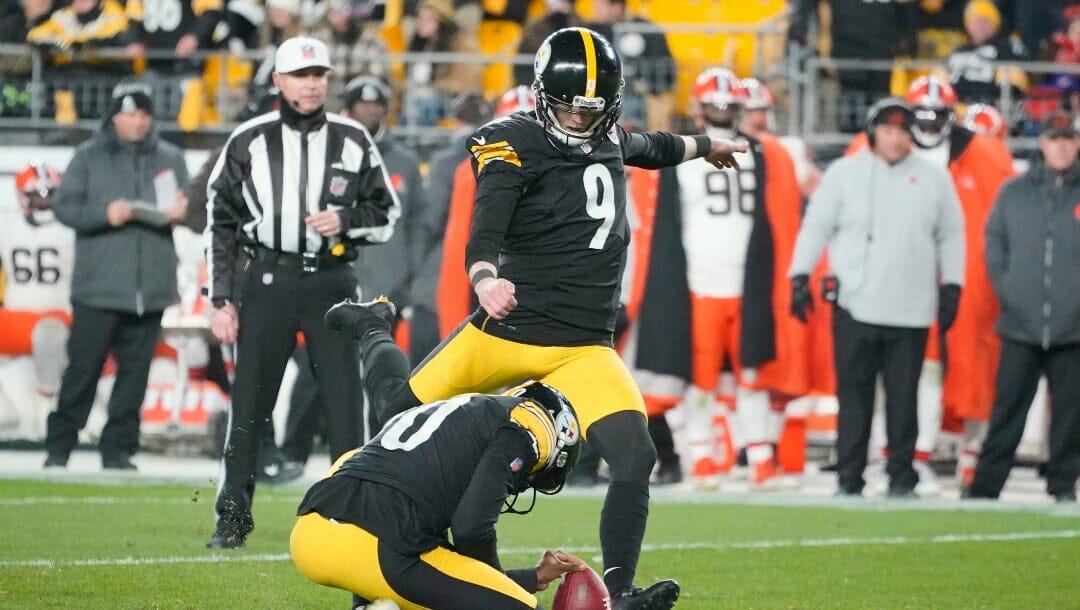 NFL teams have never shelled out big cash to kickers.

There are two $8-million kickers in 2022, but that’s not nearly enough to sit among the highest-paid NFL players. So while kickers might rank among the highest-scoring players each season and over NFL history, they’re annually buried in salary rankings.

By total cash, here are the highest-paid NFL kickers for 2022:

Chris Boswell made $9,300 in two separate stints with the Houston Texans as an undrafted rookie in 2014. He’s now the highest-paid kicker in the NFL and scheduled to make more than $23 million over the next five years.

Younghoe Koo never made more than $1 million in any of his first five seasons in the NFL. He’ll average nearly $5 million annually throughout his five-year, $24.5-million deal that begins in 2022.

Justin Tucker signed a four-year, $24-million extension before the 2022 season, his 11th in the NFL after going undrafted out of Texas in 2012. He’s now under contract through 2027.

A former undrafted FCS kicker, Jason Myers never made more than $700,000 in any of his first four seasons. Then he signed a four-year, $15.5-million contract with Seattle that runs through the 2022 season.

Robbie Gould is in the final season of a two-year, $7.3-million deal that will push him closer to $50 million in career earnings over 18 NFL seasons.

After three seasons with mid-six-figure salaries, Jake Elliott cashed in with a five-year, $19.3-million contract that runs from 2020-24.

Most of his total cash number over the final three years comes from his base salary, approximately between $3.4 million and $3.8 million annually.

Graham Gano was one of the NFL’s highest-paid kickers throughout most of his nine seasons with the Carolina Panthers. Now in his third season with the Giants, he’s still financially afloat with $3.8 million in cash.

Despite a fourth straight season in which Graham converted at least 87% of his field-goal attempts, the Giants were horrendous against the spread in NFL betting.