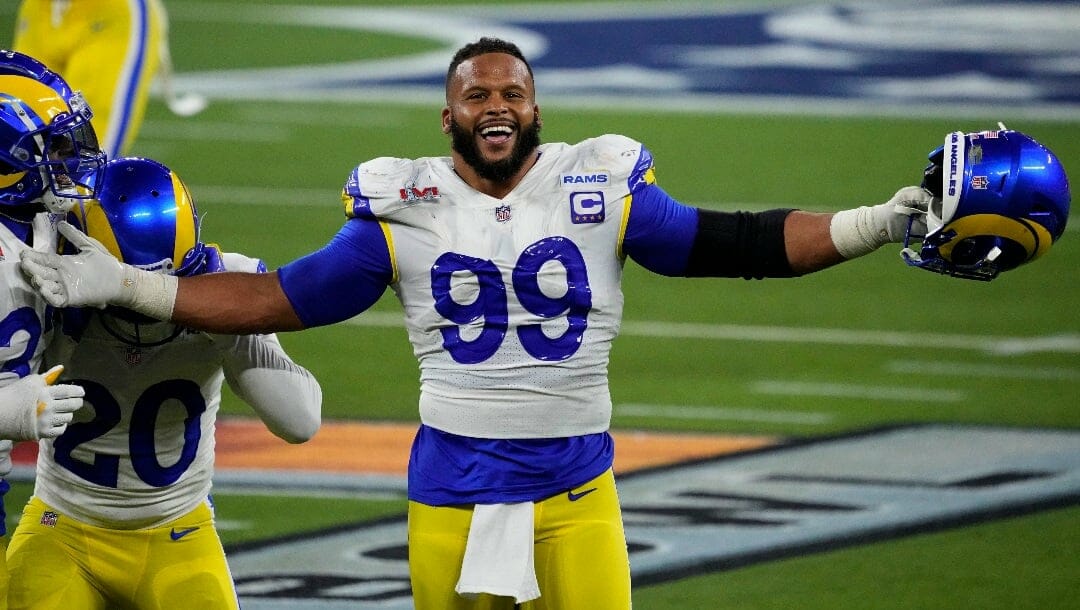 The defending Super Bowl Champion Los Angeles Rams looked unstoppable at times last season. A fierce combination of explosive offense and suffocating defense gave them an advantage over their opponents at both ends of the field. It took years to put the pieces of the puzzle together. Effective drafting, shrewd trades, and elite game planning factored into LA getting past the cream of the NFL crop last season.

The Rams went all-in last year, forsaking draft picks and future assets to round out their roster with the pieces needed to win now. Windows don’t open and shut in a season, and although the future of the Rams is built on shaky ground, they’re running things back with the same team for another shot at glory.

The carousel churns in the NFL offseason.

The Rams lost several key contributors from their Super Bowl-winning team, replacing them with upgraded players. Von Miller was a stabilizing force on defense, shoring up a linebacker corps short on impact players. Although Miller departed on his terms, signing a deal with the Buffalo Bills, the Rams acquired six-time All-Pro Bobby Wagner to replace him. Wagner has recorded no fewer than 133 tackles in any of the last six seasons.

On offense, the team moved on from veteran wide received Robert Woods, who had spent the past five years in LA, catching 367 passes for 4,626 yards and 23 touchdowns. Woods will be missed on offense, but the Rams have found an adequate replacement in Allen Robinson II. The former Chicago Bears wideout totaled 2,807 receiving yards over the last three years, surpassing the 1,000-yard mark in two of those three seasons.

Matthew Stafford is easily the best QB Allen Robinson has ever played with.

There’s a chance for A-Rob to get back on track. pic.twitter.com/Z6kJ3TMYfd

Bruss was a third-round selection out of Wisconsin who will be called upon to contribute from the outset and afford Matthew Stafford time and space in the pocket.

Aaron Donald plays by his own rules. That made it somewhat surprising when the three-time Defensive Player of the Year decided he would return for a ninth season in the league. Donald had indicated his intention to step away from football after year eight, instead opining that he had so much fun last year that he wanted to torment opponents for one more season and defend his Super Bowl crown.

Donald is a disruptive force that necessitates extra attention from the offensive line. Consequently, other defenders have more opportunities to get to opposing quarterbacks, making the Rams one of the best units in the NFL.

Having Donald back for a ninth season is a big reason why the Rams’ Super Bowl window is still open. If they can somehow continue to win championships, maybe Donald will never leave.

To be the best, you have to beat the best, and the Rams will be ready to defend their title in 2022.

Several noteworthy additions upgrade this team on both sides of the ball, and the team’s cornerstones are in prime football years. With a more challenging schedule on the horizon, we might not see this team have the same regular season success, which could cause their Super Bowl odds to fall. Still, as we saw last year, the Rams have an incomparable playoff pedigree and could repeat as champions.