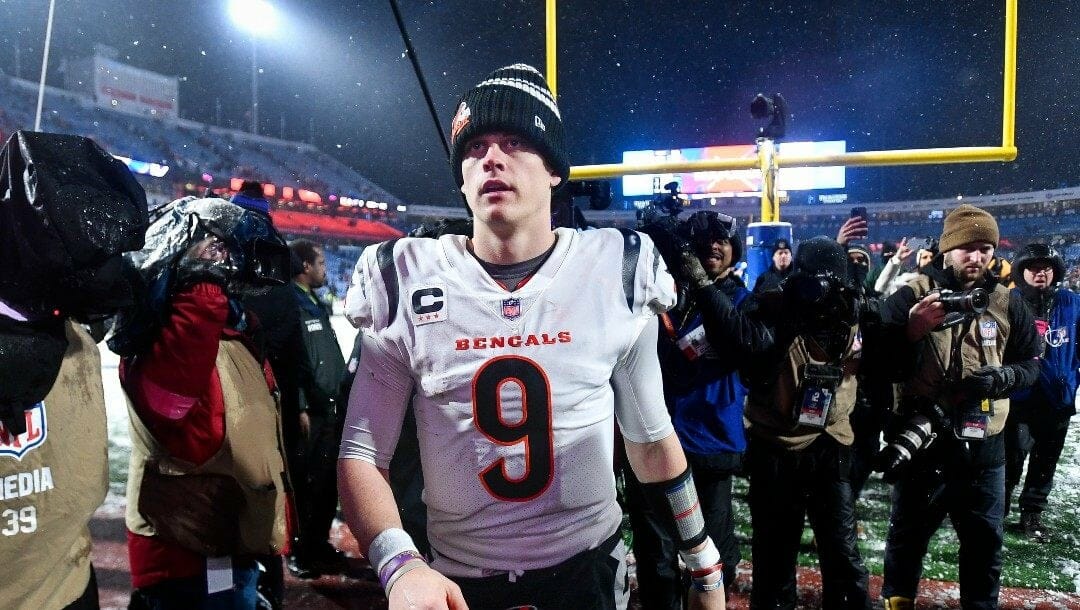 Just before training camp in 2020, a few months after being selected No. 1 overall in the NFL Draft, Joe Burrow signed his rookie contract with the Bengals.

It was a four-year deal that would run through the 2023 season.

Joe Burrow is in the third season of a four-year contract with the Bengals. The four-year deal is worth a total of $36,190,137. He currently has the 15th most expensive contract among quarterbacks (total value).

His contract is fully guaranteed.

Burrow, and the rest of the 2020 first-round picks, can have their fifth-year options picked up until May 1, 2023.

All drafted rookies are given four-year contracts, and teams can extend that contract to a fifth year with players selected in the first round.

This is a no-brainer for the Bengals, but they have bigger plans with their quarterback.

Burrow is eligible for an extension after the third year of his rookie contract, i.e., immediately after the Bengals are eliminated from the playoffs or win Super Bowl LVII.

Cincinnati is in the AFC title game, and as of Jan. 27, the Bengals are one-point underdogs against the Chiefs.

According to NFL Media’s Ian Rapoport, the Bengals plan on signing Burrow to his fifth-year extension (due by May 1) and work on an extension.

As for how much money Burrow could be getting?

Josh Allen’s deal that he signed in August 2021 could be a starting point. The Bills quarterback signed a six-year deal worth $258 million. This deal was signed going into his fourth season, which is where Burrow will be this offseason.

Burrow’s contract has the potential to be even greater than Allen’s, especially if he can lead his Bengals back to the Super Bowl for the second straight season.