The 10 Best New England Patriots Teams of the 21st Century 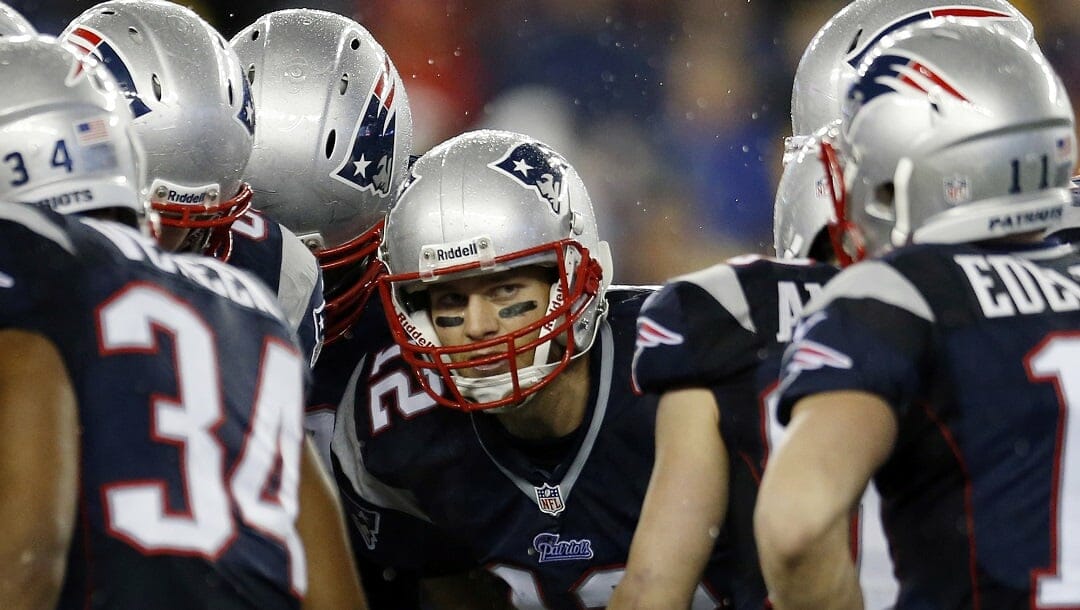 Few teams in professional sports have such a rich history of recent results that fans can argue about which championship team was the greatest.

But the Patriots can take it one step further than that. Tom Brady and Bill Belichick anchored a 20-year dynasty that yielded 17 playoff appearances and six Super Bowls. No team has consistently dominated the NFL odds market like the New England Patriots.

Here, I offer my take on a topic that’s undoubtedly been debated countless times across many a New England barstool – if you had to rank the Pats teams of the Tom Brady/Bill Belichick era, which ones are the best?

It’s a testament to what the Pats have accomplished this century that there are Super Bowl-winning teams that don’t even make the cut.

In November 2018, the Rams beat the Chiefs, 54-51, in one of the greatest Monday Night Football games of all time; three months later, the Rams were nearly shut out in the Super Bowl.

Bill Belichick won his sixth and final Super Bowl with a masterful defensive game plan that completely shut down a thermonuclear Sean McVay-led offense. For a dynasty that has assembled a long line of championship memories, this low-scoring title game may end up remembered as merely the boring championship.

All championships are created equal in the eyes of history, but the truth is that the memories of a Super Bowl punt fest mask the fact that this Pats team was not a vintage squad. By 2018, the cracks in the foundation were starting to show. The defense was great, but Brady had a rapidly degrading cast of playmakers around him.

This was an excellent example of the value of a first-round bye. The 2009 Pats team gets a bit lost historically, but this was one of the better teams of the period between the two Super Bowl cluster periods.

But a good-not-great record in the regular season left the Pats contending with a familiar playoff foe: John Harbaugh’s Ravens. And on a 20-degree afternoon in New England in January 2010, the Ravens piled up 234 yards on the ground against New England’s defense, sending the Pats to a rare early playoff exit.

In hindsight, a high-scoring Super Bowl game between the Eagles and the 2017 Patriots should have been one of the easiest NFL bets of all time. New England boasted the No. 1 offense in the NFL in 2017, thanks in large part to a prime Rob Gronkowski year, but the defense was among the worst of the Belichick era.

That ultimately proved a mortal flaw in Super Bowl LII, where Nick Foles and the Eagles outran what the Patriots’ offense could do against their own defense.

Still, this was another impressive late-dynasty year where Belichick was still clearly ahead of the curve on the tight end Renaissance.

Stephen Gostkowski kicked a go-ahead 43-yard field goal with under four minutes to go that would have sent the Pats to a fourth Super Bowl in six years. But Peyton Manning’s two-minute drill – which included a 32-yard pass to Bryan Fletcher – ended the Pats’ season.

Ironically, the year where Manning finally got past the Patriots was still a pretty darn good year for New England. Richard Seymour was an elite presence on the defensive line, giving the Pats one of the top defenses in the NFL.

There’s an interesting case to be made that the three best Patriots teams of the Brady/Belichick era all missed out on winning the Super Bowl. This 2010 team is one of them.

In 2010, the Pats were near unstoppable in the red zone, scoring more points than any other team in the NFL. The defense was surprisingly average between the 20s but quite good at forcing field goals.

The Patriots’ 14 wins were enough for the No. 1 seed in the AFC playoffs, but Rex Ryan’s Jets had the secret sauce in the playoffs. One of the best Pats teams of the era went out without a single postseason win.

Here we go again – another great Pats team, undone by a familiar foe.

In 2012, Brady was still the quarterback of the No. 1 offense in the league. Stevan Ridley and Wes Welker posted 1,000-yard seasons, and no defense seemed capable of slowing down the Patriots offense.

If anybody stood a chance, it was the Ravens’ elite defense. The Pats had the benefit of homefield advantage, but that seemed to matter very little to Joe Flacco, who put together a month of virtually flawless football. His stat line in this AFC Championship Game: 21-for-36 for 240 yards, three touchdowns, zero interceptions and a106.2 passer rating. Meanwhile, Brady threw two picks to the guys in purple.

Even if Russell Wilson had handed the ball off to Marshawn Lynch, the 2014 Patriots would still rank among the best teams ever assembled in New England.

By now, Brady and Belichick had moved to the quick passing and tight end game that would come to dominate the 2010s NFL. Jonas Gray led the team in rushing with barely 400 yards, and the team still had the No. 4 scoring offense in all of football.

Though not as elite as some of Belichick’s later units, the defense was very good and turned over opposing teams at an incredible clip.

As it turned out, those takeaways proved to be an important component to the team.

Fans can disagree on this, but for me, the 2004 team was where the true Pats dynasty was created.

In 2001, Brady was still young and inexperienced, just trying to learn how to take over and be effective in the wake of Drew Bledsoe. In 2003, the offense was far more average than a 14-win regular season would suggest.

It was 2004 when the Patriots showed us actual greatness. The team ranked in the top 10 in both total offense and total defense, which hadn’t happened in New England since 1985. Brady was competent and confident. Corey Dillon was the workhorse of a very effective ground game. Belichick pulled all the right strings.

This game understandably goes down in history as the 28-3 game. The season was boiled down to a miraculous 25-point comeback and a Super Bowl overtime win. It was a crazy, wild game and a fun outcome for Pats fans.

What gets lost in all the Atlanta choke job jokes is that the Patriots were really good this year. It’s arguably the most balanced team that Belichick ever produced.

Malcolm Butler led an elite defensive backfield that created loads of extra possessions for New England. On offense, the Rob Gronkowski/Julian Edelman dynamic was cooking. LeGarrette Blount had the best season of his career.

This was probably the high-water mark of the Brady/Gronkowski dynastic era. The offense slipped down annually after this, and the Pats would never again win 14 games in the regular season.

Tom Brady-to-Randy Moss was absolutely unstoppable. The defense alone was championship-caliber. They were winning games by an average of 20 points per game.

I really don’t care if this team lost the Super Bowl. The analytics revolution has helped us verify in hindsight what most football fans understood with their eyes in 2007: The 2007 Patriots are among the very greatest NFL teams ever assembled.

I don’t think it’s taking anything away from the folklore of the Giants’ win in ‘07 by emphasizing the greatness of this Patriots team. If anything, it’s additive.