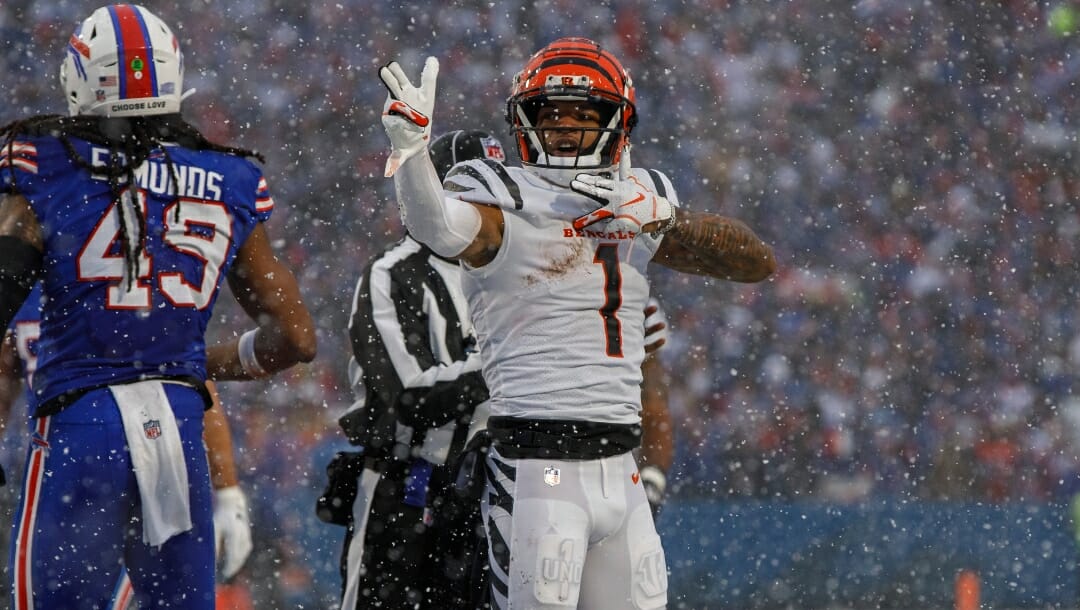 With a couple intriguing NFL matchups set to take place this week, I’ve identified a few favorable football betting player props on the BetMGM Sportsbook that you could consider ahead of the action.

After a 214-yard performance against the Cowboys last week, 49ers quarterback Brock Purdy has been under this total in four of his last seven games. And this could be his toughest test yet.

The Eagles allowed the second-fewest passing yards to quarterbacks and were first in passing defense DVOA in the regular season. I expect Purdy to struggle on the road.

Since returning from injury, Eagles quarterback Jalen Hurts has recorded 47 rushing yards combined in two games. I don’t think he’ll want to run much in this matchup.

The 49ers allowed the fifth-fewest rushing yards to quarterbacks and were second in rushing defense DVOA in the regular season. Hurts may have a solid day throwing the ball, so I don’t think he’ll need to run that often.

Eagles wide receiver DeVonta Smith has been in a good rhythm recently. He’s gone over this total in four of his last five games.

And he might be able to exploit some weaknesses in the 49ers’ secondary. Despite them ranking fifth in passing defense DVOA, they allowed the sixth-most receiving yards to wide receivers in the regular season.

Chiefs quarterback Patrick Mahomes is one of the best players in the NFL right now. However, he’s been under this total in three of his last four games.

The Bengals were 12th in passing defense DVOA during the regular season, but they’ve held five of their last seven opponents to under this total. Considering Mahomes had 223 yards in a three-point game against the Bengals earlier this season, I don’t believe he’ll quite reach 274 in this contest.

Chiefs running back Isiah Pacheco has been over this total nine times in his last 10 contests. That includes a 66-yard performance on 14 carries against the Bengals in the regular season.

Pacheco has had double-digit carries eight times during that 10-game stretch, and the Bengals were only 14th in rushing defense DVOA during the regular season. I think Pacheco will have enough of a workload to go over this number here.

The last time Bengals wide receiver Ja’Marr Chase played the Chiefs, he caught seven passes on eight targets for 97 yards. I don’t think 84 yards will be problematic this time.

Chase has been over this number in two of his last three games. Considering the Chiefs were 20th in passing defense DVOA in the regular season and 11 wideouts went over this total against them this season, Chase is in a good position to thrive in this matchup.

What is an NFL Prop Bet?

NFL prop bets are a unique opportunity to bet on specific areas of a game. You could, for example, bet on the total passing yards for a quarterback or if a team will have more or fewer than a number of rushing yards.

There are dozens of different prop bets – and hundreds of choices and thousands of prop bet parlay combinations – available for each NFL game.

BetMGM has a wide selection of player and game prop bets available for each game. The most popular types of player props include ones like:

The most popular types of game prop bets include ones like:

How To Bet NFL Prop Bets

It’s never been easier to bet on NFL odds at the online sportsbook.

To view available props for each game, visit the NFL betting page and select a game. You can view all available bets or sort by type, e.g., player TDs, player props, or game props.

Once you spot a favorable number or bet that will add more excitement as you watch that game, add it to your bet slip, add a stake, and place your bet.