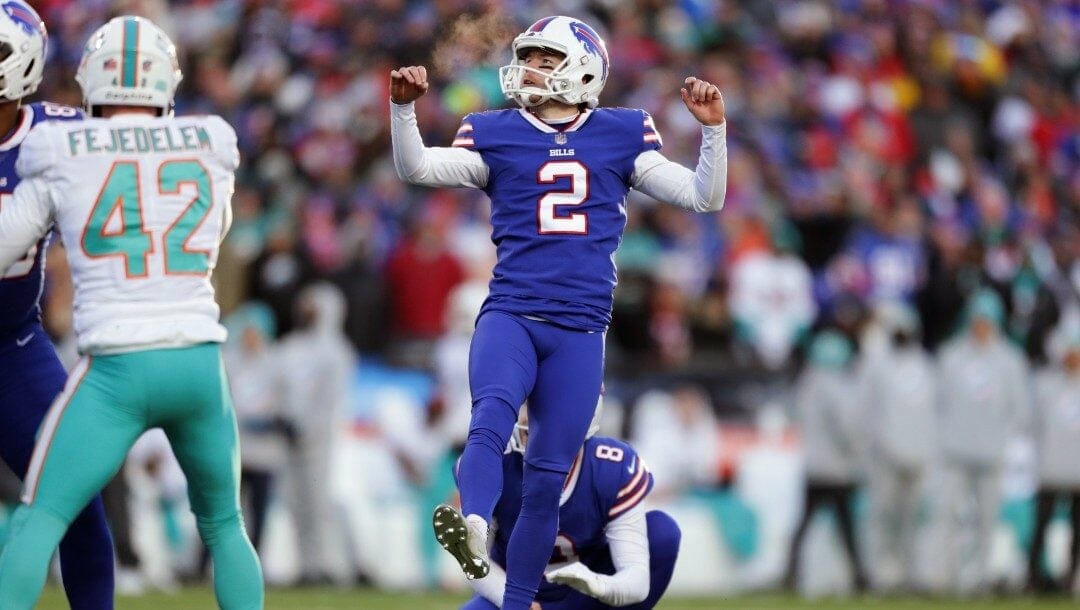 The regular season proved what a difference a reliable kicker could make. In fact, kickers played a major role when it came to cashing or losing bets when it came to NFL betting lines.

Based on skill and upcoming matchups, we re-evaluate the league’s best kickers each week. Here are our updated kicker rankings heading into the playoffs.

Gould gets many scoring opportunities thanks to the 49ers’ dominant offense. Historically, the 17-year veteran has performed well in the playoffs. Remember that clutch game-winner in the NFC divisional round last year? He is a solid option as long as the 49ers are in contention.

In his final appearance of the regular season, Butker nailed his lone field goal attempt and all four extra-point tries. The biggest concern with Butker is his accuracy. However, he gets a lot of opportunities to score points playing behind the Chiefs’ high-powered offense.

McPherson made his lone field goal attempt and went 1-for-2 on extra-point tries in the Bengals’ win over the Ravens. Throughout the season, he has had some ups and downs. But the Bengals are a legitimate Super Bowl contender. They could go deep into the playoffs, meaning McPherson could have his shot a redemption.

As time expired, Patterson’s 36-yard field goal sealed the deal in the Jaguars’ comeback victory over the Chargers. He’s got the skill and momentum it takes to succeed in the playoffs, so he’s a solid option as long as the Jags stay alive.

Elliott will enter the divisional round well-rested and ready to compete. In his last showing, he was named NFC Special Teams Player of the Week after kicking a career-high five field goals in a single game.

The Wild Card round was a nightmare for Maher. He tied the NFL record for most missed extra-points in a single game by halftime and then missed a record fourth in the second half. They weren’t close misses either; he was shanking them into the stands. The only reason Maher isn’t at the bottom of this list is because of the Cowboys’ winning performance.

The 13-year vet made his lone field goal attempt during the Giants’ win over the Vikings. As one of the most accurate kickers in the league, he finished the regular season hitting 90.6% of field goal attempts. He falls to the bottom of this list only because the Giants will face the heavyweight Eagles this weekend, so his scoring opportunities could be limited.