Ranking the Best Cleveland Browns Players of All Time 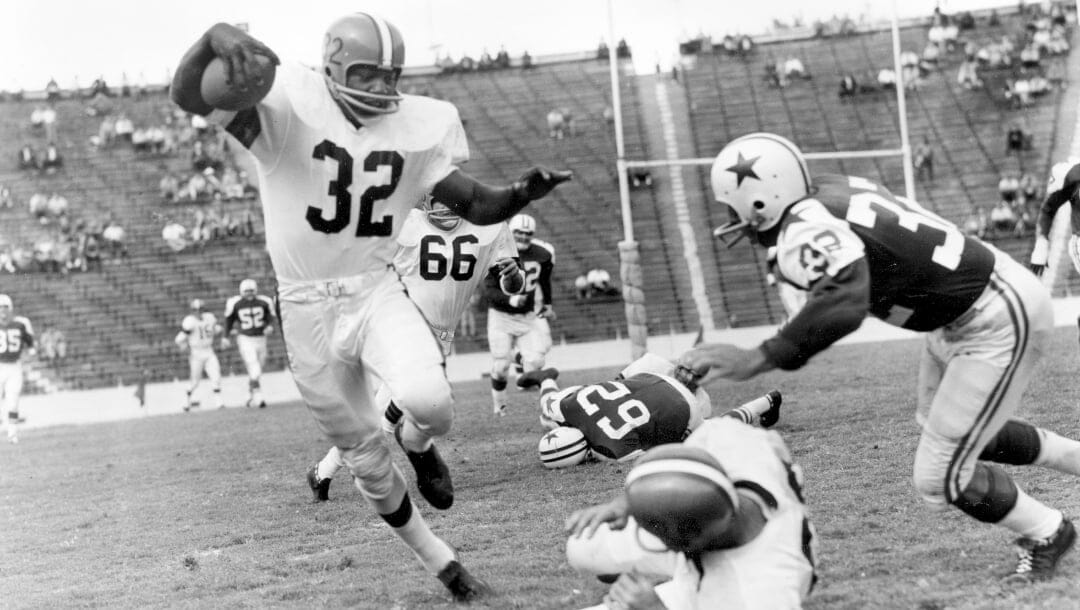 The Cleveland Browns don’t have the greatest history of success. Even this season, the Browns are longshots to win the Super Bowl with NFL odds at +10000 as of Nov. 8.

But the Browns do have plenty of Hall of Famers. The franchise boasts 17 members, which is sixth-most for a team.

Here’s a look at the greatest Browns players of all time.

Ranking the Best Cleveland Browns Players of All Time

Clay Matthews Jr. is the son of and father of NFL players, but he stands out in his own right. The Ring of Honor inductee was a four-time Pro Bowl linebacker who totaled 1,430 tackles, 13 fumble recoveries and 14 interceptions in 16 years with Cleveland.

Frank Gatski is regarded as one of the best centers of his era. The Hall of Fame member was a three-time All-Pro.

Lou Groza holds the Browns franchise record with 1,608 points scored. The Hall of Fame kicker nicknamed “The Toe” was a Pro Bowler on nine occasions and a four-time All-Pro.

Dante “Gluefingers” Lavelli is second all-time for the Browns with 6,488 receiving yards and 62 receiving touchdowns. The Hall of Famer was a three-time Pro Bowler.

Jim Brown isn’t the only great running back Cleveland has ever seen. Leroy Kelly is second in franchise history with 7,274 rushing yards and 74 rushing touchdowns. He was a three-time All-Pro and six-time Pro Bowler on his way to the Hall of Fame.

Joe Thomas is by far the most recent member of this list to play in the league, and he’ll likely be in the Hall of Fame. He made the Pro Bowl in the first 10 of his 11 seasons in the league and garnered six All-Pro nods.

Paul Warfield is only sixth on Cleveland’s all-time receiving list with 5,210 yards, but he’s remembered as an all-time great for the franchise. During his career, the Hall of Famer was an eight-time Pro Bowl and two-time All-Pro pick.

Otto Graham is considered by many as the Browns’ best quarterback of all time. The Hall of Famer, seven-time All-Pro and five-time Pro Bowler is first in franchise history in touchdown passes (174) and second in passing yards (23,584).

As a tight end, Ozzie Newsome is first in Browns history with 7,980 receiving yards and 662 catches — 276 more receptions than anyone else. He earned three Pro Bowl and one All-Pro honors en route to the Hall of Fame.

This selection was pretty easy, as Jim Brown is not only one of the best players in franchise history, but he’s also considered one of the greatest to ever play the game of football.

He holds Cleveland’s records for career rushing yards (12,312) and rushing touchdowns (106). The three-time MVP made the Pro Bowl every season of his nine-year career and was an All-Pro on eight occasions on the way to a well-deserved place in the Hall of Fame.

At the best online sportsbook, you can view updated odds for the Cleveland Browns and other NFL teams.

From NFL futures and live sports betting to weekly NFL betting lines and prop bets, BetMGM is your ticket for Browns’ betting this year.