Seven Horse Racing Superstitions From Across the Globe 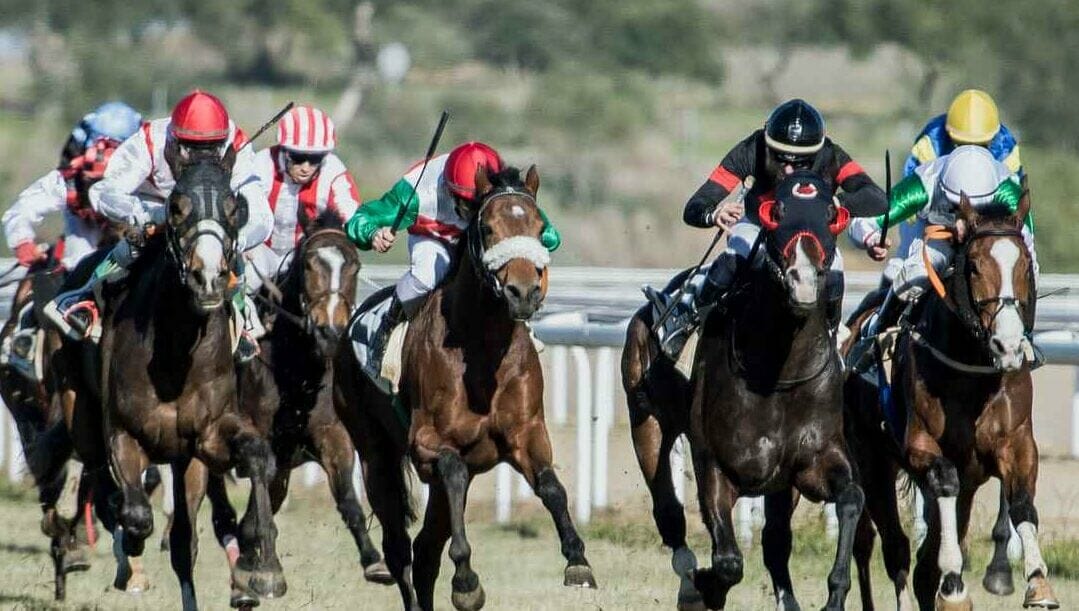 Superstition, superstition. It’s a widely spread condition. People like to believe it’s possible to make things go their way by influencing some or other unseen forces to bring them good luck. So they’ll put a horseshoe up in their room or wear a special “lucky” cap when they’re sports betting.

It turns out that the horse racing community has some really specific superstitions. We’re pretty sure they won’t make any difference to your casino horse racing or NYRA bets, but they’re interesting to know. Read on for seven bizarre horse racing superstitions from around the world.

The color white can be both lucky and unlucky, depending on which horse racing superstition you subscribe to. Old-school racetrack hands often say that racehorses with just one white foot are born to make horse racing news. But horses with “socks” (four white feet) are supposedly unlucky. There’s even a saying that goes: “Four white feet and a white nose – knock him in the head and feed him to the crows.”

That’s just plain gruesome, and it’s completely irrational, too. Case in point: all-white-footed California Chrome, winner of 11 graded-stakes events from 2013 to 2016, including the 2014 Kentucky Derby and Preakness Stakes (two-thirds of the Triple Crown that year,) as well as the 2016 Dubai World Cup. California Chrome is clearly a US horse racing champion, despite being born with white socks. 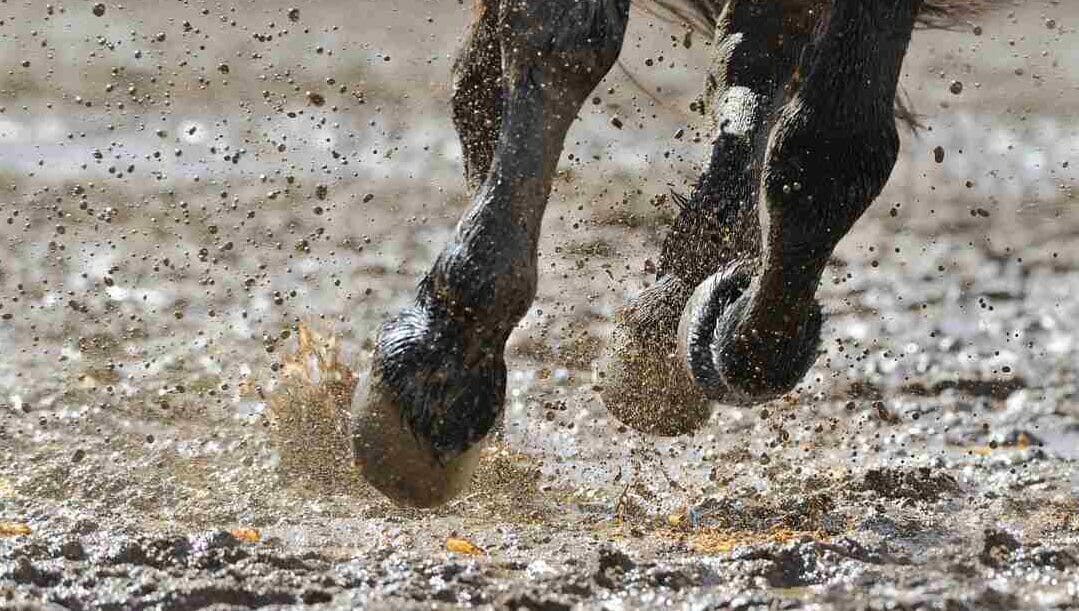 “Bet gray on a rainy day.” This saying stems from the belief that gray horses are natural “mudders” (horses that “take to the slop,”) and perform better than the rest of the field in wet conditions.

But why would natural gray coloration enable a horse to run better when it’s raining? It isn’t clear. Some will refer to the case of Lady’s Secret as evidence. She’s the gray filly that made horse racing news by defeating America’s best males in multiple graded stakes back in 1986. And at that year’s Whitney Handicap, Lady’s Secret appeared to prove the “bet gray” superstition true. The rain poured down at Saratoga and turned the racetrack to mud, but Lady’s Secret powered through to an easy win.

Did her gray coat give her a natural advantage? Or was it maybe that her sire was US horse racing legend Secretariat?

3. Peanuts near the barn

It seems that many people who spend time at the racetrack take good care to avoid peanuts and peanut shells. They’re considered an omen of bad luck at all times.

One explanation for this belief is that if you shell peanuts and drop the shells on the floor, a horse could step on a peanut shell, which could work its way into the horse’s body. This would bring about infection.

Some bettors take this belief very seriously. They won’t bet if they see shucked peanut shells scattered around their favorite horse’s stall.

Whatever you think about this belief, it’s a bad idea to take peanuts to the racetrack. You might offend someone.

But you always can do your NYRA betting online at home and eat as many peanuts as you want.

Many punters and equestrians will tell you that the only good time to wear green is on St Patrick’s Day. That’s because it makes you invisible to leprechauns, so you don’t get pinched. Green is an unlucky color for bettors at any other time. Many will not bet on a horse if the jockey’s wearing green, or if the horse is wearing a green saddlecloth.

People also avoid wearing green clothing to the track on race days, because it’s likely to upset other people. It’s probably best to not dress in green, even if you don’t agree with this tradition. Of course, you can bet on casino horse racing at home and wear as much green clothing as you please.

5. Place your bets the ‘right way’ 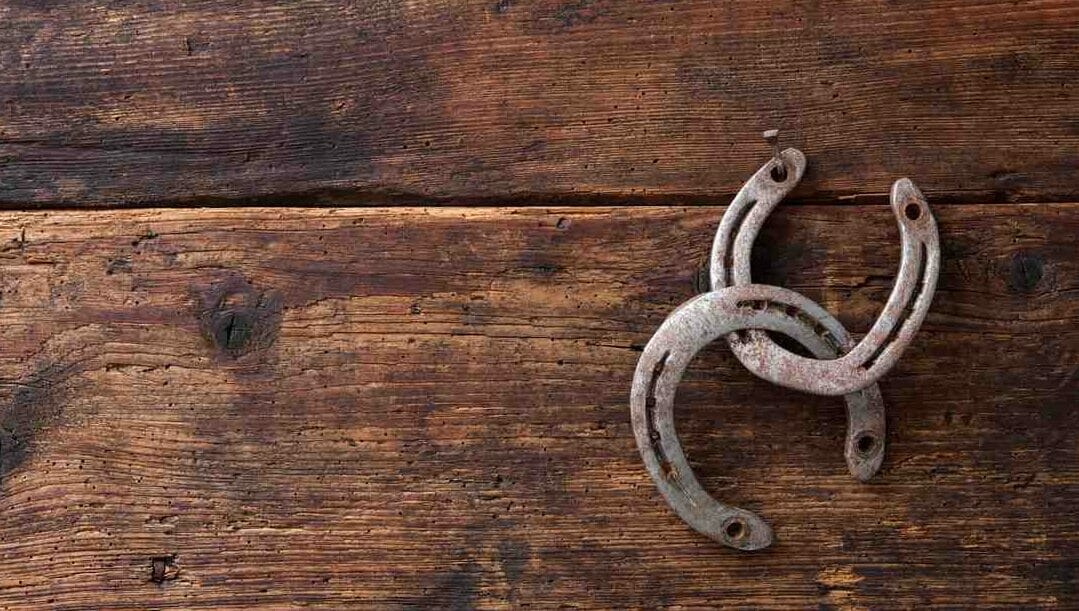 A lot of track superstitions center on how to bet on horse racing without attracting bad luck. Many bettors say that you should never allow anyone else to buy your race forms for you. Another belief is to put your ticket in between your own cash (that way it attracts more money). However, elsewhere the opposite belief also exists: Putting your betting tickets in your wallet is bad luck!

More superstitious advice is to use the same clerk or betting machine all through the day. And if you do win something, they say you shouldn’t cash in your winnings until the day ends. That doesn’t apply to casino horse racing, of course – winnings are paid out instantly!

Another superstition related to money is that it’s bad luck to take a $50 bill from a teller at the racetrack. Various explanations for this belief exist. They’re probably all urban legends, but they’re interesting nonetheless.

One theory is that when mobster Bugsy Siegel was killed, the only cash he had in his pocket was $50 bills. Another version is that the Mob would bury their victims with a $50 bill in their jacket pocket. Another theory is that “Wild” Bill Hickok only had fifties on him when he played the “dead man’s hand” and got shot in a Deadwood saloon in 1876.

The good thing about online horse racing is that everything’s digital, so no dollar bills are involved.

7. Don’t start from the wrong gate 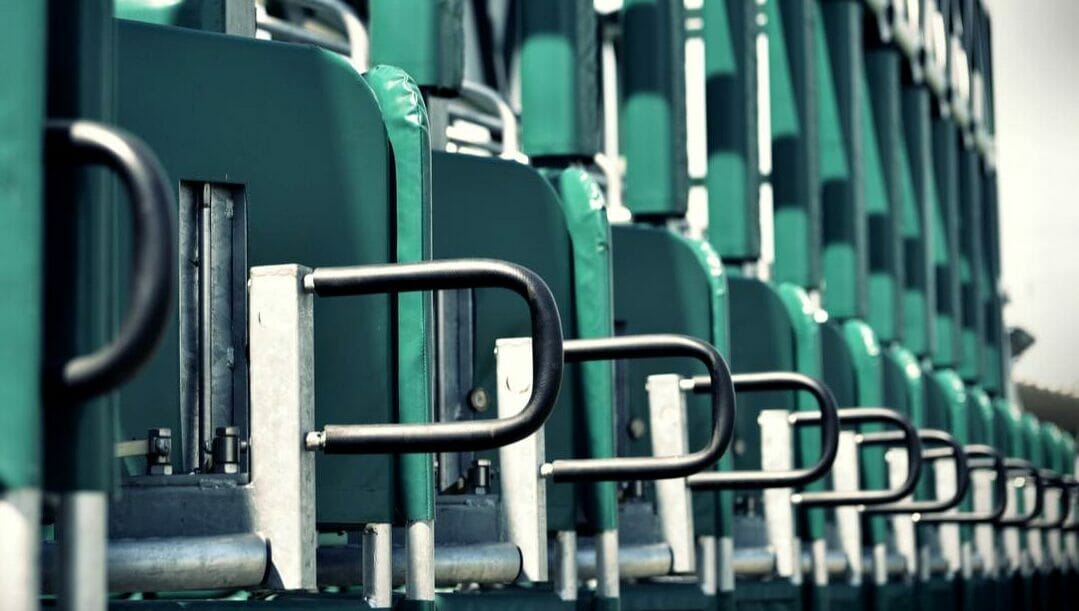 Churchill Downs Racetrack has combined two starting gates for the Kentucky Derby since 1930. This allows 20 horses to run the race. It’s a widespread superstition among jockeys and trainers that their randomly drawn post position determines their fate. Post one, for instance, hasn’t produced a Derby winner since Ferdinand in 1986. The last champion to start at post 14 was Carry Back in 1961, while gate 17 has never produced a winner. Make of that what you will.

The same superstition occurs at Australia’s Melbourne Cup, where gate 18 hasn’t produced a single winner since starting gates were introduced in 1924. There have been 96 Melbourne Cups since then, and with only 24 barriers, this goes against the law of averages.

One gate number that bettors at both races seem to favor is five. Eight Melbourne Cup winners have started from position five, while 10 horses have gone on from post five to win the Run for the Roses.

The Melbourne Cup and the Kentucky Derby both have virtual sports versions online, so you work out your own position theories any time.

Stay ahead of the race at BetMGM

If you’re looking for some hoodoo to increase your winning mojo, you won’t find it here at BetMGM. What you will find, though, is the best NYRA betting online or offline. Our sportsbook has betting markets for an A-Z of sports, with a broad range of pre-event and live in-game odds. For extra variety, we’ve also got entertainment betting and virtual sports, including online horse racing. Sign up to explore.