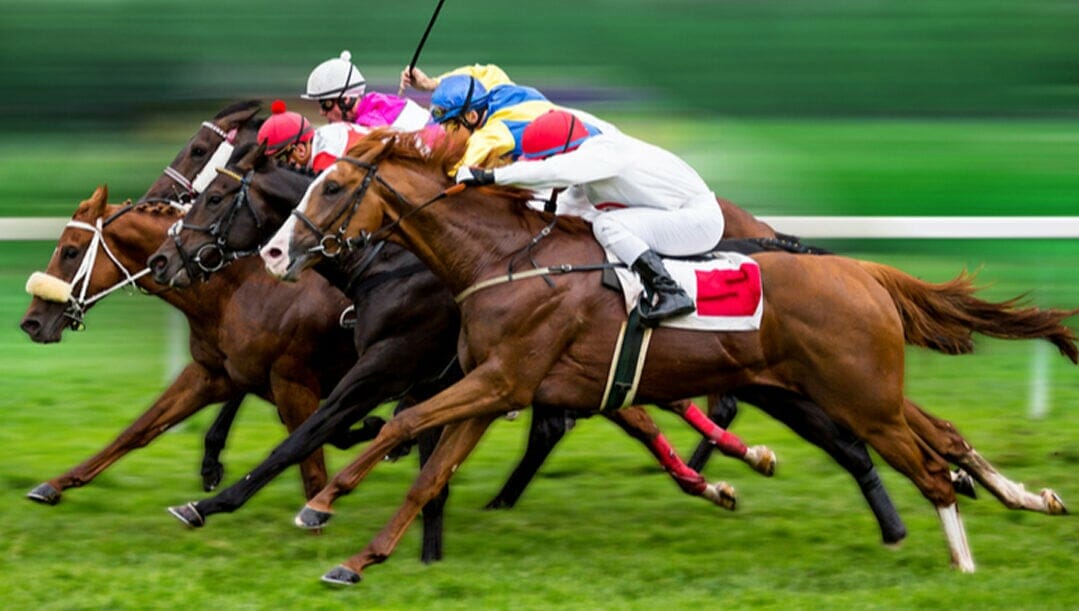 The history of horse racing is filled with great anecdotes. Many are about record times and epic wins in horse racing tournaments. These are the kinds of stories that sports betting fans like to consume because it helps inform their NYRA bets. Others stand out for different reasons. These are the tales that are funny enough to remember or too strange to forget. Read on for some of the most amusing and strange horse racing stories from around the world. 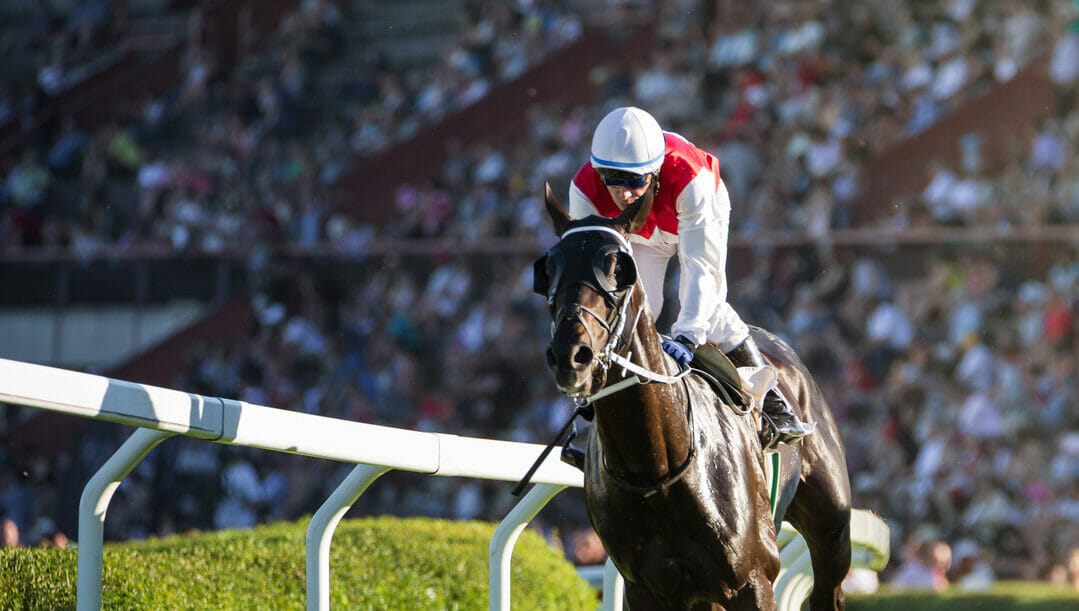 A bizarre – and funny – case of mistaken identity occurred at Moonee Valley racecourse in Melbourne, Australia in 1996.

The Gunnison was the favorite to win the Suni-Sandwich Handicap, but he was scratched from the post 30 minutes before the start because his markings and brands didn’t match his racing papers.

It was his first event since he’d injured his leg in a race in 1994 and was sent back to his owner Des Pope’s property to recover. He was six years old at the time.

Also, there was six-year-old gelding Rubilad, who was recovering from a similar leg injury. The two horses looked very similar and Pope mistook them for each other. After a few months, he decided that the horse he thought was The Gunnison had recovered enough to try to race again. So Rubilad was sent into training.

Pope decided it was time for Rubilad to retire, and he gave him to his niece to ride. But in reality he gave her The Gunnison. So the horse that was scratched in Moonee Valley was actually Rubilad!

Pope called his niece to find out what could have happened. She said the horse he gave her was difficult to ride, so she’d given him to a mountain rider named Terry Horan. And he was at Moonee Valley for the amateur 3AW Mountain Rider’s Cup!

Pope and his team went to see the race and watched as Horan’s mount “Charles” took the lead, only to fade and finish second last. A check of the horse’s brands revealed that “Charles” was really The Gunnison, and “The Gunnison” was really Rubilad.

The odds of this coincidence happening were a million to one.

The horse that opted out of US horse racing

Horse racing tournaments can be unpredictable. Don’t count your cash before the race is over, as the saying goes. Even if your favorite’s in the lead, you can’t be sure the horse won’t run away!

That’s exactly what happened at West Virginia’s Charles Town Races in July last year. Three-year-old River Crossroad RVF was leading the Hollywood Casino horse racing event by seven lengths in his second race ever. He had 9-5 odds and was second favorite to win. Then without warning, he bolted off the track through a cutout where horses usually exit after morning races.

Spectators thought they were seeing things, but truth is stranger than fiction, which is why you’re unlikely to see weird, real-life events like this in virtual sports. The general consensus was that the horse just thought he was going back to his barn.

River Crossroad RVF won his next race, but then he returned to Charles Town in August for his fourth career start and made the exact same mistake all over again. His rate of running away was now higher than his win percentage. US horse racing bettors didn’t have to worry about that for long, though: His shenanigans earned him a permanent ban from Charles Town Races for good.

The story of Ruffian is a real tear-jerker. The mare was a legend in US horse racing, winning 10 consecutive races from 1974 to 1975. She won the Acorn and Mother Goose Stakes and the Coaching Club American Oaks (then collectively known as the American Triple Tiara.) In each of the eight stakes races that Ruffian won, she set new stakes records. Then her career was cut short.

Ruffian’s 11th and final race was a match race at Belmont Park on July 6, 1975. She was up against Foolish Pleasure, that year’s Kentucky Derby champion. She hit her shoulder coming out of the gate, but she ran and took the lead. Then a furlong into the running, she broke the sesamoid bones in her right foreleg.

An injury like that would stop almost any horse in its tracks, but Ruffian kept running. Her jockey couldn’t stop her, though he tried. Her leg splintered as she ran, still in the lead. The New York Times reported that her jockey, Jacinto Vasquez, took “more than an eighth of a mile to get her head up and stop her running on a bloody stump.”

Ruffian’s leg was in shreds when she broke down at last. Vets gave her anesthetic and operated on her. When she regained consciousness, she thrashed around, broke the cast, and shredded her leg again. As strange as it may seem, she was trying to finish the race.

Tragically, Ruffian had to be put down to end her suffering. She was buried at Belmont Park, with her nose toward the finish line.

Horse racing has always been a popular sport in Ghana, Africa. Festive occasions often featured a commemorative racing event. Then competitive horse racing tournaments were introduced by British colonial officials. Soon the sport became very popular, as the elite as well as the ordinary people of Ghana began to learn how to bet on horse racing.

As the prestige of the sport grew, jockeys became famous and important, so naturally they flexed their muscles when issues that concerned them came up. A famous incident of this kind occurred at the Accra Turf Club in 1966. The racecourse had an especially dangerous bend – in fact, 11 jockeys had already had fatal accidents trying to navigate it. So the jockeys demanded that the racing authorities perform a cleansing ritual at the bend to ward off future deaths.

This involved sacrificing a cow, and the authorities refused to do it. As a result, the jockeys went on strike… until their demands were eventually met.

Frank Hayes holds a unique place in the history of the sport. It’s just a pity that he never got to hear about it. That’s because he only won a single race in his career, and he was dead when he won it.

Hayes was a 22-year-old stable hand from Brooklyn who turned stand-in jockey. On June 4, 1923, he rode 20-1 longshot Sweet Kiss at Belmont Park, and caused an upset by defeating Gimme, the favorite.

The crowd watched in shock as Sweet Kiss crossed the finish line ahead of the horse they’d expected to win. Then Hayes tumbled from the saddle.

Track doctor John A Voorhees rushed over to examine him and pronounced him dead on the spot. He said Hayes had suffered a heart attack.

Some speculated that the heart attack was brought on by Hayes’ excitement at the prospect – and then reality – of winning. Others said it was because he’d had to reduce his weight to 130lbs.

The Buffalo Morning Herald wrote, “He was confronted with the task of taking off nearly 10lbs in 24 hours. This morning he spent several hours on the road, jogging off surplus weight. He strove and sweated and denied himself water, and when he climbed into the saddle at post time he was weak and tired.”

Hayes was buried a week later in the same silks he’d worn during his first and final win.

Let the stories continue at BetMGM

As you’ve seen from this collection of stories one simply couldn’t make up, the history of sports is a never-ending tale of courage, passion, honor and incredible skill. To be part of the next chapter, sign up with us here at BetMGM to access betting markets in an A-Z of sports. We can’t say whether your favorite player or team will lose or win, but we can offer you the chance to follow them closely with live NYRA betting online. We also have an exciting range of virtual sports including online horse racing. It’s a great way to learn how to bet on horse racing, so it’s worth checking out.