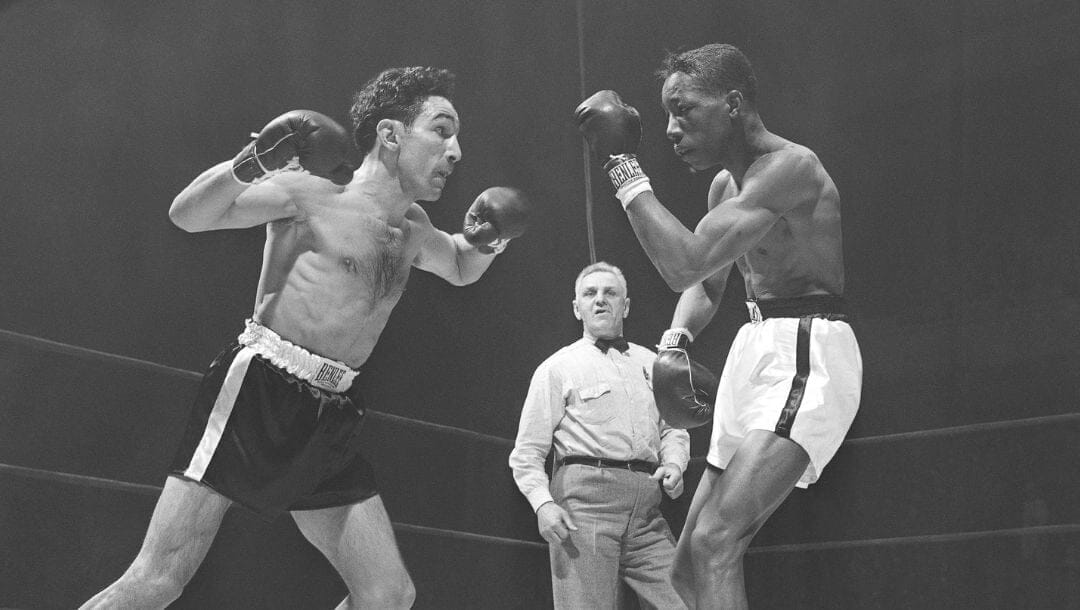 Before the likes of Emmanuel Navarrete, Mark Magsayo, Josh Warrington and Rey Vargas, the current in-house names in online boxing betting, the featherweight division  witnessed several other champions in its history. The 126-pound weight class graced a handful of legendary fighters in the past, which present-day contenders want to emulate.

These featherweight icons not only fought their opposition inside the ring but also squared up against boxing odds to cement their respective place at the top of the division. I present to you the top five featherweight champions in boxing history.

Willie Pep is considered the greatest featherweight boxer in history as he ran through the division. He won the title in 1942 over Chalky Wright with a masterful unanimous decision victory. The Connecticut native had a 26-year-long, illustrious boxing career which began in 1940 and ended in 1966.

Although he jumped up and down in weight to fight during his title reign, he could still defend the title six times for six years. Pep also sustained an injury courtesy of a plane crash, but he recovered and competed again.

Despite the crash in January 1947, he returned to action in June of the same year where ”Will o’ the Wisp” was undefeated in all of his fights, including a title defense. After a dominant run, he met his eventual tormentor, Sandy Saddler, in October 1948 and lost a fourth-round knockout to him.

Four months later, he regained it with a unanimous decision win and defended it twice before losing it again to Saddler in the eight-round of the trilogy fight. After losing the title to Saddler, Pep continued to compete and ended his career with 229 wins (65 TKO/KOs), 11 losses and one draw.

A rough start to his boxing career didn’t hinder Henry Armstrong from striving for greatness as he became a three-division world champion. Armstrong began his journey to three world titles in the featherweight division by becoming the Western Featherweight Champion and California-Mexico World Featherweight titlist. This feat earned him a shot at the title in 1937.

In the title match, Armstrong put up an astounding sixth-round knockout triumph over Petey Sarron to become the undisputed 126-pound champion. He is the only one who defeated Sarron via knockout in his 15-year professional run, as Sarron’s losses came by decision or disqualification.

Although he couldn’t defend the featherweight crown as he set his sight to more titles in the higher divisions, the legend of ”Homicide Hank” began during his stint in the weight class. He also holds a win from prominent fighters like Chalky Wright, Baby Arizmendi and Benny Bass.

George Dixon was not only an all-time bantamweight champion, but he also earned his place in the all-time featherweight champion list by dominating the division during his fighting career. Because of how he ruled the division during his career, he was inducted in the Ring Boxing Hall of Fame in 1956 and the International Boxing Hall of Game in 1990.

Dixon was fresh off his bantamweight title victory over Abe Willis in July 1891 when he won another title in the featherweight division at the expense of Jack Skelly in September 1892. Dixon defended the featherweight title four times before losing it to Frank Erne via points in November 1896.

He got one back against Erne in their March 1897 rematch, only to lose it again in October 1897 to Solly Smith Jr.

Dixon regained his status as the division’s champion in November 1898 with a disqualification win over Dave Sullivan, then went on to defend it for seven more times before Terry McGovern halted his reign permanently in January 1900. Dixon finished his career with 66 wins (36 TKO/KOs), 30 losses and 57 draws.

Known for his hard-hitting blows that could put anyone to sleep, Sandy Saddler lands a spot in the all-time featherweight champions because of his impressive resume. He was also famous as the man who bested the great Willie Pep in three of their four meetings. The fighter from Boston, Massachusetts needed 31 bouts (27 wins, two losses and one draw) to earn his first title shot in 1948.

Saddler first struck gold in October 1948 when he stopped Pep in the fourth round of their championship encounter but lost in their rematch four months later in February 1949.

In the third match with Pep in September 1950, the orthrodox fighter made sure to finish his rival to reclaim the featherweight crown and close that chapter in his career. Sadller then fought from various weight classes but remained active in defending his featherweight crown.

He defended it twice (with wins over Teddy Davis and Flash Elorde) during his reign while simultaneously fighting in the junior lightweight and lightweight divisions. Unfortunately, his boxing career was forced to an early end in 1956 due to an eye injury sustained in a car accident.

The great Mexican Salvador Sanchez may only have had seven years in his professional career before a devastating car accident took away his life in August 1982. Still, his glorious reign in the featherweight division has put him on this list of the greatest 126-pounders in history. The Tianguistenco, Mexico native accomplished these magnificent feats at just 24 years of age.

It is almost unbelievable to know that Chava never lost in the featherweight division ever since he moved up after losing a close bantamweight title fight in April 1978 to Antonio Becerra, his lone loss in his career. Because of this short but incredible run in the bantamweight division, he was inducted into the Boxing Hall of Fame in 1991.

Sanchez became undefeated after 14 straight bouts to earn his title shot against Danny Lopez in February 1980, which he won via a 13th-round TKO finish. From there, he was able to defend the title nine successive times over the likes of Ruben Castillo, Pat Ford, Juan LaPorte, Roberto Castanon, Wilfredo Gomez and Azumah Nelson. Before his tragic and untimely death, Sanchez has recorded 44 wins (32 TKO/KOs), one loss and one draw.