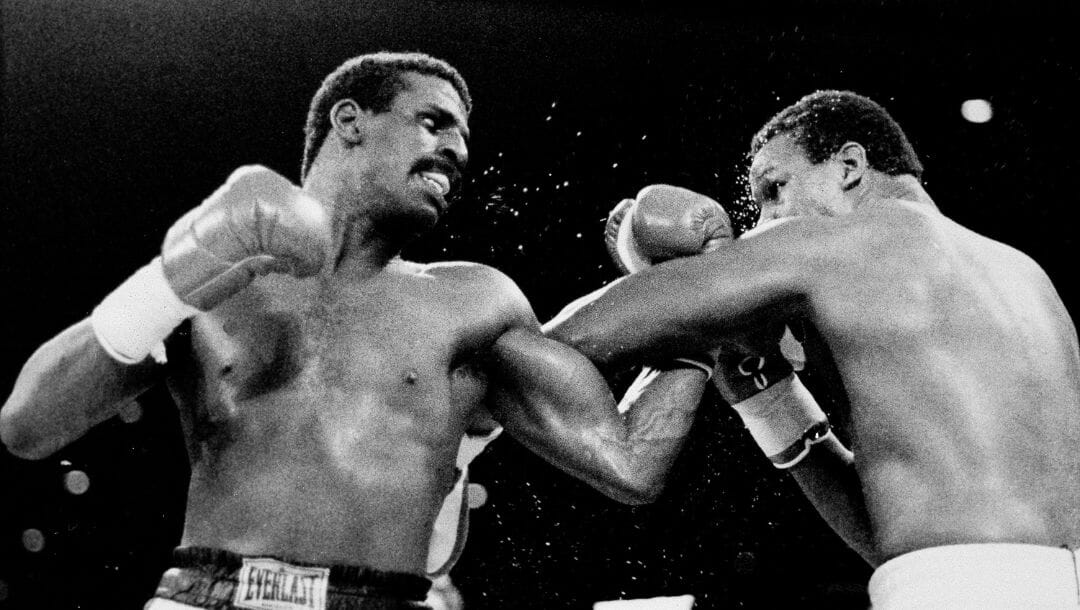 The recent light heavyweight victory of Dmitry Bivol over the more favored Canelo Alvarez has not only blown up the boxing betting odds but also proved that the division is full of formidable champions who are not pushovers despite the lack of spotlight and publicity. Currently, at least four undefeated fighters are contending to be the undisputed king of the 175-pound division, which is another evidence of how stacked the weight class is.

But before the likes of Dmitry Bivol, Artur Beterbiev, Joshua Buatsi and Gilberto Ramirez, the division has seen more accomplished champions in the past, and we have listed them here.

Despite his infamous knockout loss to Mike Tyson during his last career professional fight in the heavyweight division, Michael Spinks is still regarded as one of the light heavyweight greats in history. Even before fighting in the professional ranks, Spinks had already established himself in the amateur setting by winning the National Golden Gloves Light Heavyweight Title in 1974, National Golden Gloves Light Heavyweight Title in 1976 and an Olympic Gold Medal in 1976.

Spinks was known for his power which allowed him to go on a 16-fight win streak and secure his title shot against Eddie Mustafa Muhammad in 1981. He eventually became the WBA Light Heavyweight Champion via unanimous decision victory over Muhammad. The ‘’Jinx’’ has defended his WBA title five times before capturing the WBO belt over Dwight Muhammad Qawi and the IBF crown against Eddie Davis to seal his place in the all-time greats.

The modern-day boxing record-holder for most knockouts in the sport’s history is Archie Moore, with 132 stoppages in his 28 years of fighting career. Known as the ‘’Old Mongoose’’, Moore has fought in various divisions before finally finding success in the light heavyweight division. He defeated Joey Maxim via unanimous decision to start his reign in the 175-pound weight class.

Since that career-defining win over Maxim, Moore could hold on to that belt for a decade while simultaneously competing in the heavyweight division. During his time as the title-holder of the light heavyweight division, he defeated the likes of Harold Johnson, Yolande Pompey, Tony Anthony and Yvon Durelle.

Sam Langford is one of the two fighters on this list, never to win a world title mainly because he fought and lived in an era where men of color were denied any championship glory. But barring the barrier, he could have won the title easily, with 126 out of his 178 career wins in the form of knockouts, which is evidence of his power inside the ring.

The ‘’Boston Bonecrusher’’ literally lived up to his moniker by piling up victories in different divisions he competed in. But his most impressive wins came from the 175-pound weight class as his victim list includes Harry Wills, Jim Flynn, Dixie Kid, Jack O’Brien and Kid Norfolk.

Roy Jones Jr. had a wealth of experience on his resume before becoming a world champion. He was an accomplished amateur fighter who collected several national titles and an Olympic Silver Medal during the 1988 Olympics. Jones Jr. has jumped to the paid setting and displayed his incredible power to obtain the titles in the middleweight and super middleweight divisions before moving up to the light heavyweight division.

Ezzard Charles joins Sam Langford on this list of light heavyweight greats who never won a title in this division. Still, his three victories over fellow Archie Moore are more than enough to put him in the top echelon of athletes in the 175-pound division. Like the other boxers, Charles has fought in various divisions.

Aside from his three wins over Moore, the ‘’Cincinnati Cobra’’ also has an outstanding list of casualties in the form of Lloyd Marshall, Joey Maxim, Jimmy Bivins, Gus Lesnevich and Charles Burley during his six-year tenure in the light heavyweight division. Charles finished his career with 95 wins (52 KO/TKOs), 25 losses and one draw.

Boxing Odds at the Online Sportsbook

BetMGM is the premier online sportsbook for boxing odds.

Whether you’re a first-time bettor building a parlay, a casual boxing fan checking out heavyweight odds, or a seasoned pro breaking down historical trends, there are online sports betting opportunities for everyone.