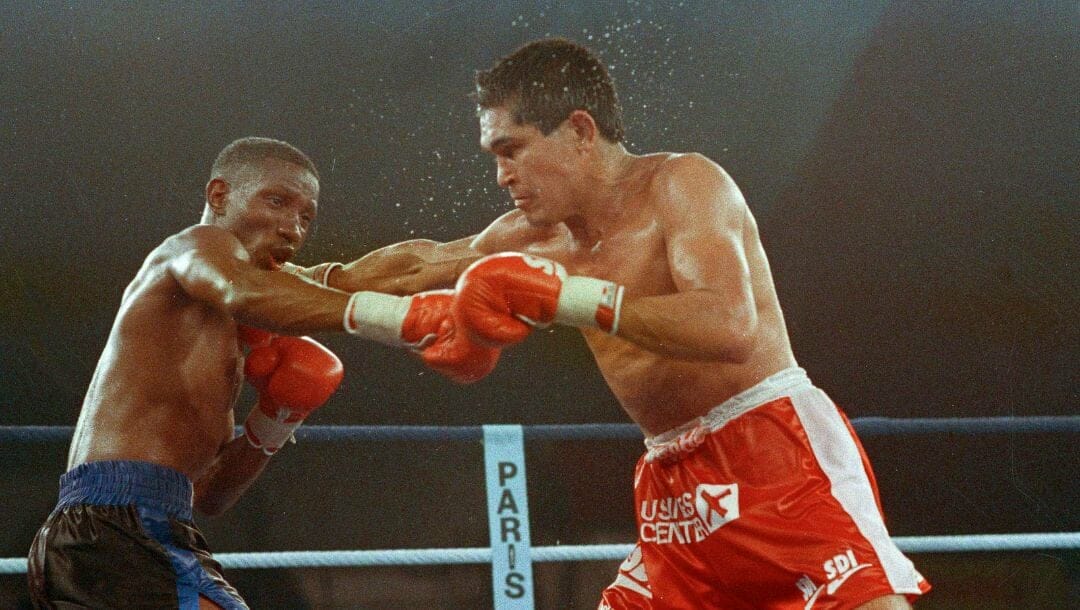 Multiple lightweight title holder Devin Haney may be the reigning king of the boxing betting odds when he steps inside the ring, as he currently holds the WBA and IBF titles. But there is certainty in the boxing odds that he is not yet part of the elite group of his predecessors that have previously ruled the division.

These 135-pound legends have gained their status on the all-time list by dominating the competition, winning the championship, and defending it on several occasions. Here’s a list of the top five lightweight champions to grace the division.

Pernell Whitaker ran through the competition during the height of his powers in the 1990s with his defensive prowess, making his opponents look like amateurs. Before fighting as a professional, the Virginia native collected a few amateur achievements, including the U.S. National Title, world championship medals and even an Olympic medal in the 1984 Olympics. He ended his amateur career with 201 wins and 14 losses.

Whitaker’s success translated to the professional ranks by winning the NABF lightweight title in his 12th bout over Roger Mayweather. Although he lost his initial try to capture the WBC title against Jose Luis Ramirez in a controversial split decision loss, ‘’Sweet Pea’’ was able to unify the lightweight titles in August 1990 and had three successful defenses before eventually relinquishing the throne to move up in weight.

Before becoming one of boxing’s premier pound-for-pound champions, Panama’s boxing pride, Roberto Duran, found his initial championship success in the lightweight division by winning the WBA title in June 1972 and the WBC belt in January 1978. Thanks to Duran’s power, he was also responsible for 12 successful title defenses during his reign in the 135-pound division.

‘’El Cholo’’ also has a spectular list of victims in the form of Ken Buchanan, Vinny Pazienza, Esteban De Jesus and Hector Camacho. Duran was known for his power, making him a vicious finisher with a 58% stoppage rate career. After destroying the competition in the 135-pound division, the Panamanian great hopped into the welterweight, super welterweight and middleweight divisions and found similar success in becoming one of the sport’s pound-for-pound icons.

It took some time for Freddie Welsh to become the world’s lightweight champion, mainly because he faced tougher competition in doing so. Before winning the world title, he captured the English Lightweight title, EBU European Lightweight title and National Sporting Club British Lightweight title. The ‘’Welsh Wizard’’ holds a victory over the likes of Willie Ritchie, Benny Leonard and Ad Wolgast.

Welsh accumulated 74 wins (34 KO/TKOs), five losses and seven draws in 21 years of professional fighting. He suffered an untimely death in 1927 due to a heart attack. Years after his passing, Welsh was inducted to the Ring Boxing Hall of Fame in 1960, followed by his inclusion in the 1994 Welsh Sports Hall of Fame and finally an inclusion in the International Boxing Hall of fame in 1997.

Turning professional as a 15-year-old, Benny Leonard became one of the best lightweight champions in the history of boxing. He had a relatively long career of over two decades, from 1911 to 1932. Leonard, also known as the ‘’Ghetto Wizard’’ was famous for having a different level of fight intelligence which obtained him the golden strap in 1916 over Freddie Welsh.

Leonard then wandered through the higher weight class and also found success in that quest. Since winning the title, he retained it six times against Freddie Welsh (in a rematch), Leo Johnson, Ted Kid Lewis (draw), Jimmy Duffy, Joe Welling, Richie Mitchell and Rocky Kansas. He ended his boxing career with an outstanding record of 89 wins (70 KO/TKOs), six losses and one draw.

The fighting pride of Mexico is a three-division world champion and one of the weight classes he dominated was the 135-pound division. Another pound-for-pound great has made the list of the best lightweight champions in the form of Julio Cesar Chavez. Chavez claimed the super featherweight title and defended it nine times before taking his talent to the higher weight class and challenging the then WBA titlist, Edwin Rosario.

Chavez triumphantly dethroned the champion to become a two-weight class champion. Then, he defended it over Rodolfo Aguilar before obliterating Jose Luis Ramirez to capture the WBC belt. Although his stint in the lightweight division was just under two years, there is no denying that the Mexican icon was still one of the best lightweight champions of all time.