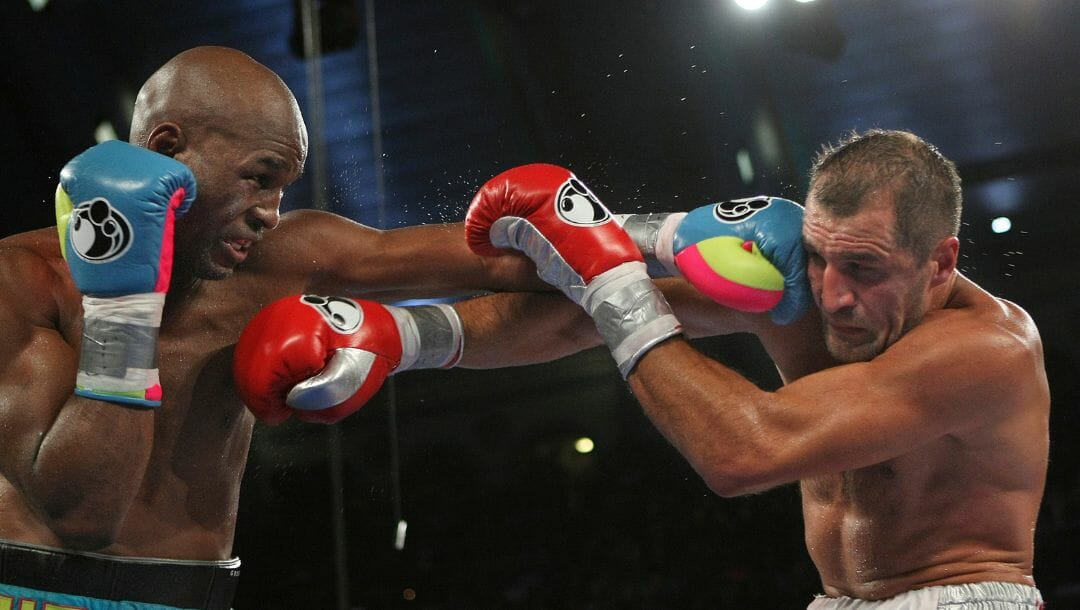 Canelo Alvarez and Gennadiy Golovkin may be two of the biggest draws in today’s middleweight bouts as they rule online boxing betting whenever they step inside the ring. The pair is also set to face each other in a trilogy this September. Despite the success that they are enjoying right now, we have seen other legendary middleweights in history.

Predicting the boxing odds, Alvarez and Golovkin can be part of the elite group in the 160-pound division at the end of their respective careers, but for now, we will be looking back at the legendary run of the middleweights which paved the way for them. Here’s a list of the top five middleweight champions in boxing history.

The record holder for most title defenses in boxing’s middleweight division belongs to Bernard Hopkins with 20. He was also the first fighter in the 160-pound weight class to unify all four middleweight belts (IBF, WBC, WBA and WBO). His reign in the weight class has spanned almost a decade. Hopkins got the IBF title from Segundo Mercado in 1995, WBC and WBA title from Keith Holmes in 2001 and the WBO title from Robert Allen in 2004.

He solidified his resume by scoring a massive win over Oscar De La Hoya in September 2004 with a ninth-round TKO stoppage. The man who halted his dominance was Jermain Taylor, who outboxed him in two fights with split and unanimous decision victories. The two defeats from Taylor have prompted the ‘’Executioner’’ to move up in weight. In 2016, Hopkins finally hung up the gloves and finished his career with 55 wins (32 KO/TKOs), eight losses and two draws.

The man known to fight with only one good eye throughout his career, Harry Greb was a notorious ‘dirty’ boxer in the 1920s. He only held the middleweight title for almost three years, but he was very active in competing as he fought nearly every week and juggled up and down the scales for different weight classes.

New Jersey’s Marvin Hagler is the only champion on this list who never moved up in weight during his professional career and instead stayed in the middleweight division to reign terror on other contenders. Hagler needed 46 wins in his career before finally getting a crack at the title in 1980 against Vito Antuofermo, but it ended in a split draw decision that foiled his championship aspirations.

A year later, Hagler finally won the title against Alan Minter via a third-round TKO to secure the WBC and WBA titles, which he also defended six consecutive times. Then, in 1983, he TKO’ed Wilford Scypion to become the inaugural IBF titlist and hold the three major belts at once. The ‘’Marvelous Marvin’’ retired in 1987 after a super controversial split decision loss to Sugar Ray Leonard and ended his career with 62 wins (52 KO/TKOs), three defeats and two draws.

Argentinian great Carlos Monzon appeared in 100 fights throughout his 14-year boxing career and only suffered three losses, most of which were sustained in the early stage of his career. After dominating the local boxing circuit of Argentina, he was finally pitted against Nino Benvenuti in 1970, where he claimed the WBC and WBA Middleweight World Championships via 12th-round TKO.

‘’Escopeta’’ made a total of 14 successful defenses over tough contenders, which consisted of Emile Griffith, Denny Moyer, Jean Claude Bouttier, Jose Napoles and Rodrigo Valdes. He also had a high finishing rate of 59%, with 59 of his 87 wins coming off a KO/TKO. Unfortunately, he suffered an untimely death in a car crash in 1995 at the age of 52.

New York’s Tiger Flowers burst into the sport’s limelight by famously beating the great Harry Greb in 1926 with a controversial split decision victory to become the first African-American middleweight champion. Despite the controversy which shrouded their first meeting, the ‘’Georgian Deacon’’ repeated the feat six months later in their rematch to pick another win over him.

Flowers only had a short nine-year boxing career where he racked up a career total of 119 wins (56 KO/TKOs), 15 losses and eight draws. Like the other great fighters on this list, he also suffered a premature death caused by an operation in 1927 at 34.