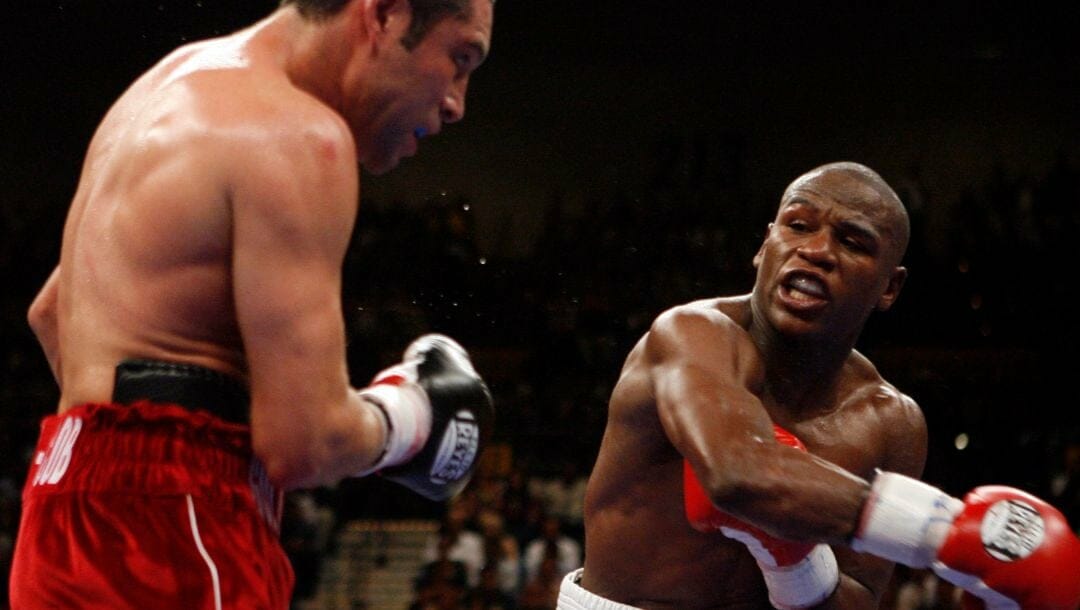 The welterweight division is considered one of the most competitive weight classes in boxing due to the depth of talented fighters competing in it. In fact, at least five undefeated boxers are gunning for the undisputed title, making online boxing betting more exciting.

But as these present-day top athletes contest the undisputed crown, the boxing betting odds were as busy as before, mainly thanks to the previous champions who once dominated the division during their prime years. We listed down the best welterweight champions in boxing history.

Hailed as the best boxer of his generation, Floyd Mayweather Jr. became an undefeated champion with 50 wins, including 27 KO/TKOs. After being a lineal champion in the junior lightweight and lightweight divisions, Mayweather Jr. moved up to the welterweight division to continue his undefeated streak. During his stint in the 147-pound division, he picked up 12 wins with three stoppages.

The man known as the pay-per-view king has cleaned out the division, accumulating impressive victories over notable fighters like Zab Judah, Ricky Hatton, Juan Manuel Marquez, Shane Mosley, Marcos Maidana, Andre Berto and Manny Pacquaio, en route to becoming the undisputed welterweight champion and places himself in the top five of all-time champions of the division.

Going undefeated in his first 25 fights with 16 stoppages, Sugar Ray Leonard earned his title fight against Wilfred Benitez in November 1979. Leonard proved too strong for the champion and scored a 15th-round TKO win to become the WBC Welterweight Champion. He then defended it over Dave Green before unanimously losing to Roberto Duran in his second title defense.

But five months later, during their rematch, Sugar Ray avenged his loss to Duran via eighth-round TKO. After reclaiming his title, he defended it against Larry Bonds and eventually won the WBA title by stopping the legendary Thomas Hearns. ‘’Sugar Ray’’ made his final defense of his title against Bruce Finch before finally moving up in a higher weight class. Overall, he amassed a professional record of 36 wins (25 KO/TKOs), three losses, and one draw.

Considered by many as not only the greatest welterweight fighter of all time but also the greatest boxer of all time, Sugar Ray Robinson is the most accomplished 147-pound to have ever fought inside the ring. His impeccable record of 110 wins, one loss and two draws in the welterweight division speaks for itself, plus the level of competition he faced is incredible.

Robinson reigned as the welterweight king from 1946 to 1951 before eventually moving up in weight to face tougher competition as he had already cleared up the contenders. In his 25-year boxing career, he picked up a total of 174 wins (109 KO/TKOs), 19 losses and six draws. He has victories over Fritzie Zivic, Marty Servo, Jake LaMotta, Kid Gavilan and Henry Armstrong.

Thomas Hearn may be the most natural welterweight on this list as he began fighting in this division before taking his talent to a heavier class. Twenty-eight straight victories were needed for him to crack a shot at the belt, and when he did, the ‘’Motor City Cobra’’ fully capitalized on it by picking up a second-round TKO win over Pipino Cuevas.

In his fourth title defense against Sugar Ray Leonard, he was cruising into yet another victory. He asserted his dominance in the division by defeating three more challengers in Luis Primera, Randy Shields and Pablo Baez, all via stoppages. Still, Leonard uncorked one of the most iconic come-from-behind wins in boxing history, and Hearn tasted his lone welterweight defeat from him. The Detroit native finished his career with 61 wins (48 KO/TKOs), five losses and one draw.

Barney Ross ruled the welterweight division for three years, notoriously known as one of the best tactician boxers of his era, from 1934 to 1937. After simultaneously holding his two titles in the lightweight and junior welterweight, Ross added a third title by outpointing Jimmy McLarnin in their championship showdown in 1934 to be the first three-division boxing champion in history.

Although he lost the rematch with McLarnin, he reclaimed the title in the trilogy fight with a unanimous decision from the judges. Ross then had four successful title defenses of his 147-pound belt in between stints from two other weight classes. Ross had an impressive professional record of 72 wins (22 KO/TKOs), four defeats and three draws. He may have paved the way for Henry Armstrong as he retired from the sport after he defeated him in 1938.

Boxing Odds at the Online Sportsbook

BetMGM is the premier online sportsbook for boxing odds.

Whether you’re a first-time bettor building a parlay, a casual boxing fan checking out heavyweight odds, or a seasoned pro breaking down historical trends, there are online sports betting opportunities for everyone.