The Greatest Underdogs in Horse Racing 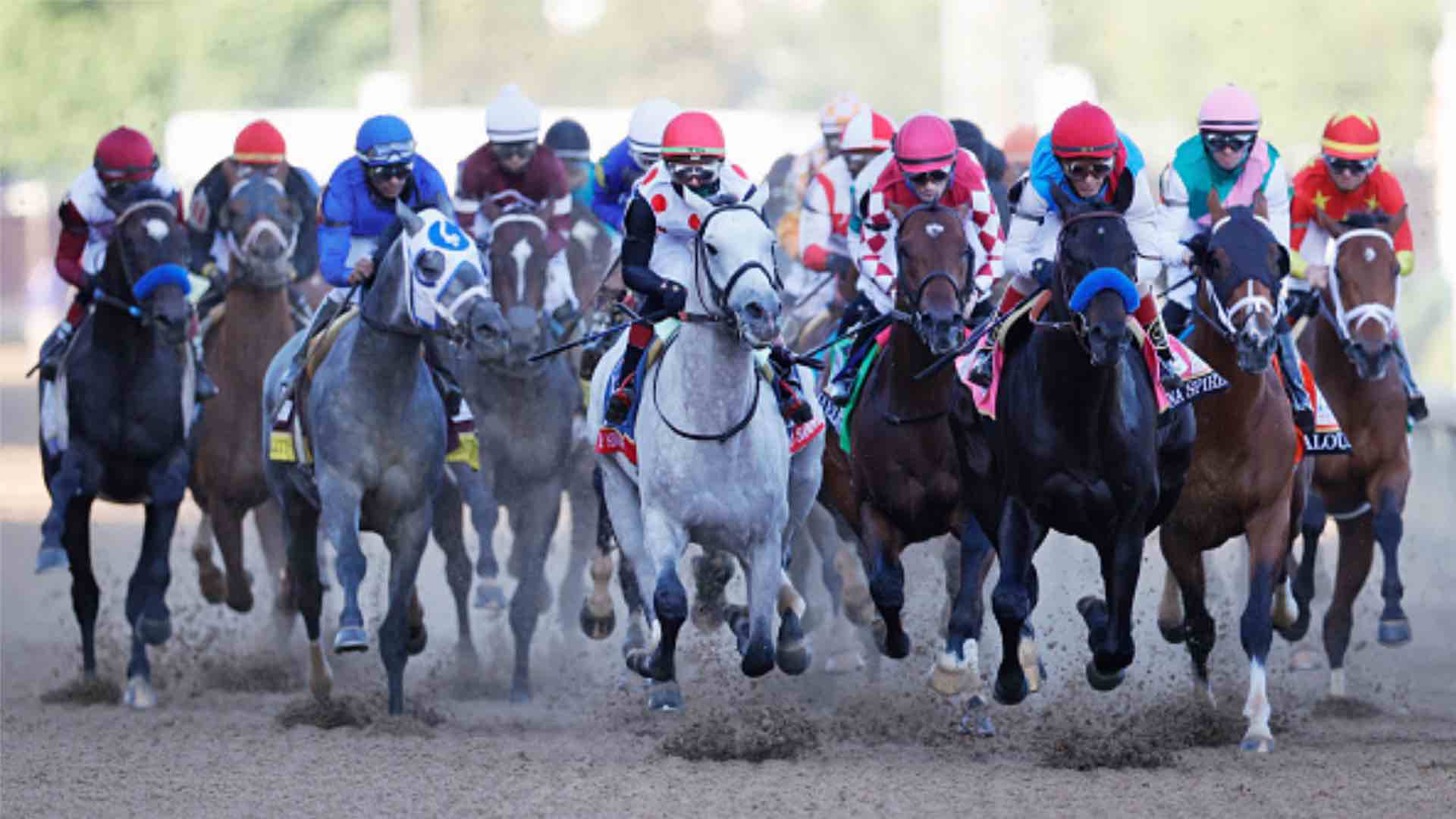 A great thing about sport is the sense of community. But you don’t have to play a sport to share in the drama and excitement. One of the sports with the biggest thrill factor is horse racing because it’s so condensed and intense. This excitement element is why racing is a highly popular sports betting market.

One of the most thrilling phenomenons in this sport is when an underdog wins a race. No matter how carefully you study the horse racing odds, a rank outsider can always beat the favorite – and this can cause a lot of upset. It can also make for big potential wins for the gamblers lucky enough to guess the correct outcome. In this blog, we present five of the greatest underdogs in the sport.

The Kentucky Derby is known as “the most exciting two minutes in sport,” where the best jockeys and fastest horses compete in “running for the roses” on the first Saturday of May.

The biggest upset at the Kentucky Derby occurred in 1913. That year, the race drew a record 30,000 people for a day of horse racing betting. The favorites were Ten Point and Foundation. Nobody thought about the rank outsider, Donerail.

Donerail had never won anything. His owner, Thomas P Hayes, didn’t want to enter him for the race. Donerail’s jockey, Roscoe Goose, begged Hayes to let him run. Then Hayes’ friend William J Treacy offered to pay the entry fee. Hayes accepted, and Treacy placed a $100 bet on Donerail to win for odds of +10000.

Donerail was at odds of 9,100 by post time. Eight horses lined up and got off to a perfect start. Ten Point opened up a lead of three lengths – his jockey had trouble restraining him. Foundation and Yankee Notions were running second and third.

Goose waited for the frontrunners to tire. Ten Point and Foundation were slowing down as the horses neared the stretch. Yankee Notions passed Foundation and aimed for Ten Point. Then Donerail shot past them all from out of nowhere and finished a half-length in front. The crowd went bananas!

The Preakness Stakes is the second title in the Triple Crown, and it has produced its fair share of upsets too. Possibly the best horse race champ to come from behind at Preakness was Charismatic.

It happened in 1999. Charismatic was a chestnut colt whose career didn’t start off great. He spent a lot of time in claiming races before his connections felt confident to enter him for classic races. Eventually an upset win in the Grade 2 Lexington Stakes at 1,200 odds earned Charismatic a spot in Louisville. His underdog odds there were 3,100. And he won, surging from seventh place after the ¾-mile mark.

It’s sensational when an underdog wins a race, but one swallow doesn’t make a summer. Charismatic didn’t get much respect at the windows in the Preakness Stakes. It was Menifee that had the highest odds for a horse to win, at -200. Charismatic was an 800 longshot.

A record 100,311 spectators watched as the horses broke from the gates. Charismatic settled near the back of the pack and accelerated as the field hit the home turn. He was five-wide.

Charismatic surged past his rivals one by one, and charged over the wire to win by 1½ lengths.

Suddenly Charismatic was a national hero. 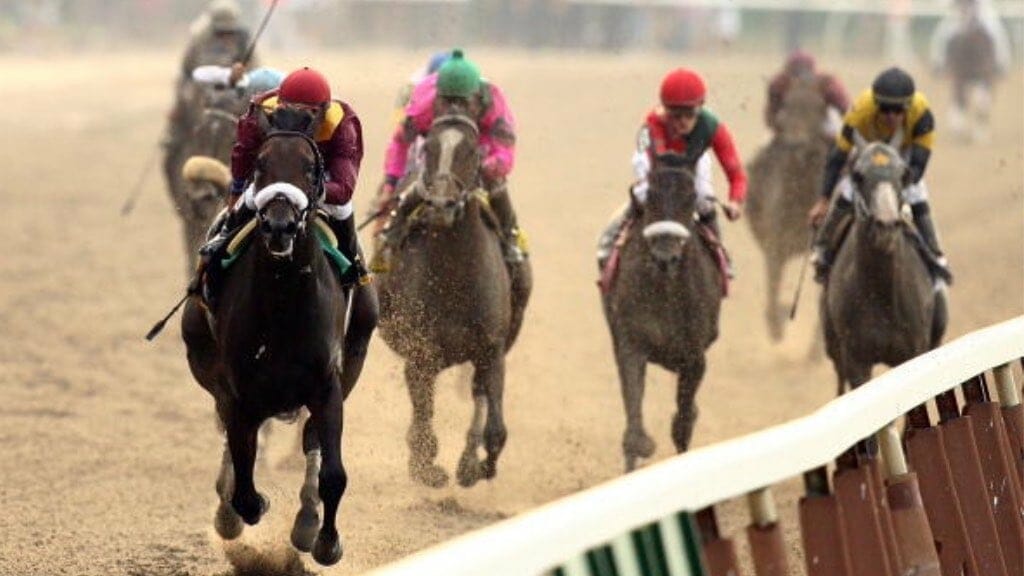 The horse race betting season hits peak drama at the Belmont Stakes. It’s known as the Test of Champions – the longest and toughest of the three classics, with a track length of 1½ miles. It’s also the final title in the Triple Crown.

A big upset occurred in the 2008 Belmont Stakes. Big Brown was the heavy favorite to be the first Triple Crown champion in 30 years. He arrived undefeated in five starts, which he won by a combined 39 lengths.

Big Brown’s victory seemed a foregone conclusion, but outcomes aren’t always ruled by the odds in the history of horse racing. This time it was 3,800-longshot Da’ Tara that upset the apple cart.

Da’ Tara broke out of the gate into the lead. Big Brown pursued his rival in the early going, running up on Da’ Tara’s heels into the first turn. Then Big Brown’s jockey, Kent Desormeaux, swung him wide to the outside and bumped Tale of Ekati.

Now Da’ Tara was in the lead down the backstretch, with Tale of Ekati in second. Big Brown was running third on the outside with a clear path. It was time for one of his explosive runs, and Desormeaux asked him to go – but the colt didn’t respond.

Desormeaux realized something was wrong and took Big Brown to safety. Da’ Tara opened up a clear lead on the home turn and stole victory by 5¼ lengths.

Camera footage later revealed that Big Brown had been running with a loose shoe.

The Grand National is a handicap steeplechase at Aintree Racecourse in Liverpool, England. Horses jump a gruelling 30 fences over a distance of 4 miles and 2½ furlongs (514 yards).

Tipperary Tim wasn’t expected to win the 1928 Grand National. He had some of the highest odds for a horse to win a race at 10,000. What’s more, his jockey, William Dutton, wasn’t even a professional.

Dutton heard a friend cry out at the start: “Billy boy, you’ll only win if all the others fall!”

And that’s what happened. The weather was misty, the going was very heavy and 41 horses out of 42 fell. It started on the first circuit as the field drew near the Canal Turn. Easter Hero fell and the rest piled up. Only seven horses came away from that fence with seated jockeys. By the second-last, just three were left.

The 1928 Grand National set the record for the fewest horses to finish this famous race. 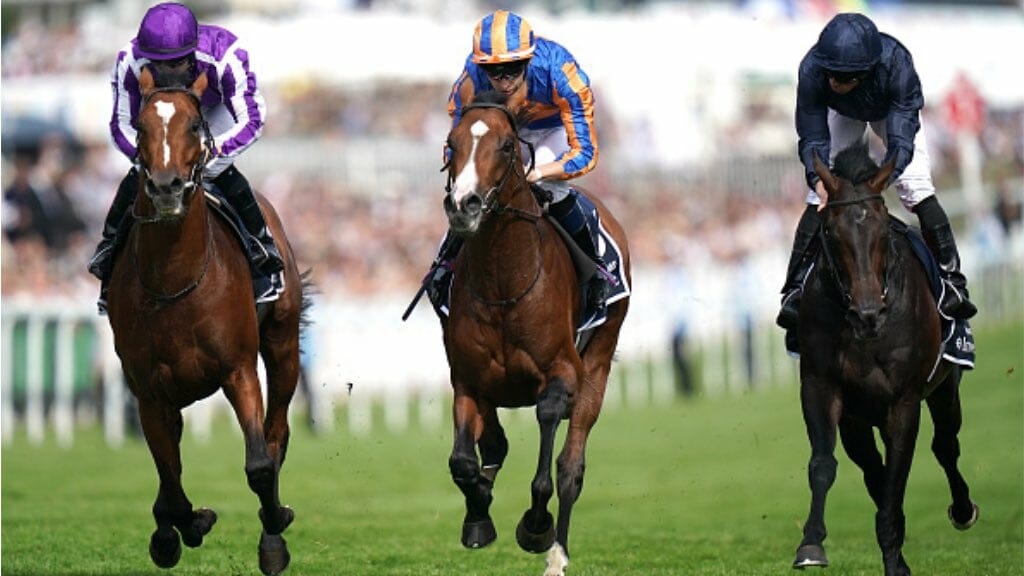 The 1913 Epsom Derby was the most dramatic horse race in history, featuring a personal feud, a protest and a 10,000-longshot winner.

The Epsom Derby is Britain’s richest flat horse race. One of the rich people at the 1913 Derby was Charles Bower Ismay. He owned Craganour, the heavy favorite.

Ismay was an unpopular man. His father was Thomas Henry Ismay, founder of the White Star Line of passenger ships. These included the “unsinkable” Titanic, which had sunk 14 months before.

Ismay had an enemy among the race stewards. Major Eustace Loder had lost several friends in the Titanic disaster and blamed the Ismay family.

The race was close. Craganour and 10,000-longshot Aboyeur barged against each other brutally all the way to the wire. Five horses crossed the line with hardly a length between them.

The officials declared that Craganour beat Aboyeur by a head. Then Loder convinced the stewards to lodge an objection. Craganour was accused of interfering with Aboyeur. Loder got his way, and Craganour was disqualified.

As if that wasn’t enough drama, a woman named Emily Davison was knocked down by a horse towards the end of the race. She was protesting for women’s rights and walked in front of Anmer, owned by King George V. Davison was knocked unconscious, never to recover.

Wager on horse racing – and many other sports – at BetMGM

Enjoy all the drama and excitement of horse racing betting when you sign up at BetMGM. Our betting app gives you access to NYRA Bets on desktop, Apple and Android devices. Betting markets include marquee events like the Kentucky Derby, the Preakness and Belmont Stakes, and the Breeders’ Cup, as well as international races such as the Grand National, Melbourne Cup, Saudi Cup, Dubai World Cup and Royal Ascot. You can also access daily horse racing content, with live streaming video and race highlights.