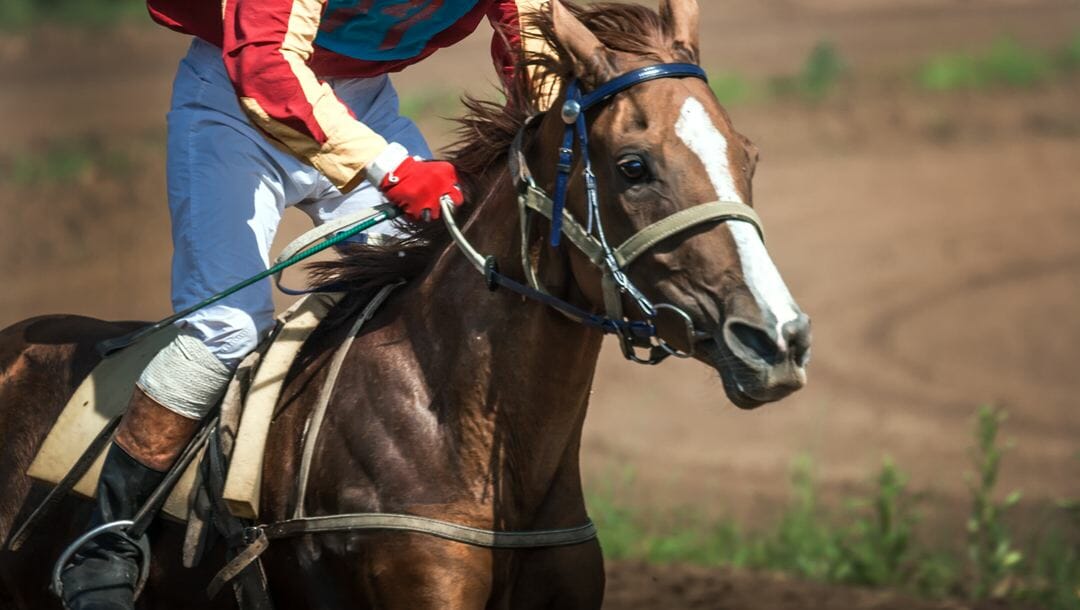 If you’re a fan of online sports betting in the horse racing industry, then you’ll have noticed that every horse has a unique name. The Jockey Club in the US is in charge of the naming of racehorses, and they have to decide whether to allow certain names or not.

With thousands of horse racing tournaments happening around the world every year, it’s important that every horse has a unique name. There are some rules around the naming of racehorses in the US. Firstly, they can’t have the same name as another racehorse unless the name is old enough to be used again. However, famous old names like Seabiscuit may not be used. There’s an 18-character limit to the names, and they shouldn’t be vulgar or inappropriate (although some rather dubious ones seem to pass through).

Let’s take a look at some of the weirdest horse racing names in history, some of which you might have come across if you bet on horse racing.

Potoooooooo is a racehorse that was around in the 18th-century. He got the name through a bit of a misunderstanding or a bit of stable banter; no one really knows which one. The horse was originally named Potatoes. The new name came into being when the stable hand tasked with writing his name on the stable door diligently wrote down “Pot” followed by “8 o’s”. The owner took quite a liking to it and decided to formally keep the name.

There doesn’t seem to be a lot of information about where Arrrrr got his name from, but nonetheless, it was certainly one of the most entertaining names out on the track. He wasn’t a bad runner either! Arrrrr won at Saratoga on August 16, 2008, and track announcer Tom Durkin will forever be remembered for yelling “ARRRRR, ARRRRRR, ARRRRRRRR!” as the horse ran out the winner. With parents named Into Mischief and Antics, respectively, you just knew that this filly born in 2016 was going to have a great name, and the owners didn’t fail to live up to expectations. Donald Trump had just unleashed a new word on the world with what is believed to be a misspelling when he tweeted, “Despite the negative press covfefe.”

Luckily, Covfefe was actually an impressive runner, and she won at Churchill Downs in September 2018. She also won a $1 million race in the Breeders’ Cup at Santa Anita Park in Arcadia, California.

It really is a wonder that some names were approved by The Jockey Club, and Effinex is one of them. You could probably put a bet on where that name comes from. Yes, indeed. Owner Dr. Russell Cohen named the young horse after his ex-wife. The colt took a while to come around, but he won three stakes races and came second in the Breeder’s Cup at the age of 4.

Read this name slowly and with a break between the words, and it seems like a really lovely name for a racehorse. It’s easy to see why this name was approved by The Jockey Club. However, if you say that name really fast a couple of times, you’ll get the point. Needless to say, shouting it out quickly over the loudspeakers during a race was always something that was difficult to do with a straight face. 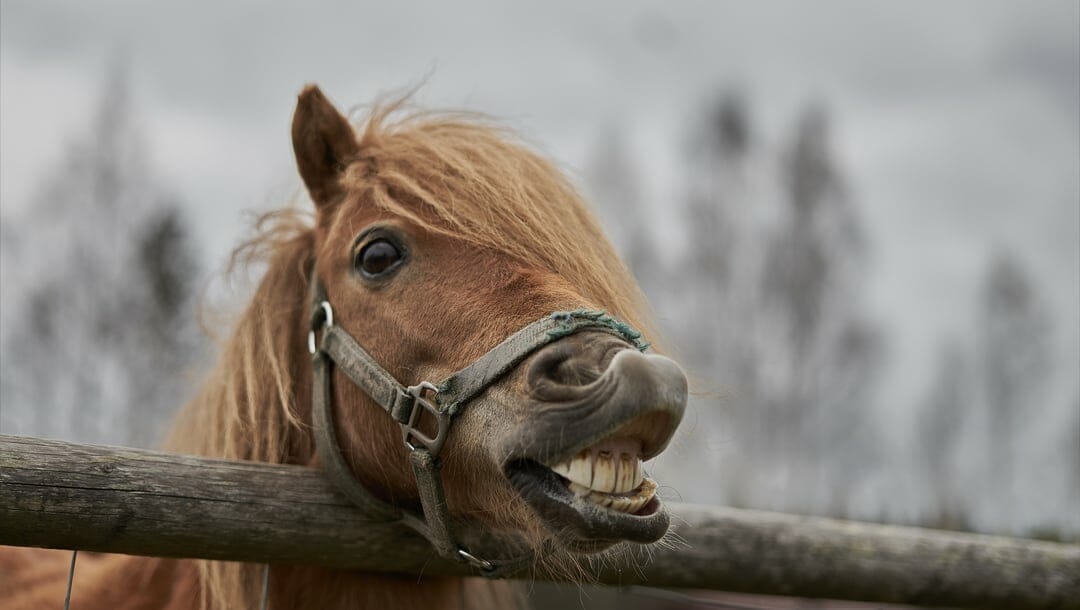 Unless you’ve been living under a rock, you’ve probably heard of the racy trilogy of books, Fifty Shades of Grey. The owners of this young filly obviously took a liking to the books themselves or wanted to produce an equally racy horse.

Fiftyshadesofhay wasn’t exactly a superstar, but she did win five of her 20 starts and banked about $1 million in her time.

At the time when Sarah Palin governed Alaska, Todd, her ex-husband, enjoyed being addressed as “first-dude.” Fast forward to 2008, Palin’s vice-presidential campaign was in progress and a mare named Run Sarah Run produced a colt at around the same time. Needless to say, the colt was named First Dude, and he actually turned out to be a great runner. First Dude finished second in the 2010 Preakness Stakes.

Odor in the Court

Horses are often given a name that is influenced by their sires, which is exactly what happened in the case of Odor in the Court. Any guesses what the name of his sire was? Judge Smells!

Before you get confused, these are three different horses we’re talking about. They were all owned by Mike Repole, who sold his company Glaceau to Coca-Cola for $1.4 billion in 2007. So it’s safe to say that he wasn’t lacking on the money front. However, that didn’t mean he was happy with the way his much-loved wife, Maria, went about spending their wealth. He named several horses in this vein to try to get her to stop her frivolous spending habits. In fact, Stopchargingmaria was actually quite successful; she won the 2015 Breeder’s Cup Distaff and brought in more than $3 million in her career.

Bet on horse racing with BetMGM

So how do you bet on horse racing at BetMGM? You’ll be happy to know that it’s really straightforward. All you have to do is create an account and click on the horse racing section to get the best horse racing odds, NYRA racing information and NYRA bets.

Register with one of the best horse racing betting websites, BetMGM.