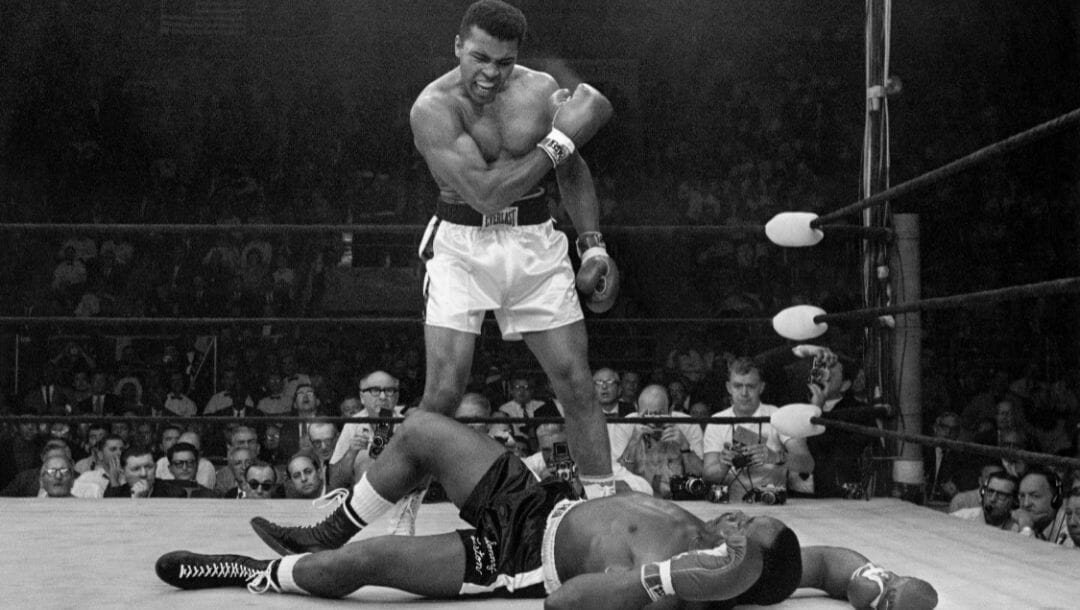 Boxing arguably remains the top combat sport in the world and one of the best indicators of it is how fans engage in online boxing betting. With its rich history and iconic athletes the sport produced, there is no doubt that boxing is still one of the most popular sports worldwide.

Speaking of iconic athletes, we’ve listed the top ten best boxers of all time who defied the boxing odds to be included in this group, in no particular order because there are too many factors to consider, such as the weight difference, era and overall accomplishments.

Formerly known as Cassius Marcellus Clay, Jr., Muhammad Ali was already a proven winner when he bagged the gold medal in the 1960 Olympics in the light heavyweight division. He then claimed the Heavyweight Championship by stopping Sonny Liston from becoming the youngest boxer in history to dethrone a heavyweight champion.

In 61 professional bouts, Ali got 56 wins (37 knockouts) against 5 losses. During his reign as the champion, he defended his title 19 times and was the only man to win the heavyweight title three times.

In a 25-year career, Sugar Ray Robinson stockpiled an impressive 201 fights, won 174 (109 via knockouts) with 19 losses and 6 draws. His knockout power has earned him the welterweight and middleweight titles for a combined 14 years of title reign.

Robinson fought in four different weight classes (lightweight, welterweight, middleweight and light heavyweight) and is the only boxing champion to win a world title in one division five times.

The “Brown Bomber” racked up 66 wins (52 knockouts) and only received 3 losses in his career. Joe Louis was inducted into The Ring Magazine Boxing Hall of fame in 1954 before he was included in the International Boxing Hall of Fame in 1990.

Duran got his first championship when he stopped Ken Buchanan in their Lightweight Championship showdown in 1972 and defended it 12 times before moving up in the welterweight division in 1979. After four successful bouts, he challenged Sugar Ray Leonard for the welterweight title and dethroned him.

Rocky Marciano is one of the fighters in boxing history to finish their career undefeated. He collected 49 wins with 43 knockouts in only 8 years. Marciano needed 42 fights before he got a title shot where he knocked out Jersey Walcott in their showdown.

He defended the title six times against Jersey Walcott, Roland LaStarza, Ezzard Charles (2 times), Don Cockell and Archie Moore before calling it a career in 1956 at 32. Marciano was known for his powerful right hand, making him one of the feared fighters during his time.

Guillermo William Papaleo or Willie Pep had an illustrious boxing career with 241 fights, winning 229 (65 knockouts), losing 11 and drawing 1 match. He defeated Sal Bartolo in their world featherweight title match in 1946 to become the undisputed champion and held the belt for 9 years.

A testament to Pep’s greatness was his ability to come back after he suffered a severe injury in a plane crash. His boxing skills were paired with his sense of humor, furthered upped his popularity in the 1940s and 50s.

Henry Armstrong was the first to be a three-weight title holder simultaneously. He held the featherweight, lightweight and welterweight titles at the same time between 1937 to 1940 and successfully defended the welterweight belt 19 times.

#HenryArmstrong .. A World Boxing Champion who was one of the few fighters to win in three or more different divisions: featherweight, lightweight, and welterweight. He defended his welterweight title a total of nineteen times

Armstrong’s 99 knockouts in his 149 career wins are proof that he has the power to sleep any opponent that he was pitted against. He lost 21 times, though most of them came in the latter stage of his career.

Jack Dempsey instantly became a famous fighter with aggression and beautiful technique during his time. In 67 professional fights, he won 53 (43 via knockout) and only lost 6 with 8 draws. He won the world heavyweight title in 1919 after stopping Jess Willard in under three rounds.

Dempsey defended it five times before losing it to Gene Tunney in 1926, and he was considered to be boxing’s first “idol” Jack Dempsey still goes down as one of the greatest boxers of all time.