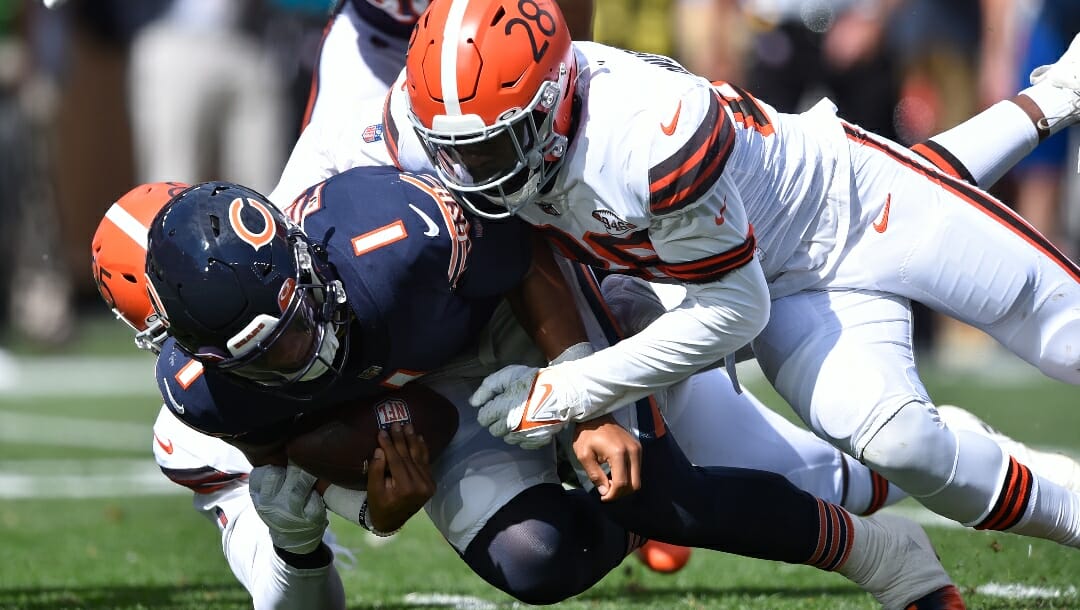 When it comes to online sports betting, one of the most popular NFL bets is over/under total points. That way, you can root for both teams when they have the ball and just cheer for every score.

With that said, few things are more frustrating than watching a struggling offense in a game where you took the over. A bad offensive game in the NFL looks something like less than 200 total yards and less than 10 points.

But those types of games are nothing compared to the offensive showings we’re about to dive into here.

The Chicago Cardinals, now known as the Arizona Cardinals, had a rough showing against Philadelphia in a 27-3 loss. The Cardinals ran for 61 yards and threw for 48 yards but lost 60 yards on seven sacks.

In a 43-0 loss against the Baltimore Colts, Buffalo managed to throw for 121 yards. The rushing attack gained just four yards on 11 attempts. But pass protection was an issue, to say the least. The Bills allowed nine sacks for 76 lost yards.

The Chicago Bears recorded only six first downs and 47 total yards of offense in a 26-6 loss to the Cleveland Browns in Week 3 of the 2021 season.

Justin Fields went 6-for-20 for 68 yards and was sacked nine times as the Bears had the second-lowest yardage total in franchise history.

But the Steelers turned the ball over five times, three of which were returned for touchdowns. Kenny Wright scored on a 40-yard fumble return, and Aaron Glenn had two pick-sixes of 70 yards and 65 yards. The lone offensive score for the Texans was a Kris Brown 43-yard field goal.

The Falcons lost 15-0 to San Francisco in this game, passing for 46 yards and rushing for 83 yards. Atlanta allowed an astounding 85 yards in sacks.

In a 43-0 loss to Pittsburgh, Cleveland ran for only nine yards on nine attempts. The passing game totaled 52 yards, with nine yards allowed in sacks.

Green Bay allowed 80 yards in sacks in this 28-7 loss to Cincinnati. The offense totaled 71 yards on the ground while adding another 45 yards through the air.

Denver quarterbacks really struggled in this one. Mickey Slaughter went 0-for-7 passing while John McCormick went 2-of-13 for -1 yards. The Broncos ran for just 33 yards in this 45-7 loss to the Houston Oilers while giving up six yards in sacks.

In a 37-7 loss to Buffalo, Cleveland quarterbacks Luke McCown and Jeff Garcia went a combined 9-for-21 for 67 yards while losing 70 yards in sacks. The Browns mustered just 29 yards rushing.

Yes, that’s a negative sign before that 5. In a 51-0 loss to Oakland, the Broncos completed two passes for 17 yards. The backfield managed only 48 yards rushing, and the offensive line gave up 70 yards in sacks.

The Weekly Showstopper: Broncos vs. Raiders, Chiefs vs. Buccaneers and North Carolina State vs. Clemson