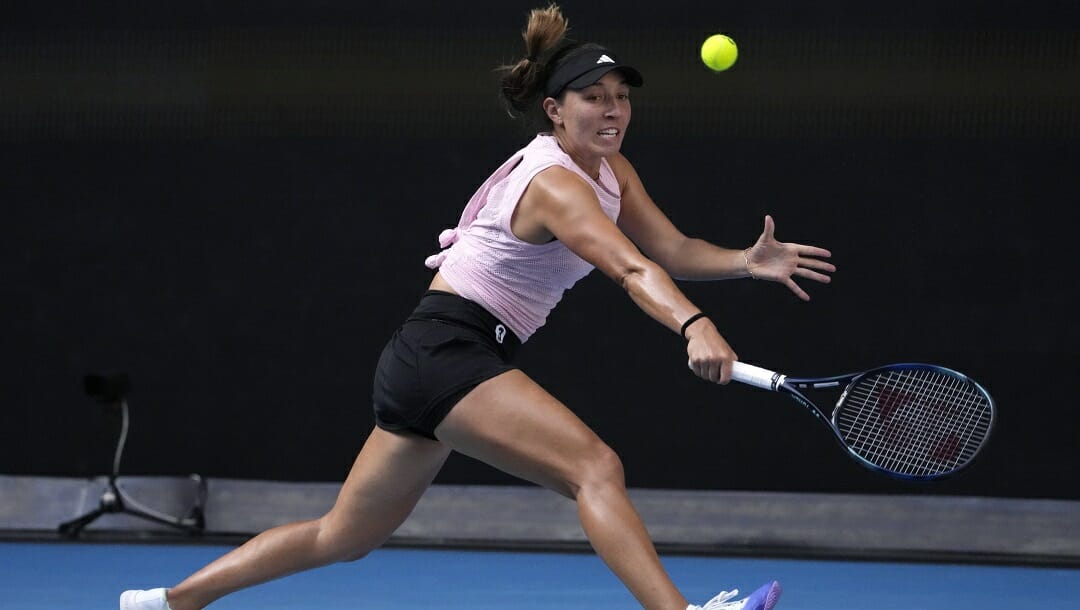 The Australian Open is entering its second week, which means the tennis betting opportunities at hand are fewer and tougher to handicap.

Fortunately, I’m crunching the numbers so you don’t have to.

Australian Open Predictions: My Favorite Bets for the Quarterfinal Round

Early last week, as the Australian Open was getting underway, I mostly preferred tennis odds coming out of the men’s draw.

However, as the tournament marches on, I’m more inclined to prefer some of the spots from the women’s draw.

Here are some of my favorites for this upcoming round.

Rybakina is in the midst of a career-best run, winning her first slam title at Wimbledon last season and now taking down No. 1 Iga Swiatek at the Australian Open. She is worthy of her -250 favorite status in this match.

However, I also wonder how much of this price is based on her past resume, rather than her present matchup.

Ostapenko is 2-0 head-to-head against Rybakina, including a 2019 hardcourt victory at WTA Linz.

Your mileage may vary on how relevant an Austrian result from three years ago is to Tuesday’s match, but I suspect it could be relevant. Rybakina may struggle to absorb Ostapenko’s raw power, particularly on faster courts like in Melbourne. (Her other H2H win is at Eastbourne, a Wimbledon warm-up played in June on grass.)

Rybakina’s recent win over the aforementioned Swiatek is impressive, but tennis experts came into the women’s draw unconvinced that Swiatek would dominate the field as she did at times during her 2022 tour. Ostapenko’s fourth-round win over Coco Gauff (7-5, 6-3) is arguably a more impressive form indicator.

I like Ostapenko in the match regardless of the price, so seeing the number at +200 offers great return potential.

Sebastian Korda earned arguably the best win of his career last week when he took down Daniil Medvedev in straight sets, 7-6, 6-3, 7-6.

The Korda upset (+350) was particularly shocking since Medvedev has made it to the championship round in each of the last two seasons.

Now in the quarterfinals, a hot Korda is attracting some betting interest in the wake of his conquests. He enters a Final 8 match against Karen Khachanov as a nominal -130 favorite.

It’s hard to step in front of a player who might be operating at the highest level of his entire career, but I’m going to go for it in this spot.

Khachanov has been just as good as Korda through the first week in Melbourne, but he doesn’t quite have the signature pelt on his wall to show for it. Consecutive wins over Yoshihito Nishioka and Frances Tiafoe have been wildly impressive.

Korda and Khachanov have played just one best-of-five match before – 2021 Wimbledon – which Khachanov won in five. I think we could be in line for a similar outcome here.

This is more of a value play for me. I think both of these players are really good, and this match is a total toss-up.

Azarenka and Pegula have played four times in the last two years, with each player winning twice.

The first set, in particular, has been tightly contested in nearly every match they’ve played. (The one outlier is WTA Berlin in ‘21, which Azarenka won handily. Perhaps not coincidentally, this was the only match the pair has played that wasn’t on hardcourt.)

So, I expect a competitive match with a particularly tight first set.

Personally, I think it’s tied to her seeding. Pegula is the No. 3 seed in this year’s Australian Open draw, which makes her the highest remaining seed in the tournament.

Those well-versed in tennis odds can tell you that this is a particularly irrelevant factor in betting, but the avalanche of random bettors who swoop in for grand slam action are often swayed by semiotics like seeding.

Regardless, the fact remains that I don’t think Azarenka should be getting this much hate. At +220, she’s a bargain to remain competitive.

Magda Linette became a fan favorite after upsetting No. 4 seed Carolina Garcia as a +230 underdog and crashing the quarterfinals. Alongside Donna Vekic, she is one of just two unseeded players left in the women’s draw.

Pliskova has a career 7-2 head-to-head record against Linette, yet Linette is a noticeably short dog in this spot.

One reason that could be the case is that these two played in the Billie Jean King Cup just two months ago, with Linette winning, 6-4, 6-1.

Pliskova is a former No. 1, so the tennis betting community knows what she can produce when she’s got her best game. But she’s also been the benefactor of a supremely easy draw. Linette, who has beaten top-20 players in back-to-back Australian Open matches, may have superior form right now.

Betting on the Australian Open is an amazing way to experience the two-week tournament each year!

With a variety of online sports betting markets, including tournament winner, match winners, live betting, and parlays, there’s entertainment for everyone. And BetMGM’s easy-to-use website and sportsbook app makes it easy for anyone to bet regardless of their sports betting expertise and tennis knowledge.

Get closer to the action today with update Aussie Open odds!