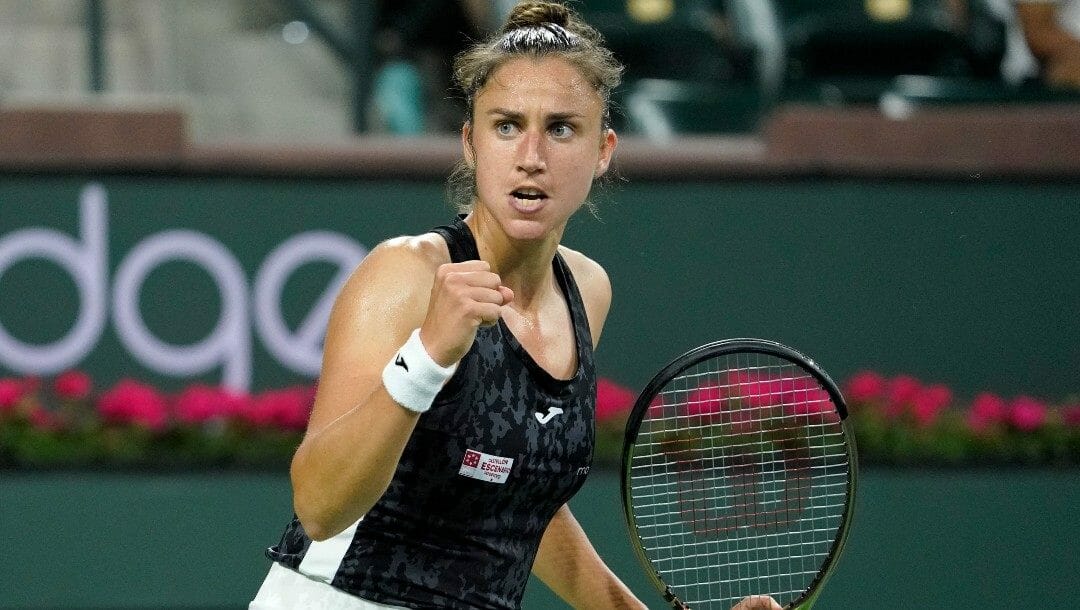 We’re only about a month away from Roland Garros, with French Open odds already available to bet online at BetMGM. Clay season is very much underway.

One of the big stops on the women’s tour is the WTA 1000 tournament in Madrid, which begins this week. While men’s tournaments have already been going on throughout the week with smaller tournaments in Portugal and Germany, Thursday marks the beginning of one of the major draws for the women’s tour.

Naturally, I’m here to break down the first round and hand out a few solid winners. Here we go.

Anastasia Pavlyuchenkova is the No.15 women’s tennis player in the world who owns a 3-1 head-to-head record against Sara Sorribes Tormo. Her most relevant win in the series came last year, when she scored a dominant 6-1, 6-3 Olympic win over Tormo in Beijing.

Given the background, it’s fair to wonder why Tormo is a healthy -185 in the contest. At first glance – and so many novice tennis bettors just glance at rankings and go from there – it might seem like Pavlyuchenkova is a potentially valuable position at +140.

The problem is that AP hasn’t played competitive tennis since the Australian Open because of a knee injury. At this point, her third-round loss to Sorana Cirstea was more than three months ago.

Hi Guys! Quick update .. 😔 Unfortunately, i’m out for 10 weeks , due to my ongoing knee injury! Doing my rehab and everything i can to be back soon and as fit as ever! More info here : https://t.co/ViXvbZBwpA pic.twitter.com/9NeV8YAHJq

In the meantime, Tormo has been acclimating to clay season. She had won eight straight sets of tennis against fairly good players before finally losing to Anastasia Potapova (Rk. 78) in the quarterfinal round of last week’s WTA Istanbul.

Even when you’re as good as Pavlyuchenkova, it’s very difficult to come off the couch and play someone who’s in form on a fresh surface. There’s a reason the book has priced the inferior overall player as the favorite here.

Ride with the Spaniard on home court. (It’s rarely a bad idea to bet Spanish players on clay, anyway.)

Obviously, this is an extremely specific bet that I’m recommending here, but I think the payout is worth the risk.

Aryna Sabalenka is the third-seeded player in the Madrid draw and the No. 4 player in women’s tennis, but she is absolutely famous for winning the first set but losing the match. I have lost count of the number of times I have live bet against her while she was winning by a score of something like 6-4, 3-2.

Here, Anisimova is a very sharp play at even odds. She’s 3-0 in her career against Sabalenka, with the most recent win actually coming earlier this month on the clay courts in Charleston.

In short: Sabalenka is a requisite favorite because of marketplace pressure tied to her top-5 ranking, but Anisimova is the side that most tennis sharps will put their money behind.

But if you want to really leverage Sabalenka’s proclivities in favor of your wallet, bet on the three-setter. It happens absolutely all the time – including in that match earlier this month in Charleston, where Anisimova won 3-6, 6-4, 6-3.

Simona Halep and Ons Jabeur are two of the biggest favorites of the first round, but a two-leg parlay only gets us to -375.

I can make the math more favorable by making this a three-leg parlay and adding in Yulia Putintseva to defeat American Shelby Rogers. The three of them together payout a beautiful -105, which is right around the cost of a normal straight bet in football or basketball.

Putintseva, on the other hand, has already won five clay matches from three different tournament appearances over the last month.

Both players are similarly ranked, but Putintseva is just in much more reliable form right now.